It could be the beginning of a new journey for Malaysia’s Daren Liew when he nailed the men’s singles title in the USD15,000 41st Yonex Polish Open final in Arlamow on Saturday.

The 27-year-old Daren, seeded No 8 defeated No 5 seed Emil Holst of Denmark in the final which lasted 34 minutes – his first title since winning the French Open in 2012. His win would not come at a better time for a timely boost for his qualifying round matches for a place in the main draw of the USD500,000 Maybank Malaysian Open from March 31-April 5 in Kuala Lumpur.

To add to Malaysia’s joy the mixed doubles pair of Chan Peng Soon-Goh Liu Yin won the mixed doubles with a 28-26, 21-18 win over India’s Akshay Dewalkar-Pradya Gadre. It was a tough fight in the first set in the 39 minute against the Indians but once the Malaysians got into stride it was a smoother journey for the champions.

The win in only their second tournament together after Liu Yin was sidelined with knee injuries which saw their world rankings plummet to a low 168.  They were once ranked No 3 in the world.

Malaysia can expect more from this pair as they have set their sights on qualifying for the Rio Olympics in 2016.

“This win means a lot to me for my badminton career,” said Daren, who skippered Malaysia to the Thomas Cup Finals in New Delhi in June last year. “My confidence has received a big boost.”

His win over the Dane made up for his disappointing defeat to India’s Anand Pawar in the second round in the Swiss Open. 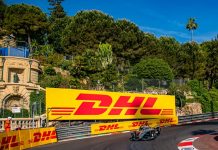 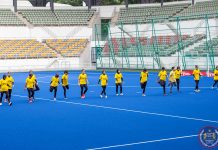