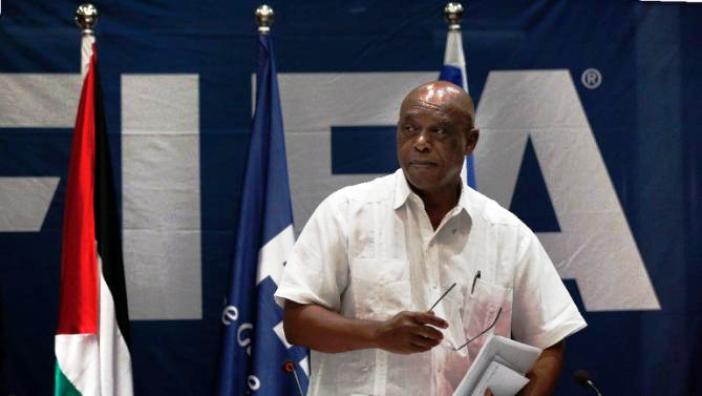 South Africa’s Tokyo Sexwale was on Monday urged by his own national governing body to explain his lacklustre election campaign as he bids to take over corruption-plagued FIFA.

Sexwale, the only African candidate bidding for the job, is up against four rivals in the ballot to replace disgraced Sepp Blatter and become the most powerful man in football.

But Sexwale, a former Robben Island prisoner with Nelson Mandela, has made little impact ahead of the vote on February 26, triggering concern from the South African Football Association (SAFA).

“The NEC (National Executive Committee), which is the highest decision-making body of the association, raised concerns about his low-profile campaign and they want him to come and explain himself,” SAFA spokesman Dominic Chimhavi told AFP.

SAFA, which endorsed Sexwale’s bid, said at the weekend that it wanted to speak to him ahead of a key Confederation of African  Football (CAF) meeting in Kigali on February 5.

Sexwale’s spokesman said he was currently out of the country.

“By the time that indication came, we had already planned to travel, so we are going to be seeing them next week,” Sexwale’s spokesman Peter-Paul Ngwenya told AFP.

Sexwale, 62, became a millionaire business tycoon in the years after apartheid fell, and was on the team that won South Africa the right to host the 2010 World Cup.

He also serves on FIFA’s anti-racism and anti-discrimination committee.

“We are there to support him and we need to know what he thinks needs to be done going forward,” SAFA chief executive Dennis Mumble told the City Press newspaper on Sunday.

The highlight of the Sexwale’s manifesto is a call for the ban on sponsors’ names appearing on national team shirts to be scrapped, which could greatly boost the income of cash-strapped associations.

He has also said he was determined “to repair the damage done to the FIFA brand globally” and to promote the game in Africa and China.

“I didn’t want to be president but seeing the problems I thought I would stand,” said Sexwale in one of his few recent interviews.

“I feel very sorry for (Blatter). I don’t say he was a friend but he is a friend… Blatter’s work is a monument that stands for itself.”

FIFA’s leadership has been decimated by an unprecedented set of corruption scandals.

Thirty-nine people have been charged by the US with corruption going back decades, while Swiss prosecutors have also opened investigations targeting Blatter and the bidding process for the 2018 and 2022 World Cups.