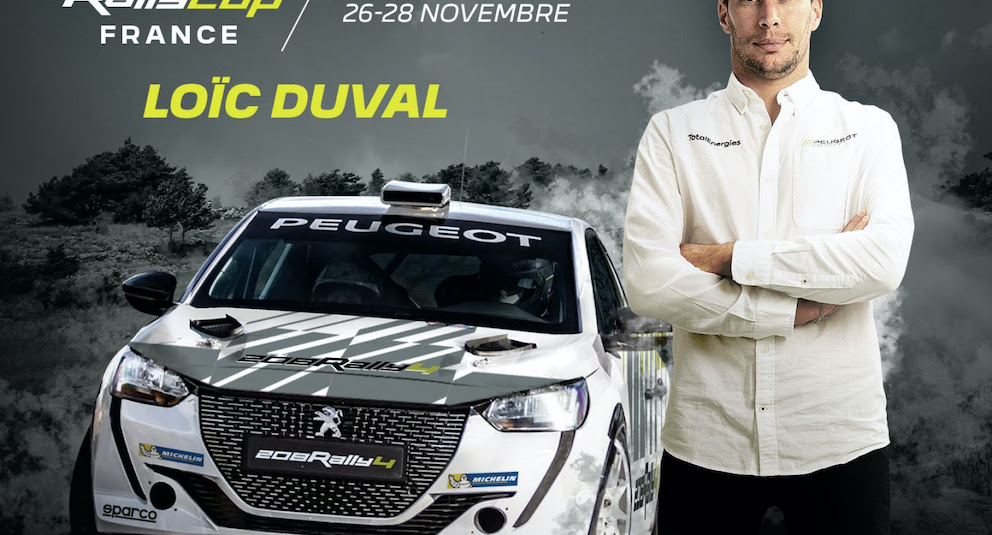 Peugeot World Endurance Championship (WEC) driver Loic Duval will take the wheel of Peugeot 208 Rally4 for his first ever rally during the final round of the 208 Rally Cup at Rallye du Var, November 26th-28th.

24 Hours of Le Mans winner and WEC champion, Duval will take to the grid with Peugeot 9X8 in 2022.

When you became a Peugeot WEC driver, did you ever expect to find yourself participating in a rally? What do you imagine your experience will be like?

“It never crossed my mind! Rallying is a part of the heritage and DNA of Peugeot Sport, whether it be in rally-raid with the Dakar or the brand’s history in WRC. To this day, I have never done a rally and never thought that I would get the chance to try out this new challenge. It is an opportunity that I could not turn down. It is hard to imagine what I am throwing myself into, but I know it will be a great experience that I have to go into with an open mind in order to properly take on this new category and car. The 208 Rally Cup has a great atmosphere, which makes me all the more excited to participate in this rally!”

What vision do you have of rally?

“In my opinion, rally drivers are crazy to do what they do! Much more than we are on a racetrack. When you watch a rally, especially on the different surfaces like in Finland, Australia or Mexico in extreme conditions, with jumps and huge pace, it is far from what I know of asphalt driving. To have blind confidence in your co-driver when going into a turn with only the notes they are announcing, I have an image of fearless crews that are able to do great things and I admire them for it. It is a sport that is gripping to watch from the sidelines and is impressive to see what the teams are capable of.”

What experience could rallying and the 208 Rally Cup bring to you?

“There are many aspects that will benefit me. There is an adaptation that we do not have in circuit racing. Although the surface can change, the turn is always the same no matter the weather and we rarely run into obstacles on the track. The ability to adapt to any condition, weather, dirt or obstruction on the road, is interesting to me and something I could take away from this experience. There is also a risk factor that in my opinion barely exists in circuit racing anymore; there has been a huge development in security of the cars and the tracks. In rally, you cannot forget that around the corner there could be a guardrail, a tree or ravine. This notion of taking risks will be something new to overcome and introduce to my circuit driving.”

You have never driven a rally car, how do you prepare for something like this?

“The preparation will be to arrive humble. Of course, I know how to drive but it is a very different approach. It is important not to set goals too high other than to have fun at the wheel of the 208 Rally4. There will be a learning curve, so it is important not to expect strong performance but to work with experienced people, my co-driver Gwenola Marie, the team Lycée St Vallier, the other 208 Rally Cup drivers and take in a maximum of information from the environment. I will have to create a new rally database by asking questions and gathering as much information as possible as quickly as possible.”

The benchmark in the two wheel-drive class