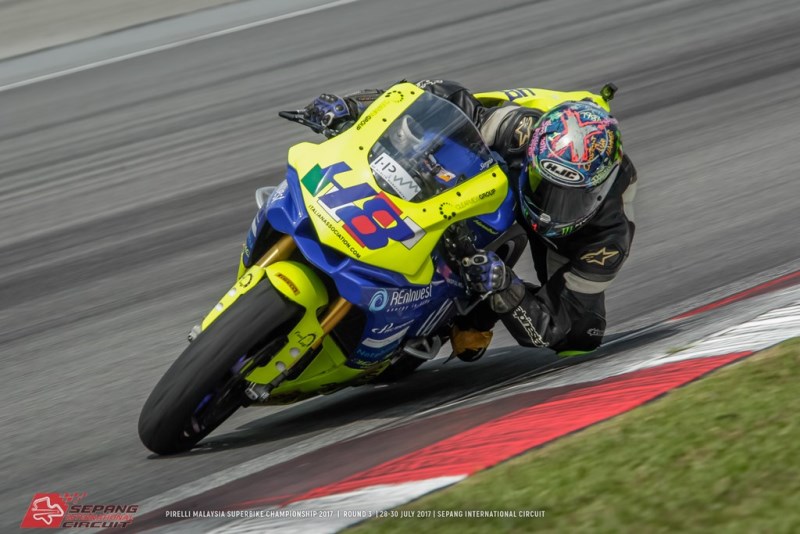 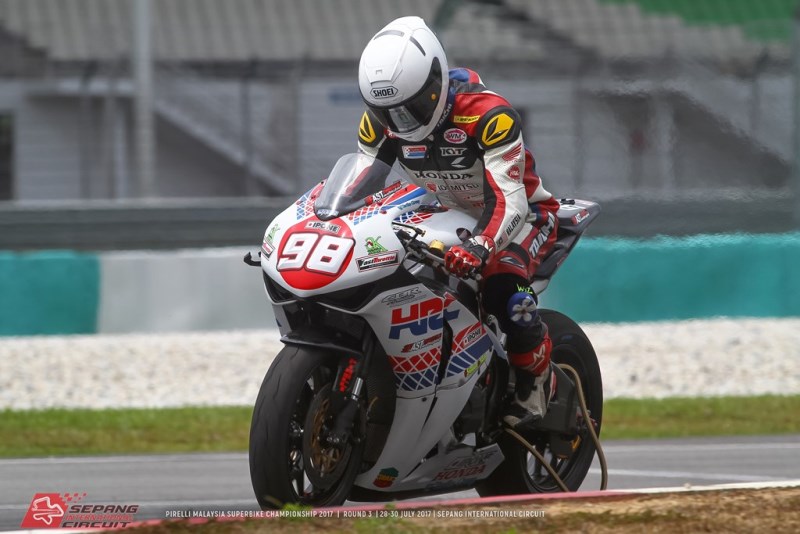 The 2017 Pirelli Malaysia Superbike Championship (MSBK) moves into its final round this weekend with the stronger focus on the battle between Switzerland’s Jonathan Serrapica and Mohd Hafiz Nor Azman to win the prestigious Superstock Championship to join this season’s newly-crowned champions – Muhammad Farid Badrul Hisam (Superbike) and Germany’s Ismael Smajli (Supersport).

While a tense battle is on the cards for Serrapica and Mohd Hafiz, Farid and Smajli can treat Round 5 in a more relaxed manner with their Superbike and Supersport crowns already secured in the previous round.

Sitting in second place on 135 points, 23 points behind Serrapica (158) in the Superstock standings, the odds are against Fastthrottle Motorsports rider Mohd Hafiz, whose aspiration to win his first MSBK crown has been adversely affected by his absence in the opening round.

With a total of 50 points up for grabs this weekend, Mohd Hafiz had been in supreme form in the last three rounds to close the gap to Serrapica and taking the championship battle to the wire – in contrast with to Superbike and Supersport championship.

India’s Rajini Krishnan – winner of the overall crown last season – has no answer to the power and skills of the former Malaysian Moto3 wildcard rider Muhammad Farid Badrul Hisam, who garnered a massive 170 points after four rounds against Rajini’s haul of 117 points in the Superbike category.

It was a similar story in the Supersport championship, which saw Smajli defending his title with a round to spare. After four rounds, the BikeART Kawasaki rider has collected a massive 164.5 championship points with his closest rival, Khurana Dhiraj only managing 104 points.

The contest, however, heavily favours Muhammad Aiman, who holds a 23-point advantage (135) over Muhammad Jazil (112). With 110 points, Luth Harith mathematically has a fighting chance to be the champion this season.

It is a two-way battle for the coveted crown in the KTM RC Cup between Muhammad Ibrahim Norrodin – the younger brother of Malaysia’s Moto3 rider, Adam Norrodin – and Muhammad Izam Ikmal, who has a mountainous task to deny his more celebrated rival.

With just two races and a maximum of 50 points up for grabs, Muhammad Ibrahim has a total haul of 164 points and a 14-point advantage over Muhammad Izam. Ahmad Idham Khairuddin – the younger brother of top rider Zulfahmi Khairuddin is third with 101 points and out of the championship battle.

Adding excitement to the Malaysia Superbike Championship will be the inclusion of Moto2 rider Hafizh Syahrin Abdullah, who will be racing for SKM Speed. Hafizh, who is on break from the World Motorcycle Championship, has decided to race in the final round with the aim to set a personal best lap time of 2:09. Despite his status, he would face stiff challenge in the likes of Muhammad Farid Badrul Hisam and Rajini Krishnan as the MSBK is sure to present a tough challenge for all riders.

Race programme starts on Saturday with free practice and qualifying sessions for all classes. Sunday will host the final two races for the season.

And those actions can be enjoyed for free from the Main Grandstand for both days. To be closer to the actions, fans can purchase Paddock passes at the circuit’s Paddock entrance.

As in the previous rounds, the races will be telecast live via live-streaming on SIC’s Facebook page for fans worldwide to enjoy.