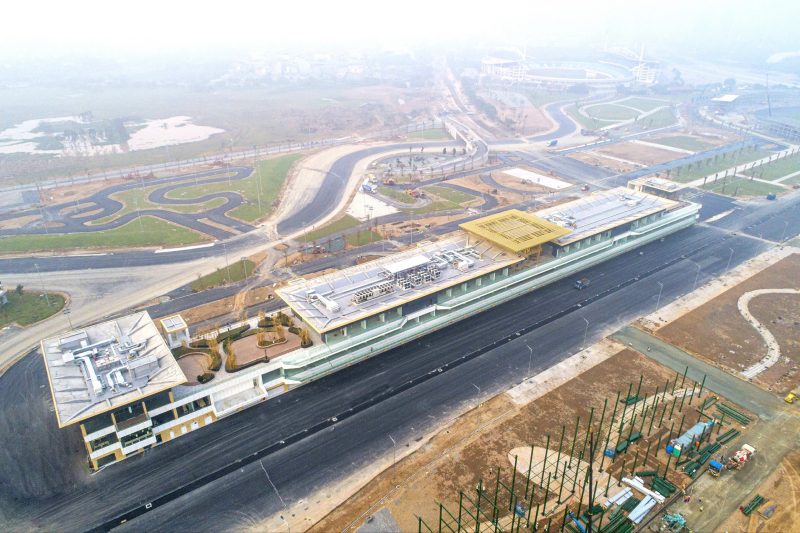 The track of Hanoi Circuit will be completed in January 2020

The Vietnam Grand Prix Corporation (VGPC), Promoter of the Formula 1 VinFast Vietnam Grand Prix 2020, is delighted to confirm the completion of the Hanoi Circuit Pit Building. New images released today showcase the finalised, 300m long Pit Building – purpose built for the arrival of F1 in Vietnam – now that construction has been concluded.

Considered the heart of the newest circuit in Formula 1 as it overlooks the starting grid, the Pit Building’s stunning design has been inspired by Hanoi’s famous Imperial Citadel of Thang Long as well as the Pavilion of the Constellation of Literature – the symbol of Hanoi – representing this proud nation’s long history and strong cultural legacy.

The Imperial Citadel of Thang Long – which for centuries acted as Vietnam’s political centre – is a splendid relic of the country’s long and rich history and, in a move that signified its historical and cultural importance, was made a UNESCO World Heritage Site in 2010.

The Pavilion of the Constellation of Literature – also known as the Khue Van Cac – is considered the symbol of Hanoi. Located in Hanoi’s famous Temple of Literature, it was erected in 1805 during the Nguyen dynasty and stands as a mark of Vietnam’s rich literary heritage and traditional culture.

The Hanoi Circuit Pit Building itself is a grand 3 story structure housing all team garages as well as the race control centre and the exclusive Paddock Club hospitality suites which will offer guests a spectacular view down on to the Pit Lane and starting grid where the most pivotal moments of the racing action at next April’s Formula 1 VinFast Vietnam Grand Prix will unfold.

Ms. Le Ngoc Chi, CEO of the Vietnam Grand Prix Corporation, was thrilled to announce the Pit Building’s completion today: “This is an important moment in the development of the Hanoi Circuit and another vital milestone in the lead up to Vietnam’s first ever Formula 1 race weekend.

Like the Imperial Citadel of Thang Long and the Pavilion of the Constellation of Literature which have inspired the Pit Building’s design, we hope this structure will become another iconic Hanoi landmark.

With the track itself nearing completion and grandstands starting to go up as the event draws ever closer, the excitement levels for the Formula 1 VinFast Vietnam Grand Prix 2020 are rapidly growing. We are ready and we look forward to seeing you in Hanoi very soon.” 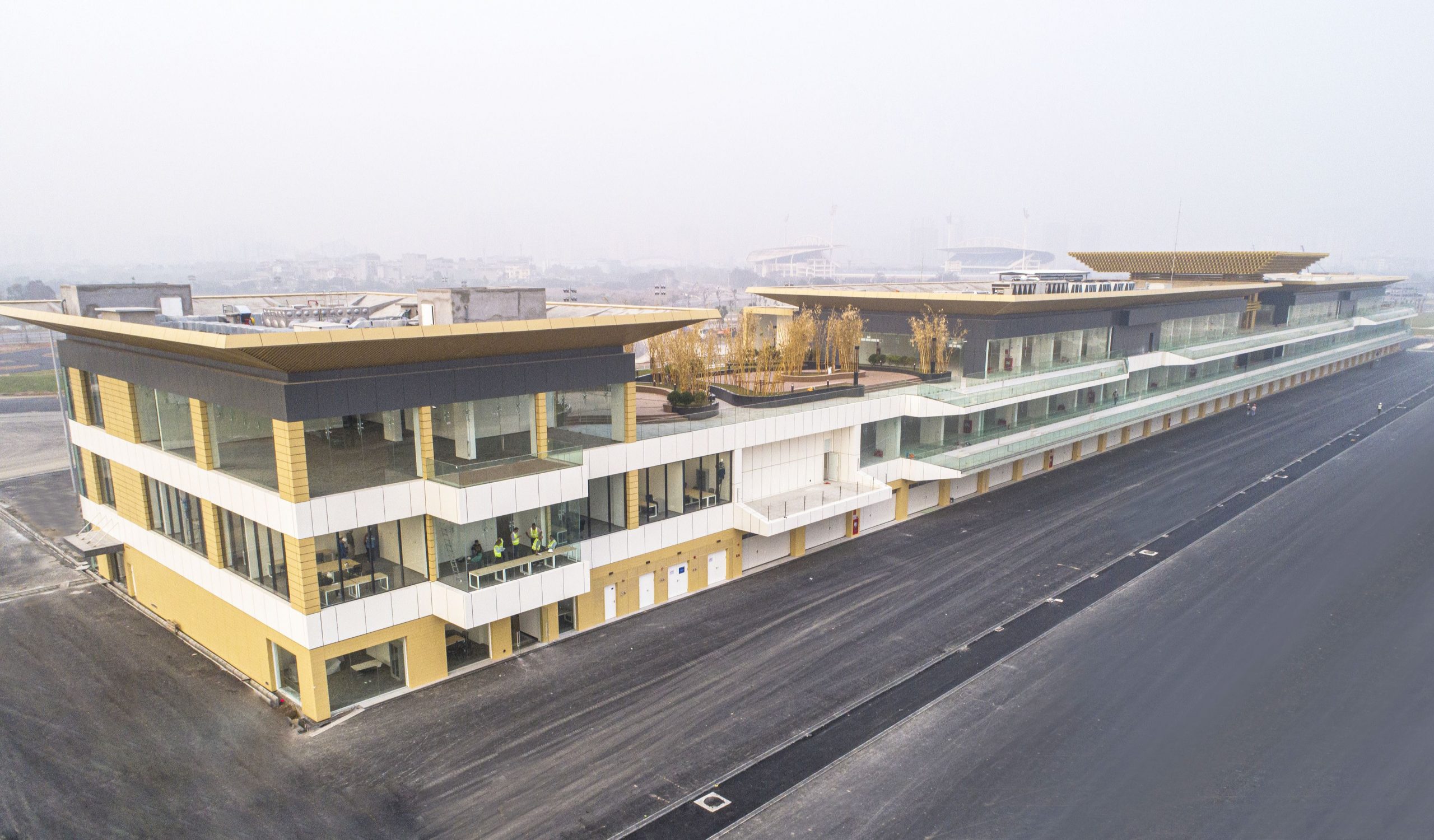 Work on the Hanoi Circuit itself – which runs to 5607m in length and features 23 corners – continues and is expected to near majority completion by the end of this month. A unique hybrid design, fusing a street circuit’s characteristics with a permanent track layout, the track is the first of its kind to be developed in partnership by Tilke Engineers and F1’s own Motorsports Division and is set to become one of the most challenging and exciting circuits in the sport.

VGPC also recently unveiled the titles for the Hanoi Circuit’s Grandstands, named after 9 iconic Vietnamese cities and locations. In choosing each Grandstand’s name, the promoter’s goal has been to pay tribute to some of Vietnam’s most famous and important landmarks, major cities and provinces whilst also blending each locations’ characteristics with the circuit’s own at each Grandstand position along the track.

The names of each Grandstand were arranged in such a way to run in geographical order from North to South Vietnam following the sequence of turns from the beginning of the track to the end, starting from Thăng Long, Hải Phòng, Hạ Long, Huế, Đà Nẵng, Nha Trang, Sài Gòn, Cần Thơ to Phú Quốc.

Taking place from 3rd to 5th April 2020, the inaugural Formula 1 race in Vietnam will see the pinnacle of motorsport debut in the South East Asian country for the third round of next year’s 22-race FIA Formula 1 World Championship and is sure to pose a stern examination of the drivers’ strength and skills, whilst providing fans with a weekend of non-stop, adrenaline-fuelled racing action.