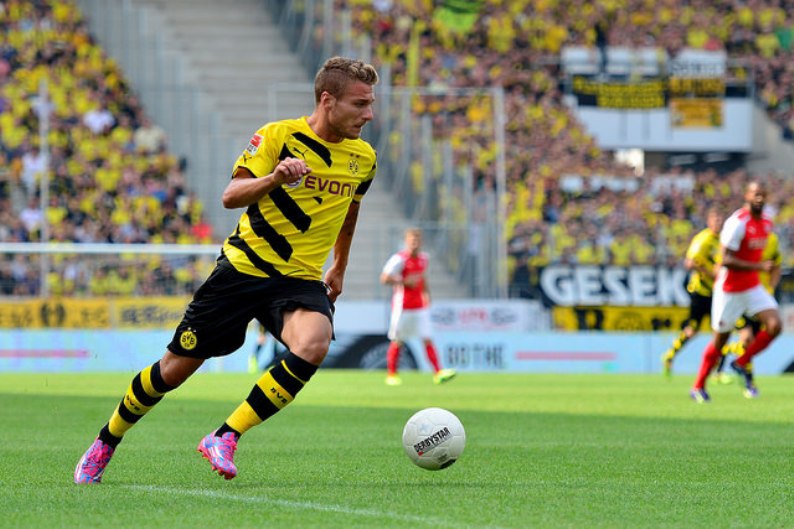 Italian striker Ciro Immobile scored his first goal for Borussia Dortmund as the German side produced a dominant performance to outclass Arsenal 2-0 in their Champions League opening group game in Dortmund on Tuesday.

Gabonese striker Pierre-Emerick Aubameyang added another early in the second half to help Dortmund to a fully deserved 2-0 win in their Group D clash.

Arsenal had won in Dortmund in the group stage last season but they were always on the back foot against a relentless home team.

Jurgen Klopp’s side had 15 attempts on goal in the first half alone although they were far from clinical until Immobile struck on the stroke of half-time.

Aubameyang then rounded Arsenal goalkeeper Wojciech Szczesny to kill off any hopes of an unlikely comeback on a punishing night for the Gunners. 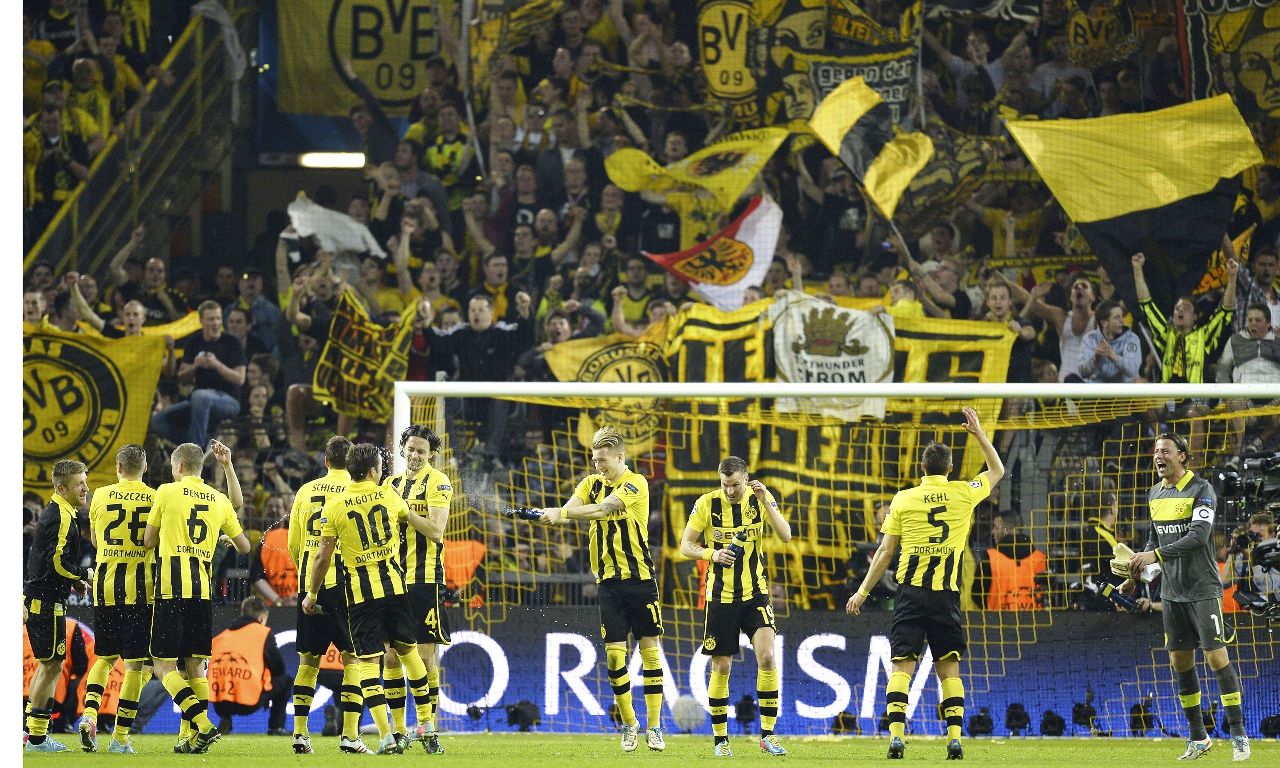 “We wanted to implement a full pressing game on the pitch and it was close to perfection,” Dortmund manager Klopp said.

“A few scenes will live long in the memory. We were biting and determined.

“Ciro Immobile played really well and has taken a real leap forward. He really wanted to get that goal.”

Arsenal’s Spanish midfielder Mikel Arteta said that once they were behind it was too tough a task to get back into the match.

“We faced a top side at one of the toughest stadiums in Europe,” he told Sky Sports.

“After you go 1-0 down here it is difficult to recover.

“They have a lot of pace up front…and we gave the ball away too many times. They took the game where they wanted to take it.”

Arsenal had travelled to Dortmund for the third time in four years without suspended right-back Mathieu Debuchy. As a result Hector Bellerin was given his first start, while Danny Welbeck was on his own up front in his first Champions League game for Arsene Wenger’s team.

Dortmund were without six senior players through injury, including the likes of Marco Reus and Mats Hummels, but it hardly looked that way as they started the game at a furious pace.

There was a scare for the visitors in the fifth minute when Henrikh Mkhitaryan cut by Mikel Arteta and fell to the ground inside the box. But instead of winning a penalty, the Armenian midfielder was booked for simulation.

Dortmund continued to dominate, with Sokratis Papastathopoulos poking wide from a corner and Immobile shooting off target.

Approaching the half hour, Szczesny was well placed to save when a brilliant Dortmund move ended with Aubameyang failing to touch in Kevin Grosskreutz’s low cross from six yards out.

A minute later Dortmund missed another great chance when Immobile again found space down the left channel. Szczesny cut the former Torino player’s cross out only for the ball to fall to Mkhitaryan 10 yards out. But he blazed over under pressure from Jack Wilshere.

Up the other end Welbeck almost got on the end of Kieran Gibbs’s cross and in another rare attack for Arsenal, the former Manchester United striker clipped a good chance wide of Roman Weidenfeller’s right-hand post.

All Dortmund’s pressure looked to have come to nothing until Immobile picked up possession in his own half right on half-time. Last season’s top scorer in Serie A ran at an isolated Laurent Koscielny, beat the Arsenal centre back and then drilled low into the corner of the net.

A dismal Arsenal defensive performance continued in the second half when Aubameyang got Dortmund’s second goal after 48 minutes. The Gabonese forward played a one-two with Grosskreutz, got around Szczesny and regained his footing to slot into the net.

The waves of Dortmund attacks continued and Immobile forced an excellent save from Szczesny before Welbeck missed another opportunity for Arsenal.

In truth the scoreline flattered an Arsenal side who were completely overrun in midfield. Aubameyang’s pace was causing all sorts of problems and he hit the crossbar as Dortmund looked to inflict further misery on the visitors.

Welbeck then shot over the bar as the Gunners lost on the opening day of the group stage for the first time in 11 years.