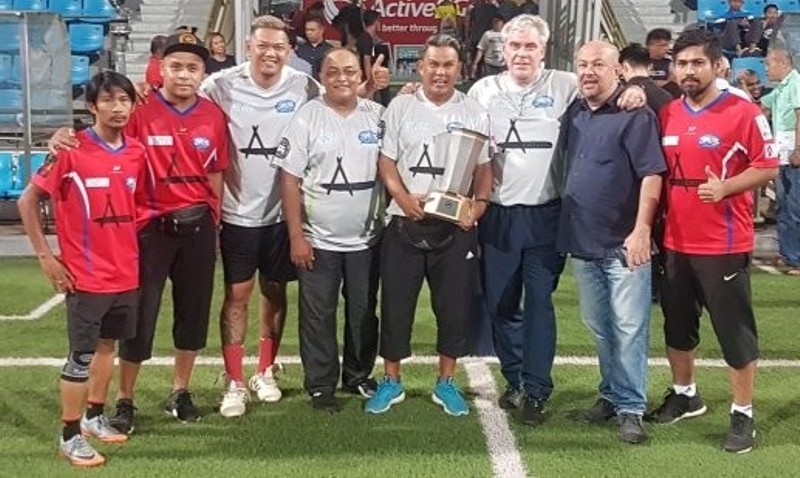 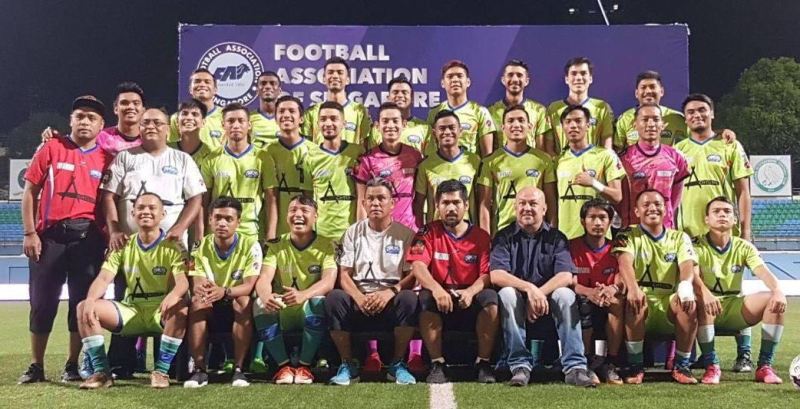 The Football Association of Singapore (FAS) risk being the laughing stock of regional football by congratulating Yishun Sentek Mariners as FAS NFL champion even before a formal disciplinary hearing to conclude their recent gangster-like free-for-all at Jalan Besar Stadium.

Yishun Sentek and SAFSA were involved in the November 12 disgraceful showdown, where during injury-time there was a running fight between several groups of players in an acrimonious match which SAFSA won 3-2. It was televised to a global audience, through social media, with running fighting scenes for four to seven minutes.

The other NFL clubs have unanimously called for an urgent inquiry and even ordered a delay in declaring Yishun Sentek as Division One champion. But sources at FAS headquarters say if any disciplinary decisions are made, it will only be put into effect for the 2018 season.

For the record, Yishun Sentek (60 points after 22 matches) and SAFSA (57 points) finished as the two top clubs in the 12-team competition, in one of the most controversial NFL seasons, where on the final day of the season, on Wednesday, 10th-placed Katong FC declined to play and forfeited their match to Yishun Sentek, before the 7,30pm kick-off, wherein it gave Yishun the additional three points to finish as the top club.

“How can this ever happen? This is mockery of the FAS Tournament rules and fair-play and disciplinary processes,” says a NFL senior official, who asked not to be named. “Where in the world would you hail two fighting-related clubs as champions and close the season without a proper disciplinary inquiry?”

The FAS, in a statement, says today Yishun Sentek and SAFSA have been “officially issued letters enclosing the appropriate charges by the FAS to notify them and their players of the FAS Disciplinary Committee’s hearing into the incident on the pitch on November 12 2017”. 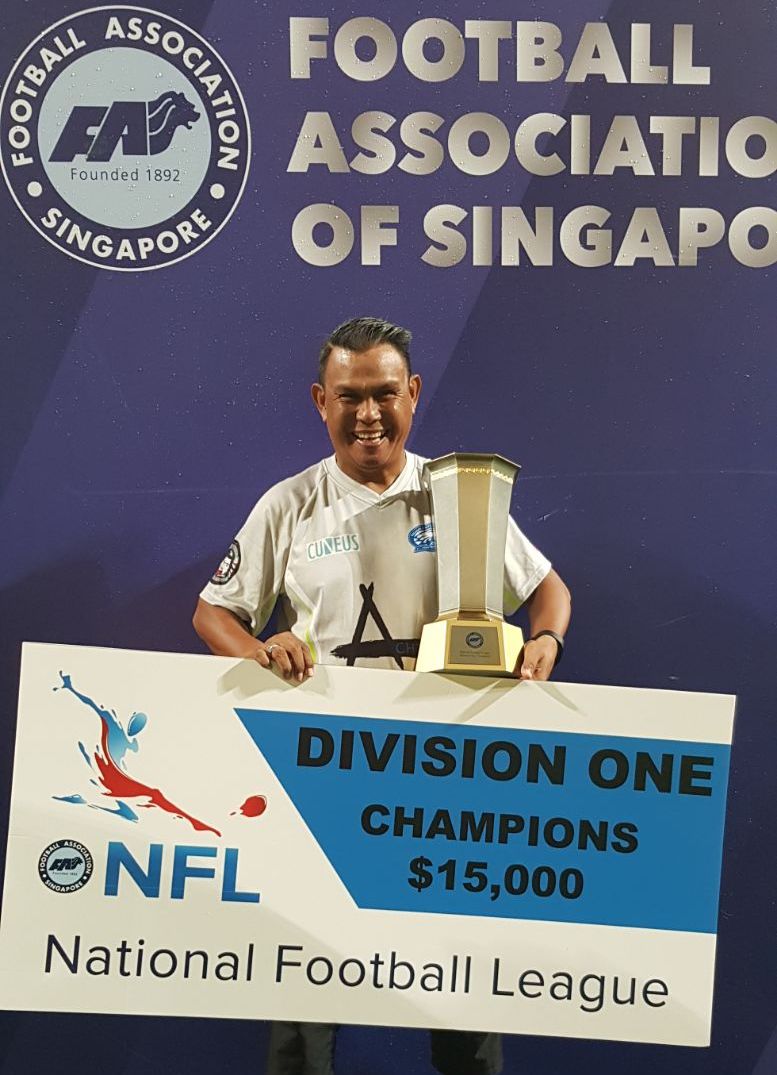 Their cases are due to be heard on Tuesday, December 12.

The FAS statement adds: “Due to the nature of this particular disciplinary case and the fact that the official connected with one of the clubs holds an official position in the FAS, the FAS has, shortly after the said incident, appointed an independent panel comprising two senior and experienced lawyers namely Mohamed Muzammil bin Mohamed and Mohan Das Naidu to conduct investigations into the incident, to draft the charges, to present the evidence to prove the charges and to make all necessary submission on behalf of the FAS at the Disciplinary Committee’s hearing.

“Both lawyers have been working tirelessly since the panel was convened and have, since December 2 2017, finalised all the charges against all relevant parties concerned. They are ready to present all the necessary evidence at the Disciplinary Committee’s hearing.

“The clubs and the individuals charged have been given up till 48 hours prior to the scheduled date of their hearing to respond to the charges. The Disciplinary Committee which was properly and legitimately elected by the recent Congress will hear the cases on December 12 2017.”

Looking at the intensity of the November 12 free-for-all, the NFL fraternity expects both clubs to be severely penalised, either with suspensions, fines or docking of points as they have brought game to gross disrepute.

“But what have the FAS done? They’ve disgraced football justice by declaring Yishun as NFL champions this week,” says another NFL club Vice Chairman, who declined to be named. “How can this ever happen until the disciplinary enquiry is concluded. Rightfully, all Yishun Sentek and SAFSA matches should be put on hold until proper justice prevails.”

Another senior NFL official says: “We feel let down because it is a mockery of football justice. How can two fighting clubs be allowed to finish champion and runner-up of the top amateur league in Singapore and the FAS hinting that whatever disciplinary consequences will be brought forward to the next season.”

Cletus Teo, from Bedok South, who has been following the NFL for a decade, says: “Ban or dock points should be done now and not next year. Come next year, the clubs and the players may decide not to play in the NFL. Then what happens? It’s an mockery of the NFL tournament.”

Ironically, if not comically, FAS Vice-President S. Thavaneson was present at Jalan Besar Stadium on Wednesday to give out the prizes to the NFL Division One and Two champions, second runners-up, fair play winners and top goal scorers as well as NFL Division Two first runners-up.

Giving a pat-on-the-back, which majority of the NFL clubs found it to be a cynical mockery, Thavaneson says: “Congratulations to Yishun Sentek Mariners FC for clinching the NFL Division One title as well as Gymkhana FC for topping Division Two and earning themselves a promotion to Division One. South Avenue FC also did well and will be promoted to Division One next year.

“We are happy to see that all the NFL teams showed improved performances this season, raising the competitive level of the NFL. This is something which we want to build upon for the coming years and we look forward to a new beginning next year.”

The big question put to Thavaneson: How can you “look forward to a new beginning next year” when you’ve not cleared the filthy disciplinary dirt of this season? How did your committee come up with the ridiculous notion to postpone disciplinary matter decisions, be it fines, bans or docking of points, to the next season? 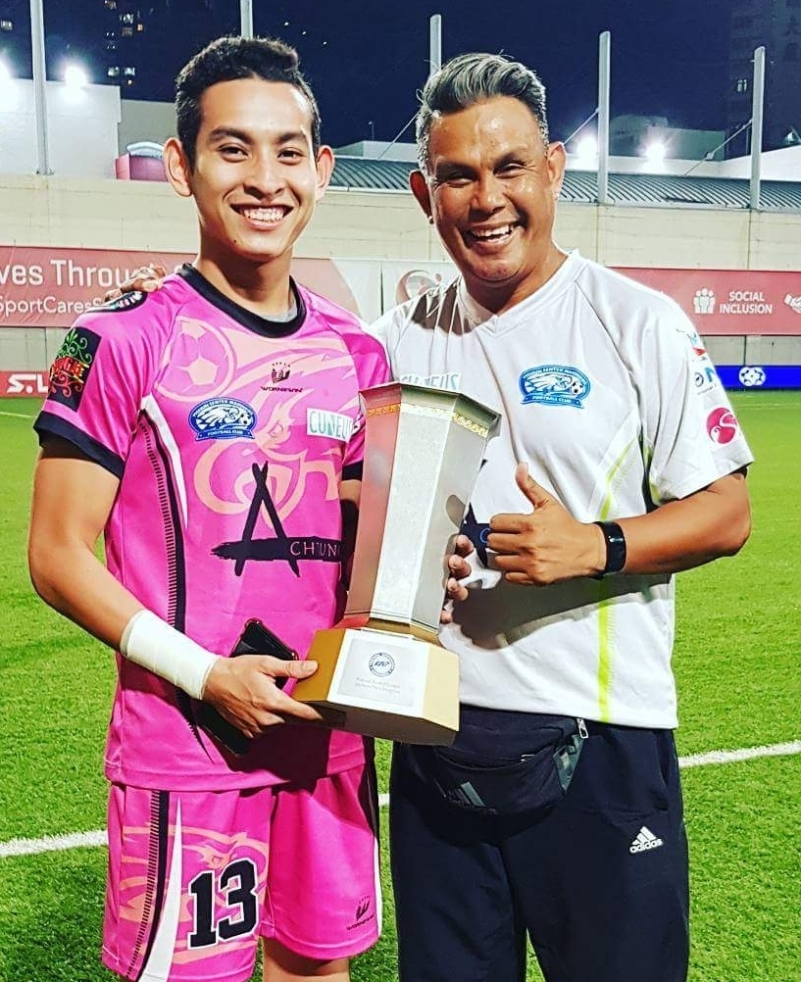 WHAT THE RULE BOOK SAYS

According to the NFL Rules 2017, there is no provision to postpone serious punishments to the following season.

Rule 10.10 states that “all sanctions and/or penalties shall commence with immediate effect” and Rule 9.2 adds that “in determining any disciplinary sanction or penalty to be imposed, FAS, the Committee or any of the Standing Committees of the Board, or the Arbitrator or Board of Arbitrators or the PSC, and the Appeal Board may be guided by the list of disciplinary measures as specified in the regulations of the Federation Internationale de Football Association (FIFA)”.

In my opinion, after covering FAS tournaments for three decades, I think it’s a mockery of football justice to allow postponement of bans, fines or docking of points to the next season. No country in the world does it, except in the minds of some FAS officials, who have been hogging the Competitions portfolio for several years.

A NFL veteran official adds: “Thavanesan is a clear case of a conflict of interest as FAS Vice President. How can he, as he runs a S-League and NFL club, and yet head FAS Competitions or decide on competition matters when he has an obvious vested interest. His NFL club has even been accused of breaking some competition rules!”

School principal James Leong of Chua Chu Kang has this timely advice for the FAS. He says: “Football must be an example and football matches must remain a spectacle, a celebration, a party for all and sportsmanship and fair play must prevail at all times and especially that the respect of fair play, of the safety of some and others must be guaranteed whatever the issue of the competition.

“A football stadium does not guarantee any immunity and must not promote any form of impunity; those who commit crimes and wrongdoings must pay the consequences. Justice must prevail quickly if law and order continues to be respected.”

Well, as the famous liner goes, the ball is in FAS court to show that football justice prevails, without fear or favour, in the red-dot-of-an-island. – SURESH NAIR