Home 2021 Favourites progress through to next round of ACSPLJ 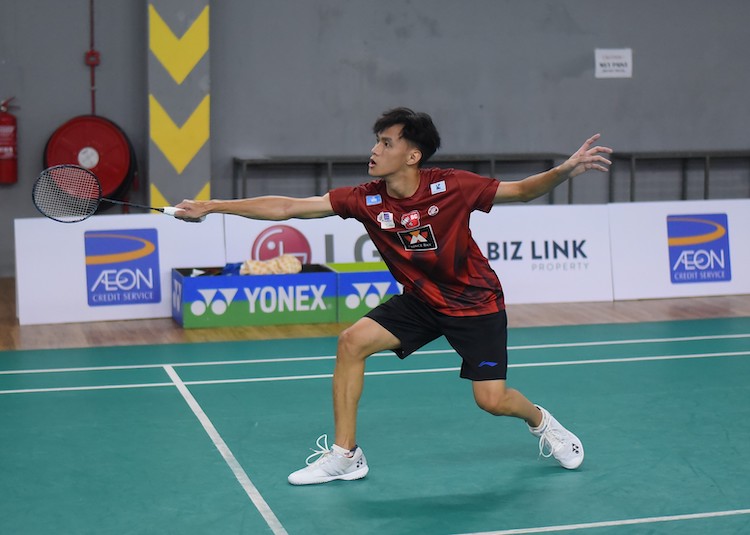 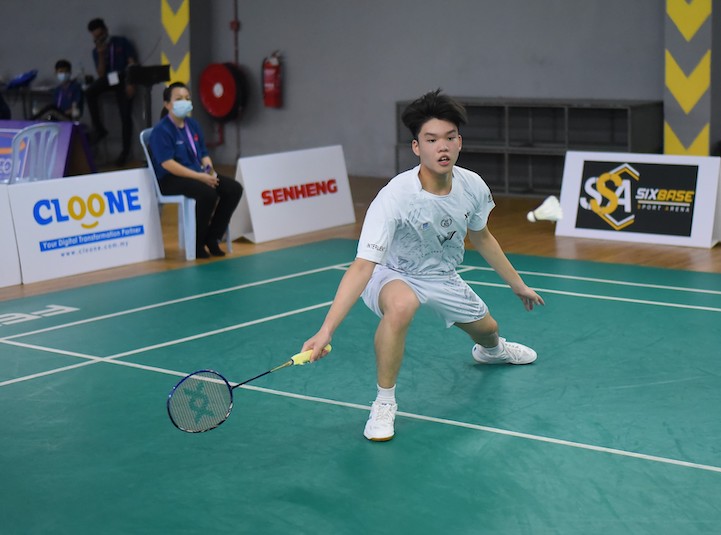 The first half of the day of the Aeon Credit Purple League Junior2020 (ACSPLJ 2020), down to last  32 on the second day, saw the first and second-seeded Boys’ Under-15 and Under-18 singles players cruising through their games with zero upsets.

The Under-15 top-seeded singles player, Chow Wern Soon from Serdang BC who toppled Mohamad Dani from Bangi City BC with a commanding 3-0 victory, said after the match that he felt pressured knowing that he was the top-seeded player, but later self-motivated himself not to let himself plagued by the pressure, and that it was just a number.

“Hopefully, I can turn the pressure into motivation and navigate me to the final.”

The first-seeded and more experienced Chow, trained by badminton legend and owner of Serdang BC, Ong Ewe Hock, managed to pull off a classy and mature show than his peers. Staying calm throughout, he showcased unexpected twists in his attacking play, often catching his opponent off guard.

Meanwhile, the second-seeded singles player from the Boy’s Under-15, Huan Kai Hern of Subang Jaya BC had to literally fight his way through Labuan BC’s Aguwell Andrew, but fortunately managed to dig deep into his reserve and fought past his opponent, just in time to advance with a 3-1 victory.

“At first, I could not adapt to the pace of the game, the feeling of being in competitive action is not quite the same. But I persevered so that I would not lose out … My goal is to reach the semi-finals.”

In the Boys’ Under-18 singles, Teh Jin Hong from Bayan Lepas BC made his debut with a convincing 3-0 win over Tan Jia Qi of Johor Baru BC. However, the first-seeded player was not satisfied with his performance today.

“It’s been too long since I’ve played, I’ve been trying to get the feel back, some of my shots aren’t in place yet. But I’m going to slowly get back to that feeling,” he said, preferring to just enjoy the game and not setting a target for himself.

But his coach, Choong Yee Hean believes in his top-seeded player’s ability to win the title.

In addition, the second seed in the event, Muhammad Atef of the Cheras BC, also made it to the last 16. It is worth mentioning that Ting Wen Xuan of Balakong BC continued his spirited run today after his impressive match in the opening yesterday, and the strength of the seeded players could make them the dark horse of this tournament.

In yesterday’s first round, with the top-seeded players in most events not present, the only mixed doubles seeded players to play, Samuel Lee/Ho Lo Ea from Penang’s Bayan Lepas BC made it into the second round.

The annual Purple League Junior (PLJ) Competition has entered its sixth year. Its purpose is to search for new young talents and provide a platform for promising youth to showcase their talent, gain competitive experience, and build confidence in badminton.