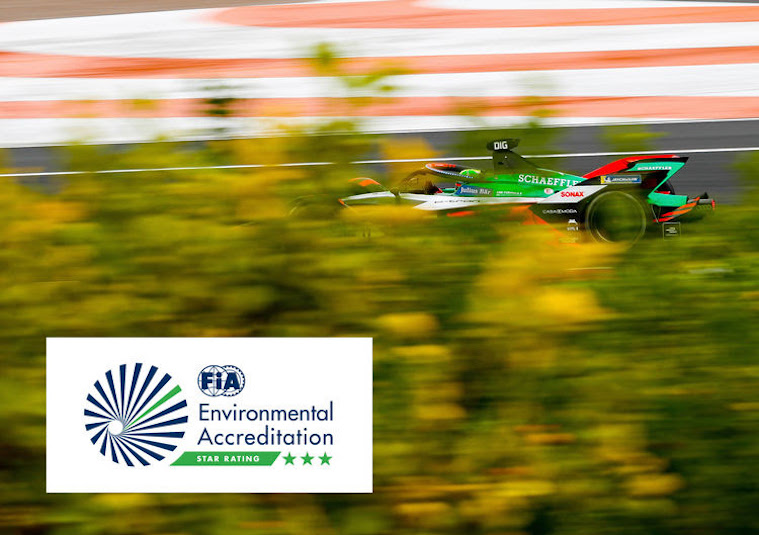 Julius Seebach: “Environmental accreditation emphasizes conscious handling of our own footprint and acknowledges the high standards we’ve set for ourselves”

The FIA (Fédération Internationale de l’Automobile) has bestowed the highest award for environmental protection and sustainability on Audi Sport.

The vision is clear: by 2050, Audi intends to have a carbon-neutral footprint across the entire lifecycle of its models. The first steps have been taken, for example, with the CO2-neutral plants in Brussels and Győr. And the next steps have been clearly defined: by 2025, all of the Audi facilities are intended to operate with a carbon-neutral footprint.

And, as is often the case, motorsport has taken a leading role: Audi Sport in Neuburg has now been awarded the FIA’s coveted Three-Star Environmental Accreditation based on Audi Neuburg’s existing EMAS certification of the entire facility for its exemplary implementation of environmental standards.

“We closely monitor our environmental impact on and off the racetrack, especially in terms of how we can keep reducing and improving it,” says Julius Seebach, Managing Director of Audi Sport GmbH with the responsibility for Audi Motorsport.

“For me, it’s essential for motorsport to also be a pioneer in this area. That’s why we’re proud of this highest-level FIA accreditation, because it perfectly matches the path that we, as Audi Sport, are pursuing in all areas of the organization.”

To achieve accreditation, applicants have to demonstrate the existence of a variety of environmental standards, transparently document them in detail in an environmental management system and define clear environmental protection and sustainability goals.

“The FIA wishes to congratulate Audi Sport on receiving the Three-star status, which is the highest level of certification within the FIA Environmental Accreditation. It shows the strong commitment of the brand to environmental sustainability. I am also pleased to see that the number of manufacturers’ racing activities with this status is constantly growing,” says FIA President Jean Todt.

The carbon-neutral production footprint of the fully electric Audi e-tron GT thanks to green electricity and heat from renewable sources at Böllinger Höfe at the Neckarsulm plant, as well as many other specific projects in Neuburg, all go to show that sustainability is firmly anchored at Audi Sport, even beyond audit requirements.

The cooling towers at the power station in Neuburg can be operated with ground water to reduce the required amount of fresh water by up to 3,800 cubic meters per year. In additon, the 47-hectare site has long been supplied with green electricity, a photovoltaic system is currently being planned to cover the base load, with second-life batteries from electrified vehicles serving as buffers.

And, last but not least: when the race car for the Dakar Rally will soon start testing on the Neuburg off-road course, it will do so not only with an electric powertrain, but also directly adjacent to a biotope that’s home to 60 rare plant and animal species.

In addition to the accreditation of the Neuburg site, motorsport obviously includes testing and races around the world that Audi also factors in. In the Formula E World Championship, a carefully elaborated and jointly implemented logistics concept reduces the environmental footprint, among other things.

All of the CO2 emissions caused in spite of this initiative, due to the team traveling and fielding the two Audi e-tron FE07 cars, are jointly offset as part of a series-wide initiative. At the moment, in the future and in retrospect: Formula E is the only sporting series worldwide to have been carbon-neutral since its formation in 2014.

For Julius Seebach, this is a good model. “Sustainability in an organization like Audi Sport is not a condition that can simply be created, but is based on the attitude and willingness of everyone to jointly pursue a course of continuous optimization,” he says.

“That’s why, going forward, aside from the purely sporting component, all of our projects will assess, reduce and, if necessary, compensate for our environmental footprint. The FIA accreditation is an important step on this pathway and many others are going to follow.”