A final round of track inspections was held at Sepang International Circuit (SIC) last Friday ahead of the scheduled track resurfacing exercise required by motorsports governing bodies FIA and FIM for continued homologation of the racetrack in Sepang.

At the session, Zaffelli briefed all present on the proposed changes to the track, drawing positive comments from both the FIA and FIM representatives. The approval from both governing bodies is crucial prior to the commencement of any works onthe track, to ensure it meets expectations for both 2-wheel and 4-wheel motor racing. After the inspection, a detailed drawing of the changes will be finalised by Dromoand submitted for a final approval by both bodies. 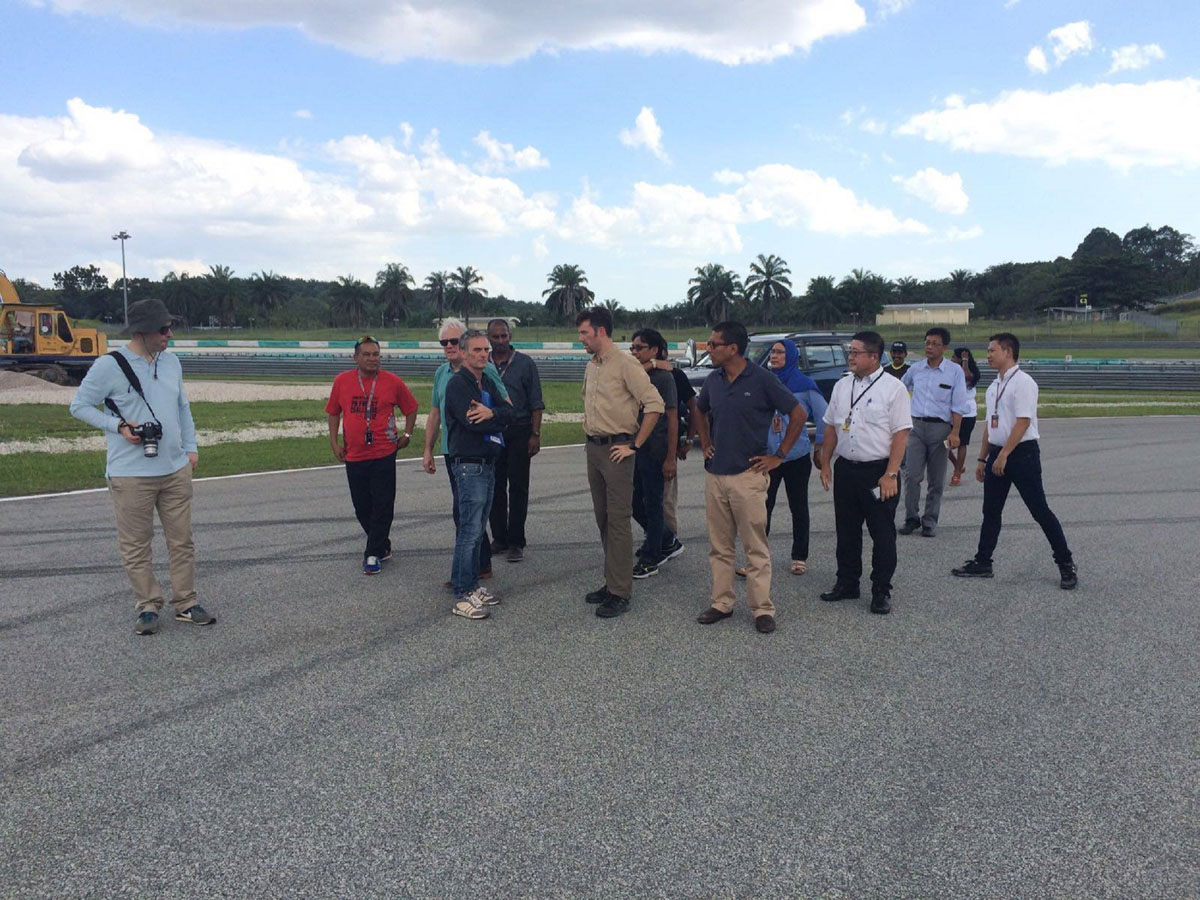 “Currently, we have started preliminary work with the clearing and cleaning of gravel at Turn 1, as well as putting down markings for the works to be done on the track. Once the detailed drawing by Dromois confirmed by FIA and FIM, the Nippon Road team will start the milling process to remove the current track surface. After that, new asphalt will be laid for the surface of the full 5.5km track. The gravel at Turns 1, 9 and 15 will also be cleaned to ensure safety and to make sure only gravel in approved sizes are being used,” shared Dato’ Razlan.

The project is targeted for completion latest by 8 May 2016, to allow the hosting of the Malaysian Round of the Motul FIM World Superbike Championship 2016 by SIC, which is scheduled for 13 to 15 May 2016.