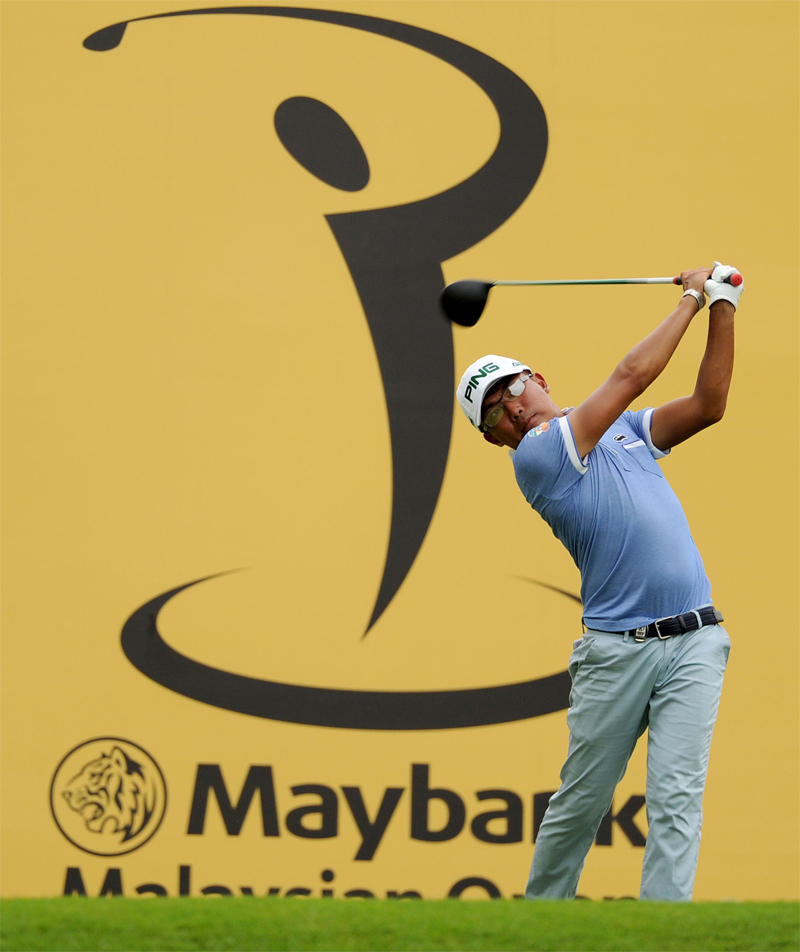 LEADING Malaysian pro, Nicholas Fung, made the Maybank Malaysian Open halfway cut for the first time in his burgeoning career while young amateur Gavin Kyle Green impressed by making it through for the second successive year. The duo will be joined by another Malaysian, Khor Kheng Hwai in the third round.

The trio were among 22 Malaysians who started the prestigious tournament on Thursday.

Nicholas battled to a one-under-par 71 in the second round for a one-under-par 143 total which left him in a share of 37th place in the US$2.75 million event sanctioned by the Asian Tour and European Tour. Gavin fired a two-under 70 today while Kheng Hwai settled for a par 72 for the second day in a row.

“I’m happy as this is the first time I’m making the cut. It means a lot as not many Malaysians have made it. At least we’ll have three in the weekend,” said Fung, Malaysia’s top-ranked golfer. “I told myself to not worry since I’ve already missed it six times! I had no expectations and I just wanted to have fun. I managed to get one birdie on 16 which was good as I missed a few short putts,” he added.

After topping the Asian Development Tour Order of Merit last season following one win and three runner-up finishes, Fung’s career has taken off and he earned plenty of admiration at the inaugural EurAsia Cup presented by DRB-HICOM last month where he was a captain’s pick.

Gavin, the best Malaysian finisher at the event last year at tied 22nd, produced a fine 70 for a 144 total. Like Fung, he also needed to overcome butterflies in the stomach to qualify for the weekend rounds.

“I was really nervous on the back nine. I played good on the first nine,” said the college student, who brilliantly turned in 31 following three birdies and one eagle.

“The game was going good. (Then) I kept trying too hard and overthinking on the back nine. Thankfully I did enough to make the cut. I was thinking too much about my swing than hitting the shot. There’s a little bit of pressure because I want to make the cut and improve on what I finished last year (tied 22nd).

“Since I have made it now, I’m going all out. I’ll stick to my game plan and be a little bit more aggressive. I’m definitely going to the driving range to try and fix my swing.”