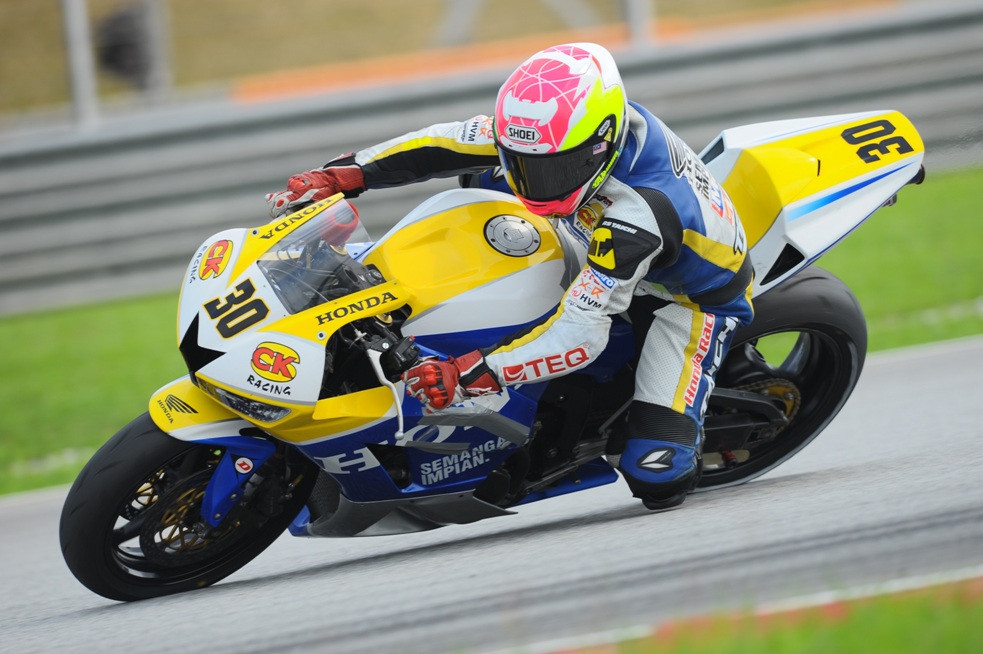 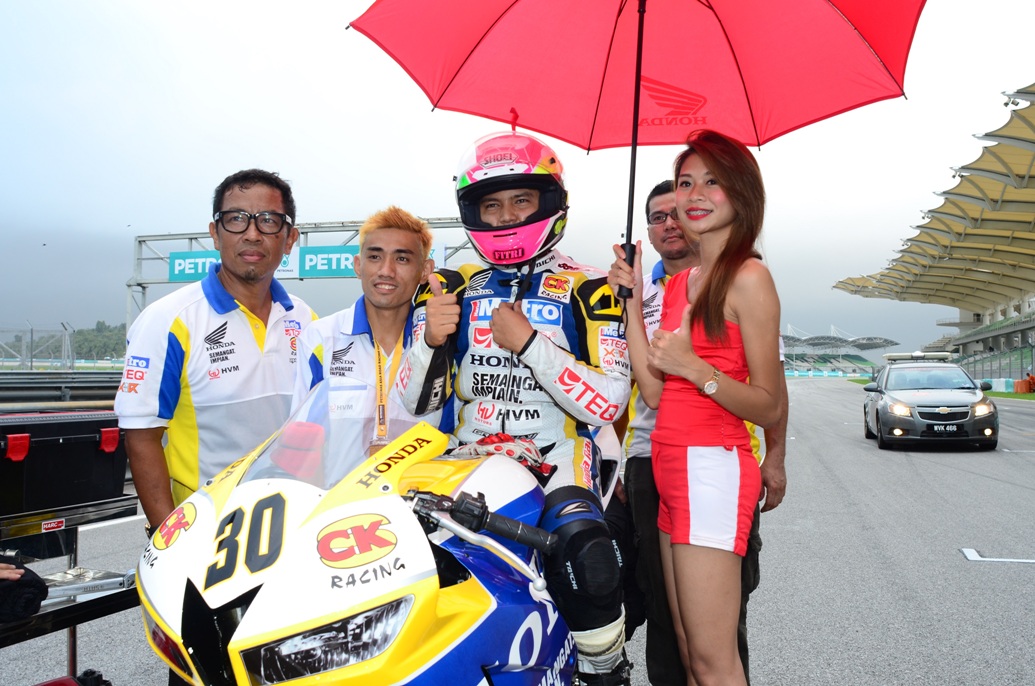 Mohd Fitri Ashraf Razali will miss Round Four of the PETRONAS Asia Road Racing Championship at the Suzuka Circuit in Japan this weekend after it emerged that he will need more time to fully recover from his injuries.

Fitri who injured his shoulder in June thought he was well on his road to recovery upon his arrival for the Malaysian Cub Prix race at Kluang,Johor a week ago but unfortunately he was met with severe pain after crashing into Mohd Zaqhwan Zaidi during the CP130 race instead.

This marks the second time the Harian Metro Y TEQ SCK Honda Racing rider will be absent from the SuperSports 600cc grid this season, with the first being Round Three at the Autopolis Circuit (Japan) last August

“It was pure bad luck. The injuries had almost recovered over the season break until I crashed again recently. After that incident, the pain on my shoulder came back and it has been really uncomfortable and hard to ride,” said Fitri.

“So after talking to the doctors and discussing with the team, I have decided to forgo the Suzuka race this weekend. I can’t help but feel disappointed but the risk is too great because racing on a 600cc bike puts a lot of pressure on the shoulder. The best course of action for mow is to skip this round and return when I am 100 percent fit because my current condition, I can’t do much either,” he added.