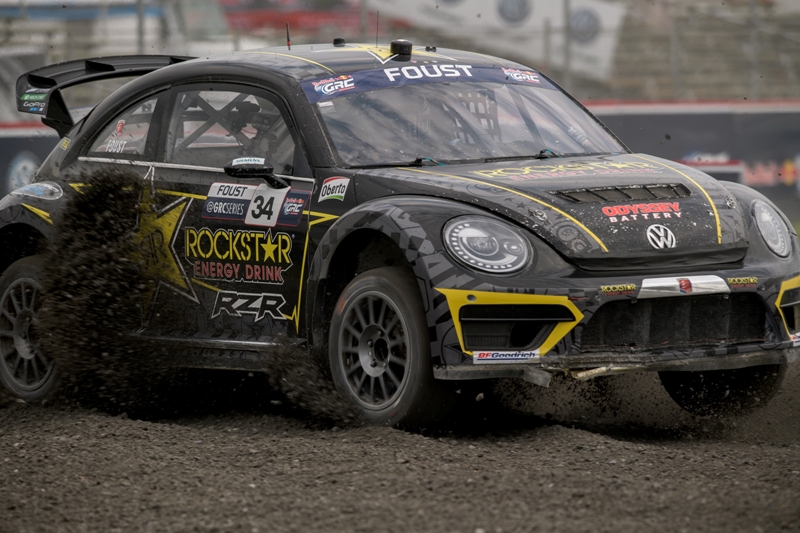 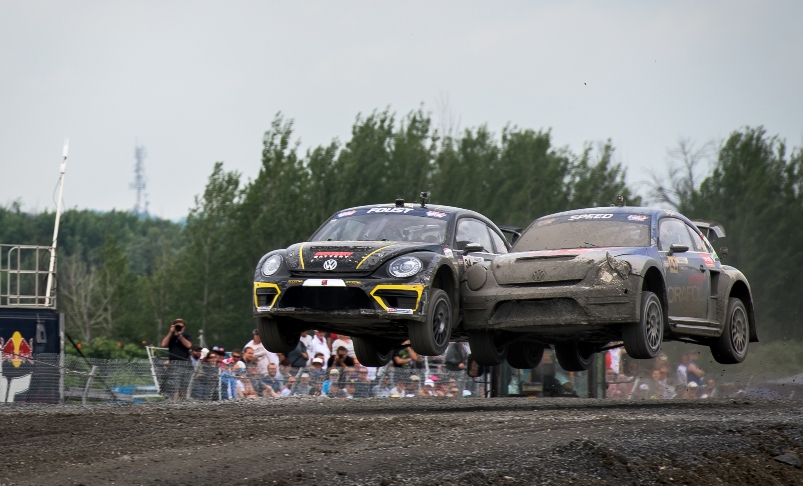 Tanner Foust and Scott Speed claimed a one-two in the Global Rallycross Championship (GRC). The two Americans from the Volkswagen Andretti Rallycross team, at the wheel of the 560-hp Volkswagen Beetle GRC, dominated proceedings in race two in Ottawa (CDN).

Foust, who started the final from second on the grid behind Speed, leapfrogged ahead of his team-mate to take his second win of the season on the extremely muddy track in Canada. Foust had previously finished runner-up behind Steve Arpin (CDN, Ford) in the opening race on Saturday. Speed failed to finish the final on day one.

He was forced to replace his engine following difficulties in heat 3B, which brought his day of racing to a premature end. Last year’s champion consequently surrendered the lead in the Drivers’ Championship. The new man at the top of the table is his team-mate Foust with 418 points. Speed is currently third with 381 points.

The next round of the GRC will take place from 8 to 9 July in Indianapolis (USA), the home of Volkswagen Andretti Rallycross.

Tanner Foust (USA), Volkswagen Beetle GRC #34
“What a finish! It’s been an extremely long weekend. I think we made a lot of Rallycross fans up here in Canada, and that’s what it’s all about – showing this sport in new places. It’s an amazing sport, which you can take to all of these different tracks. I’m incredibly happy and it is great vindication for Volkswagen Andretti Rallycross for us to get a one-two after such a long weekend. It’s really spectacular.”