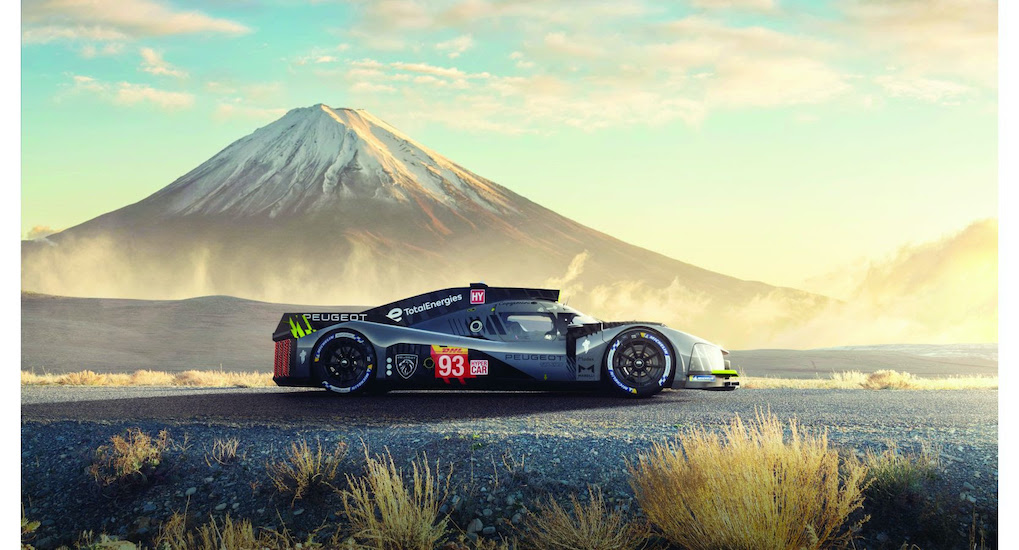 After making its competitive debut in the FIA World Endurance Championship with the new PEUGEOT 9X8 on July 10 at Monza, Italy, the French outfit travels to Japan and the famous Fuji Speedway for a second six-hour showdown on September 11, with the #93 and #94 crews eager to continue their learning curve in racing conditions.

FROM MONZA TO FUJI

On July 10, the start of a new chapter was written in PEUGEOT’s illustrious endurance racing history when the firm’s 9X8 Le Mans Hypercar (LMH) made its maiden public appearance in Italy.

“We needed that first race,” observes Peugeot Sport Technical Director Olivier Jansonnie. “We had achieved as much as we could in testing so, in order to ramp up our preparations and development, it was time to pitch ourselves directly against our opposition in a true race-weekend environment.”

Encouraged by the potential of a car whose homologation is now fixed (meaning that any further modifications will be strictly limited and regulated), the two driving crews were able to acclimatise to racing in traffic and compare the 9X8 to the championship’s other Hypercars.

“We collected a great deal of information about the car and team. We also ran into a few problems that we hadn’t previously encountered in testing, some of which we were able to rectify on-site, others that we have been continuing to work on since Monza. This is a tried-and-tested process in motorsport. At this early stage, it should be noted that we are concentrating more on reliability and performance than on refining race strategies.

That is perfectly normal for such a new project, up against rivals with – in some cases – more than ten years’ experience in the discipline. We are all fiercely competitive here at Team Peugeot TotalEnergies and we recognise that both the car and team have scope for significant improvement, but we have yet to come across any issues that we cannot resolve, so that’s very positive.”

Disappointed that Team Peugeot TotalEnergies was not able to take full advantage of the ten-minute qualifying session in Italy to properly demonstrate the PEUGEOT 9X8’s potential, Olivier Jansonnie has since gone into even greater detail with his team in order to optimise its work on the car with the clock ticking down.

It focused particularly hard on this aspect during two private tests carried out between Monza and Fuji. “In Japan, we will be discovering the circuit for the first time, so we need to make sure we maximise every on-track session from Friday morning through to Sunday afternoon,” he underlines.

The 6 Hours of Fuji – Round 5 of the 2022 FIA World Endurance Championship campaign and second appearance of the season for Team Peugeot TotalEnergies – poses an altogether different challenge to Monza in a number of ways – a consideration not lost on Olivier Jansonnie and his squad: “For long-haul events like this, we need to adapt our procedures because we do not have the same regular facilities at our disposal – like motorhomes and trucks – as we do when we race in Europe.”

The circuit and region’s unpredictable weather – with heavy and prolonged downpours likely – represent further unknowns for Team Peugeot TotalEnergies, although not for the whole team.

Some of its drivers have raced at Fuji in the past, including Jean-Éric Vergne and Gustavo Menezes, while Loïc Duval and James Rossiter spent a part of their career based in Japan. The benefits of that experience will complement the data already acquired by the crews and their engineers from their work in the simulator as they endeavour to prepare as well as possible for the unique demands of this iconic Japanese track.

“Monza could have gone better for us, but that was entirely to be expected at such an early stage of an ambitious project like this. Our car [#93] ran into problems in the race that led to our retirement. During the run that I completed in free practice, though, we were close to the Toyota in terms of pure pace, which proves that we are in the right ballpark with this non-conventional car. I’m completely convinced about that. Our first race was another significant milestone on this exciting journey and now, for Fuji, the goalposts shift again. But that’s what keeps the adrenalin flowing!”

“We took a lot of confidence from our first race in Italy, because it clearly showed that this car has potential. Of course there is still much we need to improve, but we are all fully motivated for the challenge that lies ahead. At Monza, I learnt a great deal personally as a driver, too. I got to see how the Peugeot 9X8 behaves in traffic and up against other Hypercars. After running solo throughout testing, it marked a fresh step in assessing how we stacked up in that respect. At Fuji, the strategy remains the same: we will focus on our own car, our own team and our on work – and then see where we end up…”