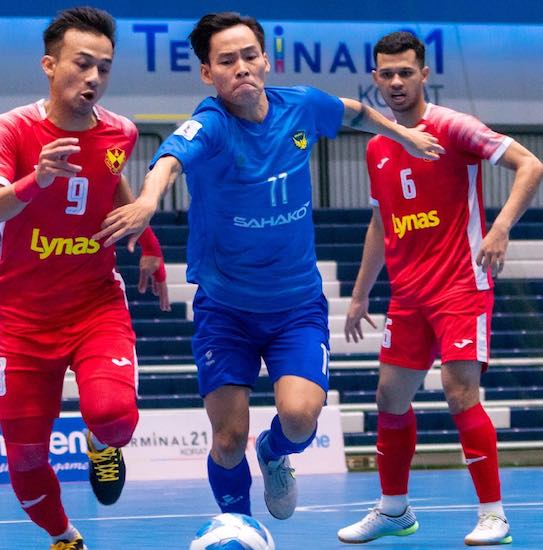 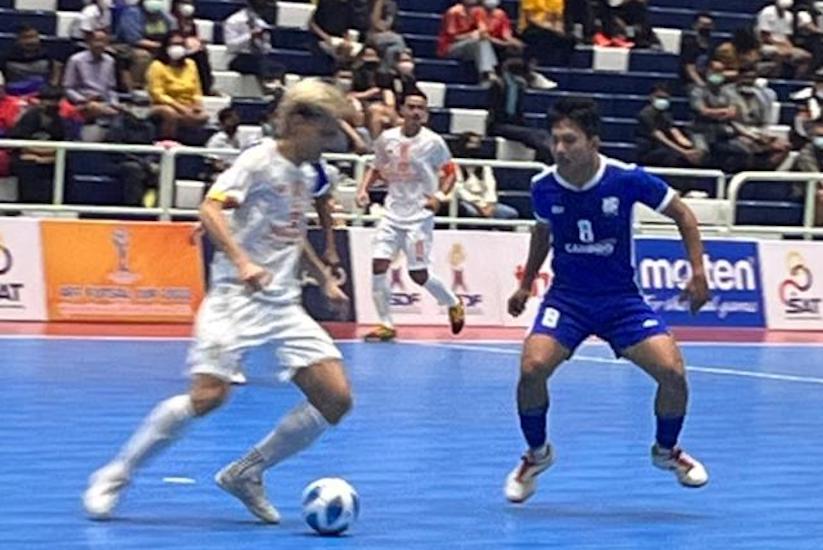 A late strike from Nguyen Duc Huy gave Sahako FC from Vietnam not only a close 2-1 victory over Selangor MAC from Malaysia but also their win of Group B of the AFF Futsal Cup 2022 here at Terminal 21 in Korat.

Heading into the final game of the group this afternoon, both teams were out to make sure that they win the group so as to avoid home team Hongyen Thakam FC in the crossover semifinals.

As it turned out, it was Selangor who went into the lead just two minutes into the game when Muhammad Ekmal Shahrin latched on to the corner from Matheus Silva.

With Sahako pressing hard and Selangor MAC just sitting back for much of the exchange into the second half, two momentarily loss of concentration at the tail end of the match would cost the side from Selangor their win of the group.

In the 38th minute, Selangor MAC keeper Muhammad Syaifuddin Syukri Ibrahim Lincoln failed to save a stiff grounder from Duong Ngoc Linh as the ball trickled into goal for the equaliser.

And with seconds left on the clock, Nguyen Duc Huy then had the easiest of tap-ins to give Sahako the well-deserved win and their place at the top of Group B.

In the meantime, Hongyen Thakam from Thailand won Group A of the tournament this year when they destroyed Down Town Sport from Cambodia 11-2.

But the home team did not have the best of start when they conceded an own goal in the very first minute of play through Pokawin Anantasaksothon.

However, Hongyen Thakam, who is currently sitting at the top of the Thailand Futsal League 2022, were just indomitable as they romped to a 3-1 lead at the break off goals from Siksaka  Pramanong (9th), Amarin Akapan (12th) and Keattisak Songkhrao (14th).

Hongyen then turned on the power in the second half as they fired in eight goals through Therdsak Charoenphon (27th and 32nd), Wilson Neto (27th), Wittaya Duangpoo (33rd and 39th), Charoen Seana (35th and 35th) and Supot Makrak (40th).

Down Town Sport’s other goal was scored by Ros Sichamrouen in the 31st minute. 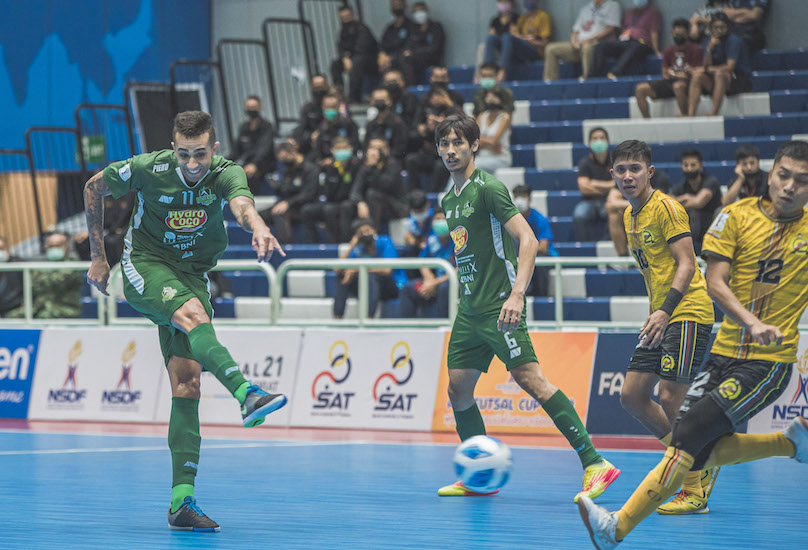 On the other hand, Bintang Timur Surabaya FC from Indonesia took the runners-spot in Group A following their 19-0 win over Perwira of Brunei DS.

With the group stage completed, the semifinals of the AFF Futsal Cup in two days will see Sahako FC taking on BTS FC in the first tie before Hongyen Thakam play Selangor MAC in the second game of the evening.