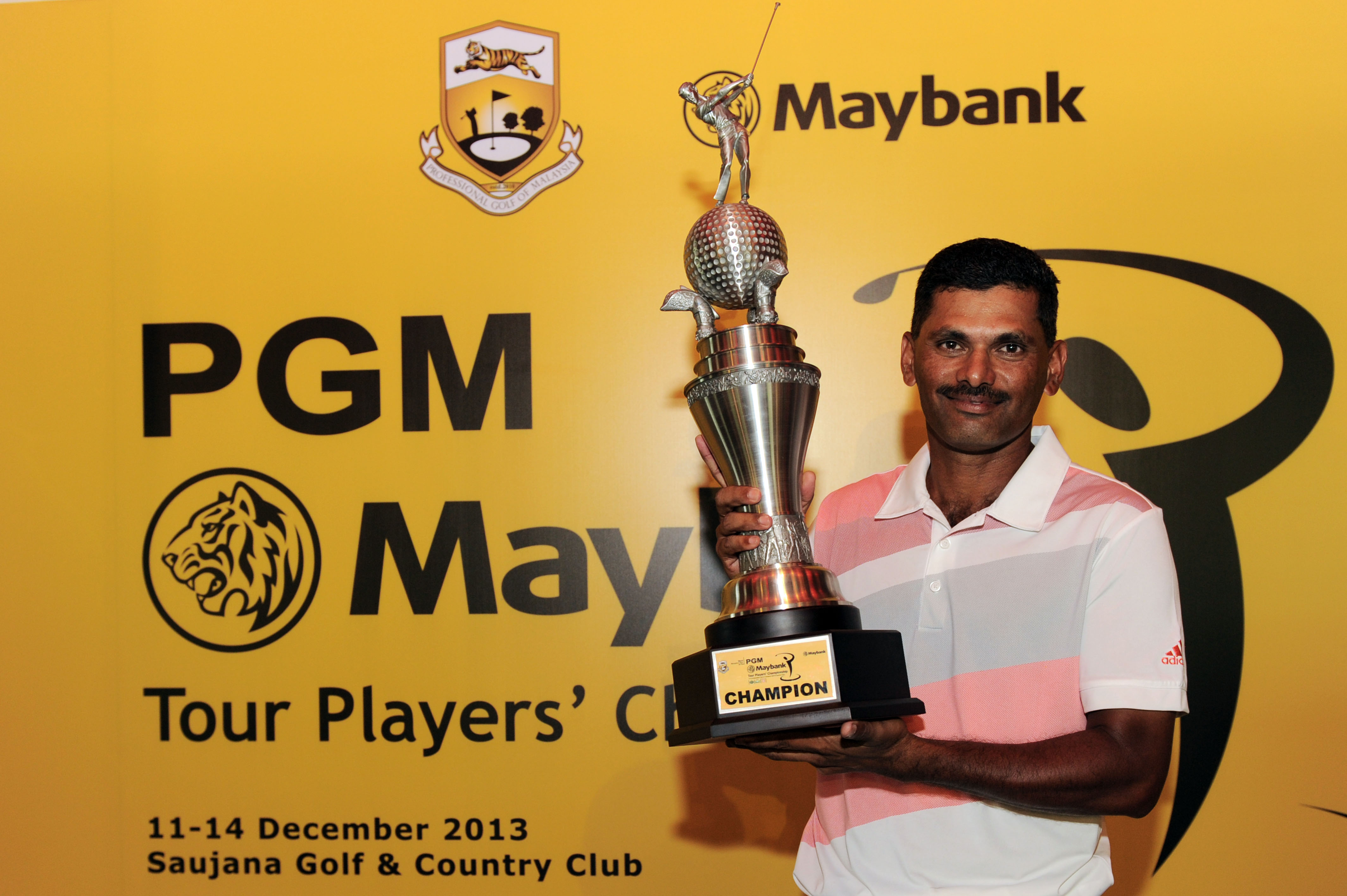 MALAYSIA’s top golfers, led by Nicholas Fung and R. Nachimuthu will be out to impress at the Maybank Malaysian Open 2014 in April.

The Sabahan is one of 17 Malaysians who have already qualified for the tournament, to be held at the Kuala Lumpur Golf and Country Club (KLGCC) West Course from April 17-20.

Nicholas, who topped the Professional Golf Malaysia (PGM) Order of Merit (OOM), qualified automatically for the Maybank Malaysian Open 2014 as he finished the year ranked No. 36 on the Asian Tour’s OOM. The top 60 on the Asian Tour OOM earned automatic berths.

Nachimuthu has been selected as one of Maybank’s two sponsors invites. The other is Arie Fauzi.

Nachimuthu earned the invite as he won the Maybank Tour Players’ Championship in December while Arie had a consistent year with several top 10 finishes on the PGM Tour.

In addition to the slots for professional golfers, four slots will be granted to amateurs from the Malaysian Golf Association (MGA) National Team – Gavin Kyle Green, Ervin Chang and Solomon Emilio Rosidin, with one other to be announced at a later date.

Four more Malaysians will be given berths via the Maybank Malaysian Open – National Qualifiers at the KLGCC from Feb 18-19.

As excitement builds towards what is widely regarded as one of Asia’s leading national opens, the Malaysian golfers will rub shoulders with former world No. 1 Lee Westwood, who has been revealed by title sponsor Maybank as the first of the Star Players.

“In essence this is a shootout and only the top four will survive. The quartet with the lowest scores will make the cut,” said Tan Sri Mohd Anwar.

“The qualifiers will instill competitive spirit in the golfers and I’m sure they will benefit from it.”