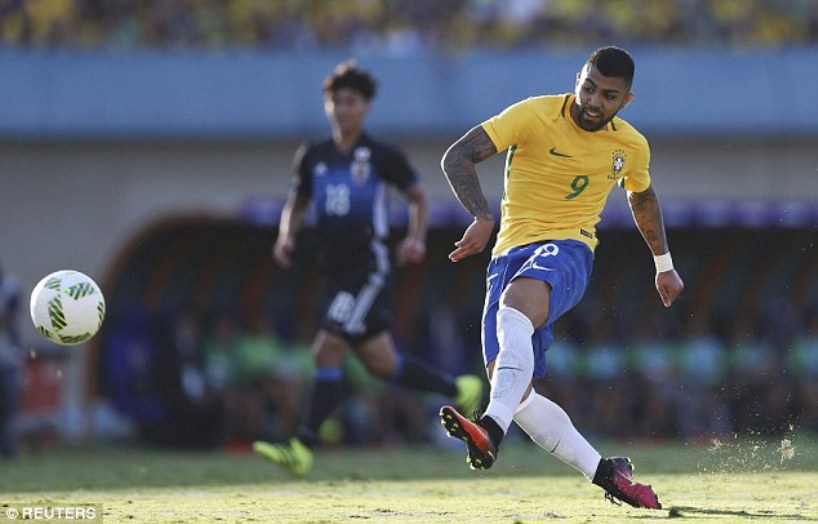 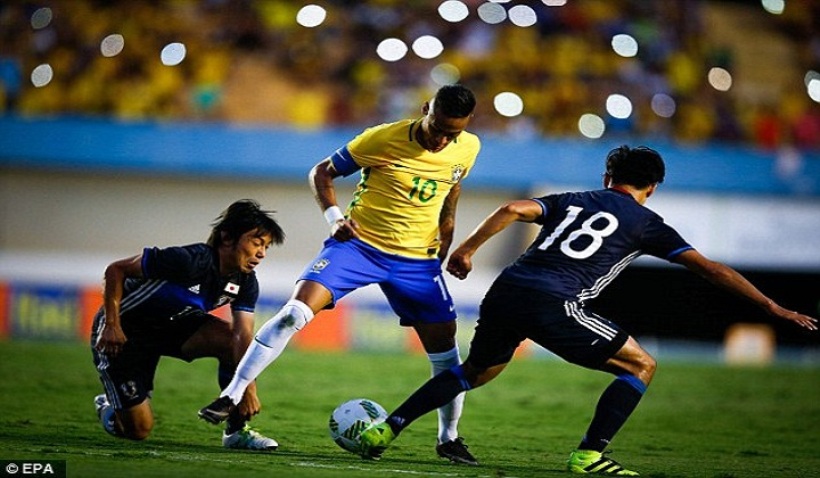 The 19-year-old Santos striker, who has been linked to European clubs including Juventus, gave Brazil a 1-0 lead in the 33rd minute after a mesmerising slalom through the Japan defence.

The shot by the forward known to fans as “Gabigol” took a big deflection on its way into the Japanese net but there was no denying the electrifying burst of skill which created the opener.

Barcelona superstar Neymar — desperate to lead Brazil to victory in the Rio de Janeiro Olympics after the agony of the 2014 World Cup — created Brazil’s second from a corner, headed in by Marquinhos in the 41st minute.

Neymar and Gabriel formed a potent attacking trident alongside Gabriel Jesus, the 19-year-old Palmeiras attacker who is reportedly close to signing for English Premier League side Manchester City.

Brazil are targeting this year’s Olympic football crown — the only title that the football-mad nation has yet to win.

The Brazilians were beaten in the final of the 2012 Olympics by Mexico at Wembley.

The five-time world champions then suffered a traumatic exit at the 2014 World Cup, humiliated 7-1 in the semi-finals by eventual champions Germany.

Brazil play South Africa, Iraq and Denmark in their first round Group A at this year’s Olympics. Japan are drawn in Group B against Nigeria, Colombia and Sweden. – Agence France-Presse