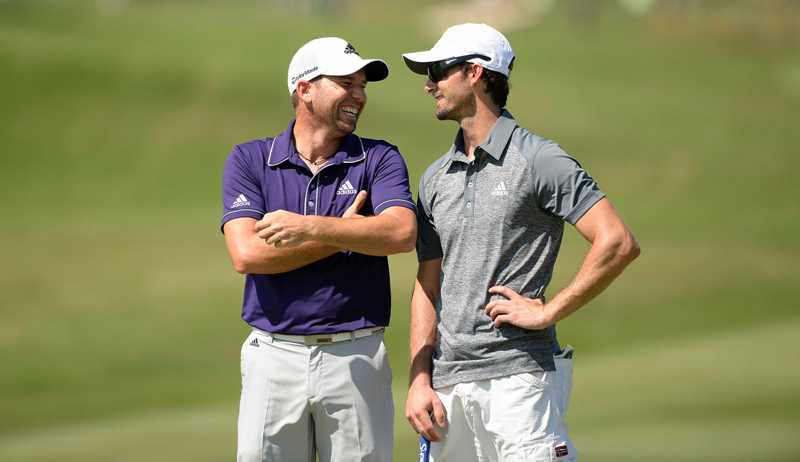 Spain’s Sergio Garcia is confident he can strike a formidable partnership with former world number one tennis player Juan Carlos Ferrero when he defends his title at the Thailand Golf Championship.

The world number seven had his girlfriend Katharina Boehm carry his bag for him when he won the Thailand Golf Championship last year.

However he decided to give her a break and team up with Ferrero at this week’s US$1 million Thai showpiece.

“Juan Carlos is one of my best friends who loves golf and is a very good player himself. He’s a three-handicapper and obviously knows what he’s doing.

“It’s nice for him to get some experience this week but I know my girlfriend wants to be back on the bag some time so you’ll see her again,” said Garcia on the eve of the Thailand Golf Championship.

Garcia will face a stern test at the Amata Spring Country Club as he will be up against a stellar field that includes some of the best players from the Asian Tour including merit leader David Lipsky of the United States, India’s Anirban Lahiri and home favourite Thongchai Jaidee.

“The level of golf in Asia is growing very rapidly and you can see many Asian players coming out to play in Europe and on the PGA Tour.

“We saw that with Thongchai and Kiradech (Apibarnrat) doing so well (in South Africa) last week. There’s always a group of Asian guys who can come out and perform well and they all have a chance of winning this week,” said Garcia.

While he has cast one eye on a successful title defence, the Spaniard will also be looking to shake off a flu bug.

“The flu’s a little bit better. I had a nice Jacuzzi and steam bath and I think that helped and I’m going to try to do it again today,” said Garcia.

Frenchman Victor Dubuisson, who is making his debut at the Thailand Golf Championship, had a feel of the course conditions during the morning pro-am session and is already bracing himself for the tough test ahead.

“The rough is just so thick. I missed two fairways and I almost couldn’t find my ball from about 10 feet from the fairway. It’s going to be really challenging,” said Dubuisson.

Perceived as an enigma and reserved individual since he announced his arrival on the world stage with his maiden victory in Turkey last year, the 24-year-old is pleased with his company for his first 36 holes.

“I play with Lee and Kiradech who are good mates and we’ll have some fun,” said Dubuisson.

Meanwhile Westwood is relishing the prospect of competing under the revamped conditions at the Amata Spring Country Club.

Although his 2011 Thailand Golf Championship win which includes shooting a career-low round of 60 still brings back fond memories, the Englishman prefers to play down any expectations of firing another stunning 60.

“I have shot a 60 once in my career and I’m surprised by the number of people who think I’m going to shoot 60 every time I go out on this golf course. It’s a tough course.

“The course is in great condition even though the rough’s a little long for my liking. They put a few new tees and new bunkers in and have toughened it up,” said Westwood.