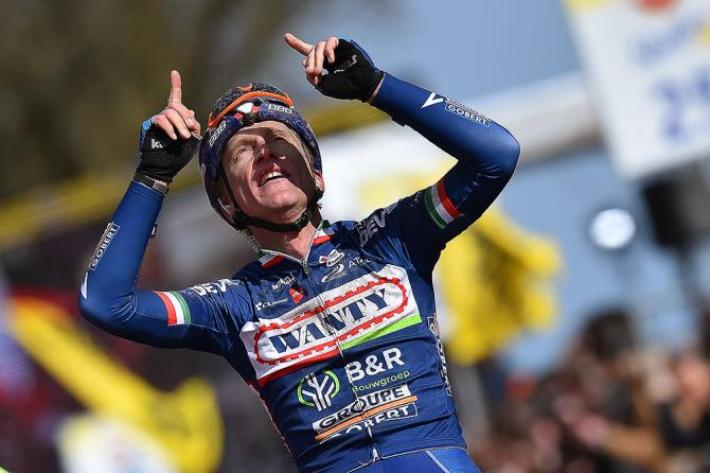 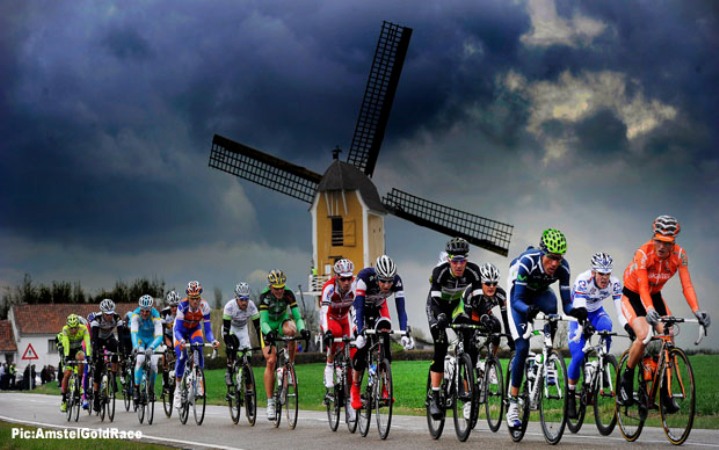 Italian Enrico Gasparotto won the first Ardennes Classic of the season on Sunday, claiming victory in the Amstel Gold race for the second time.

The 2012 winner timed his attack to perfection on the final Cauberg climb and then easily beat Dane Michael Valgren in a sprint finish at the end of the 248.7km Dutch one-day classic.

On crossing the line, Gasparotto paid tribute to his Belgian team-mate at Wanty, Antoine Demoitie, who died three weeks ago during Gent-Wevelgem in a collision with a motorbike during a race at the end of March.

“This victory is incredible,” said Gasparotto, who was second on Wednesday in De Brabantse Pijl behind Czech Petr Vakoc.

“Yesterday, Antoine’s wife came to our hotel to meet us.

“It was hugely emotional, one of the most of my life.”

The chasing pack left it too late to launch their counter and finished four seconds behind with Italian Sonny Colbrelli winning the sprint for third.

Three-time former winner Philippe Gilbert of Belgium, who was nursing a broken finger, lost touch with the lead peloton 30km from the end while last year’s winner, Poland’s Michal Kwiatkowski succumbed inside the final 20km.

Soon after that, a five-man breakaway was reeled in, only for Belgium’s Tim Wellens to attack with 7km left.

He made it all the way to the final of four ascents of the Cauberg 2.4km from the finish but was caught when Gasparotto and Valgren launched an attack out of the pack.

The chasers hesitated, giving the top two the chance to gain a winning gap.

Gasparotto, 34, a top 10 finisher in this race in six of the last seven years, proved too wily for 24-year-old Valgren, focring the Dane to lead out the sprint and then coming past him with consumate ease. – Agence France-Presse