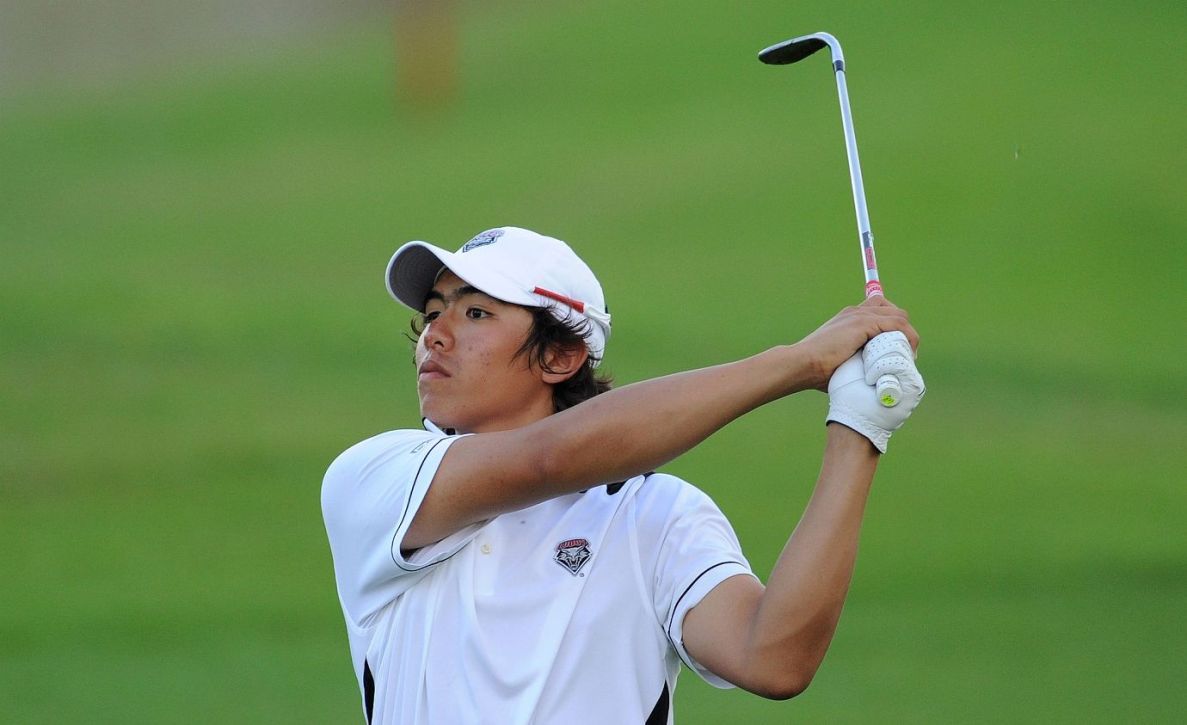 The next time Gavin Kyle Green takes part in the Maybank Malaysian Open, he may well be a professional. The 20-year-old University of New Mexico has one more year to go and will decide then what to do.

“I thought about my future but I have one more year and the goal now is the finish the year and see what happens,” commented Gavin after finishing tied 47th in the Malaysian Open which ended yesterday.

Gavin, who was the best Malaysian finisher last year, did well to make the cut again this year. He started with a 74 on the first day and scored a wonderful two-under 70 in the second round. In the third and final round, he carded scores of 75 and 70 to finish with a one-over 289.

Despite being an amateur, Gavin outshone many other local professionals who once again failed to rise to the occasion on home soil. Gavin along with two other Malaysians, Nicholas Fung and Khor Kheng Hwai advanced to the third round. A total of 19 other Malaysian golfers failed to make the cut.

At the rate he is progressing, Gavin remains the nation’s brightest hope of a future star. It will be great to watch this confident youngster playing regularly on the professional arena in the coming years.

“I played really solid. I putted well but didn’t drive the ball as well. I grinded it out quite well. I didn’t make many putts on the last two days but I recovered well. I had a couple of bad holes but overall it was a good tournament for me.

“My attitude was really good especially coming from the United States. It was good and my game has been solid.”

Meanwhile, Kheng Hwai admits his confidence has been boosted after the event. “My confidence has certainly been lifted to another level (after making the cut at the Maybank Malaysian Open). Now I’m at a level which I’ve never been to and which I’ve been trying to achieve. It was nice to see a red number on my scorecard!

“I would love to be a familiar face in the Maybank Malaysian Open. It has always been a challenge to be playing in this big event. I’m glad that I saw a lot of crowd out here supporting us. I’m happy to be out here to play on the big stage.”