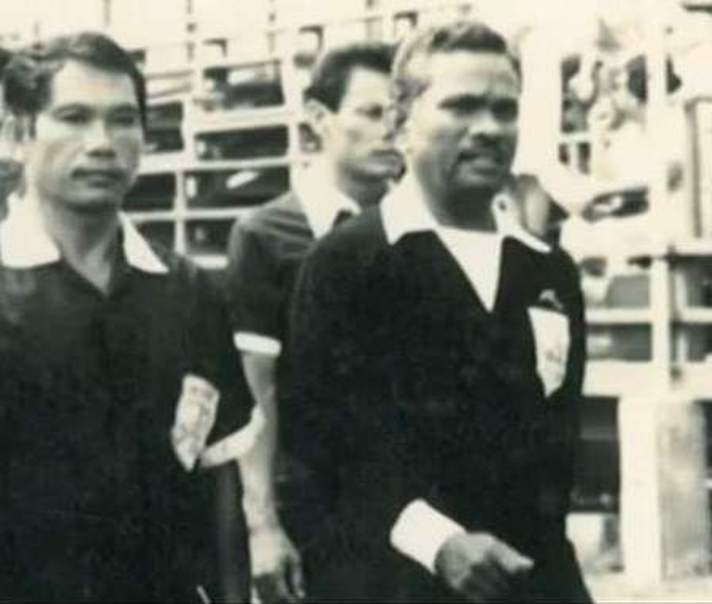 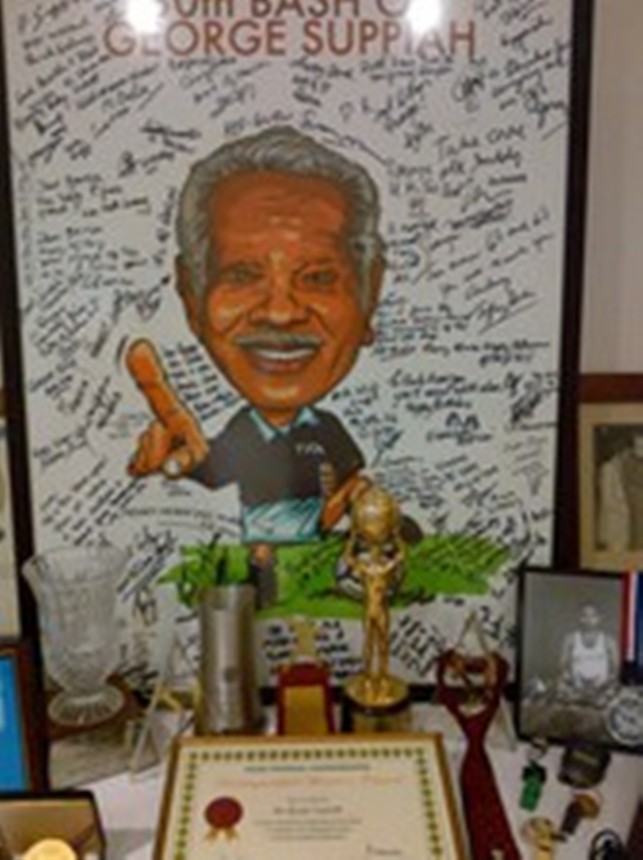 HOW time flies but memories forever remain: Over the weekend, 42 years ago, a Singaporean made history as the first Asian football referee to hold a whistle at the 1974 World Cup Finals in the then-West Germany.

June 19 1974 at Olympiastadion in Munich, Govindasamy “George” Suppiah was accorded the honour to do the Poland and Haiti match during a time FIFA (the world football body) never entrusted a referee’s job to anyone from Asia.

Probably not because on racial or nationality lines but more likely because the amateur-refereeing Asians were perceived to be not up to the mark to do such an elite job, especially when it involved 22 professional players in the field of play.

But good ‘ole George broke this global monopoly and set the records straight that Asians, too, can hold their heads high, with a world-class show that earned him global praise from FIFA. He was later accorded the rare distinction to be the assistant referee for the (quarterfinal) Sweden-Bulgaria and (semifinal) Brazil-Holland matches.

Oh yes, “George” was a shorter-form name given to him when he went to Loughborough Univerity in England in the 1960s to do his sports degree when the “angmohs” couldn’t rattle out the longish-name “Govindasamy”!

Today, the late George, who passed on Dec 7 2012 after a prolonged battle with diabetes, remains a refereeing legend of sorts, for breaking the perception that Asians cannot match the best, if they diligently put their hearts and souls, to delivering the high-quality job.

I remember just before he died, he was in tears as he was presented with a “Lifetime Achievement Award” by the Malaysian Indian Congress (MIC). He was unable to attend the formal MIC appreciation dinner in Kedah, where several prominent Malaysian figures were honoured, from Santokh Singh (football), James Selvaraj (badminton), M. Ramayah (golf), M. Karathu (football), Paul Mony (football) and V. Angamah (athletics).

“I’m pleasantly surprised. The Malaysians still remember me,” George said, with a wink of the eye, as he was given the trophy in hospital. “I’ve dedicated my life to refereeing for more than half-century and I must salute my wife and family for always being there for me. Family support ranks tops in my book.”

The MIC, in its award-citation, hailed Mr Suppiah as a “Made-in-Singapore legend in Asian refereeing circles as Pele, George Best or Cristiano Ronaldo would be with their global footballing skills”.

Extraordinarily, George made refereeing into a noble sporting art and over 43 “A” international matches from 1953 to 1978, in Asia, Australia and Europe, he became world-renowned as a sporting ambassador and diplomat.

A former top-ranked amateur footballer in the 1950s, George, an educationist who rose to be vice-principal, also coached Singapore Youths in the 1970s, and was president of the Singapore Football Coaches Association (SFCA) and Football Referees Association of Singapore (FRAS) in the 1980s. The Asian Football Confederation (AFC), based in Kuala Lumpur, decorated him with the AFC Gold Service award in 2009 when it was declared as “Asian Referees Year”.

“He’s a role model to his family and Singaporeans,” said daughter, Shamini, who noted that outside the arena of sports, her father served many social and charity organisations such as the Singapore Indian Association, Singapore Cricket Club, Singapore Indian Development Association (SINDA) and in recognition of his community services, he won a special award in the 2003 Active Senior Citizen of the Year.

Football Referees Association of Singapore (FRAS) President Ravi Krishnan summed Mr Suppiah best with this applause: “He is an outstanding regional role model: A legendary sportsman. A distinguished educationist with principles. A big-hearted gentleman ever ready to serve the community.”

George was always an exemplary role-model leader and I still recollect his endearing words, during his half-century career as a teacher, when he told his two grandchildren: “Education is the greatest wealth we can give you. Always remember to be a giving person. If people do harm to you, do not retaliate but be patient and you will win them over with kindness. Do not be a pushover but learn to have inner strength.”

George’s inspiring world-class breakthrough in 1974 paved the way for other Asean referees to reach the world stage. Thirty two years later, Shamsul Maidin officiated at the 2006 World Cup Finals in Germany. Today, Shamsul stands out as the first Singaporean to be appointed as the Asian Football Confederation (AFC) Director of Referees.

Now, even after 42 years, memories of George still reverberates along the corridors of Jalan Besar Stadium as a Made-in-Singapore regional role model: A legendary sportsman. A distinguished educationist with principles. A big-hearted gentleman ever ready to serve the community.