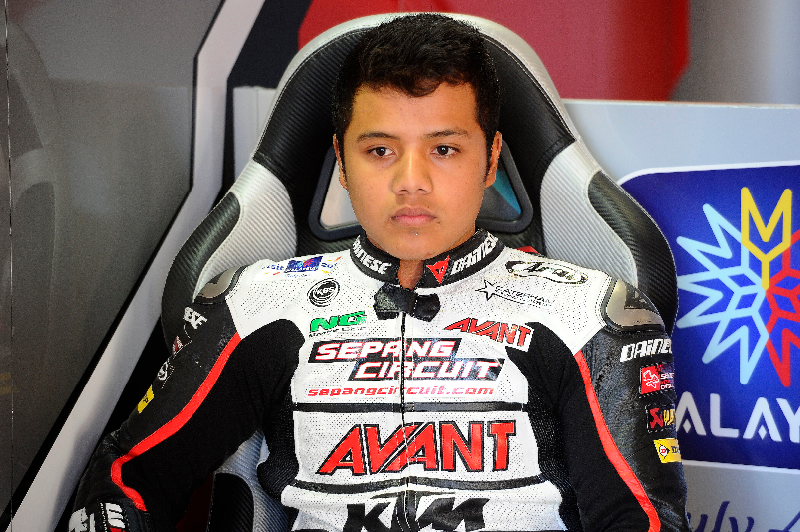 The fourteenth round of the Moto3 season was a tough battle for Hafiq Azmi. The Malaysian rider managed to finish his eleventh race in the Moto3 World Championship -his seventh in succession. After starting from 28th on the grid, the SIC-AjoTeam rider showed good pace throughout the race and completed his comeback to cross the line in 19th place.

Before the start was taken the race was declared wet, although the track conditions were mixed. Hafiq Azmi chose to use slick tyres as the track was beginning to dry, and his choice proved to be the correct one as the race developed.

The SIC-Ajo Team rider experienced a few scares on a very treacherous asphalt, but led his group right to the end of the race and finished inside the Top 20.

The Moto3 World Championship begins a series of flyaway races from the next Grand Prix, held at the Japanese circuit of Motegi. Hafiq Azmi will continue his learning phase in the World Championship and try to fight for his first points.