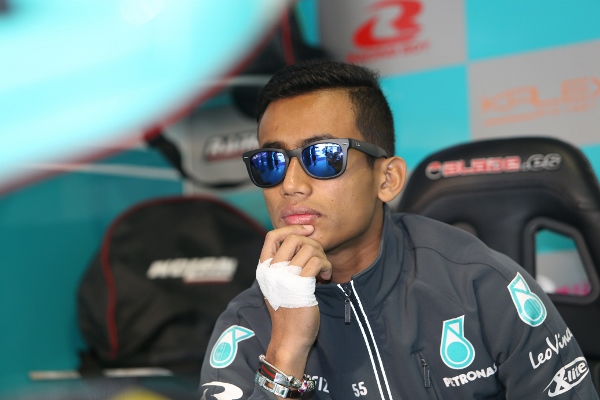 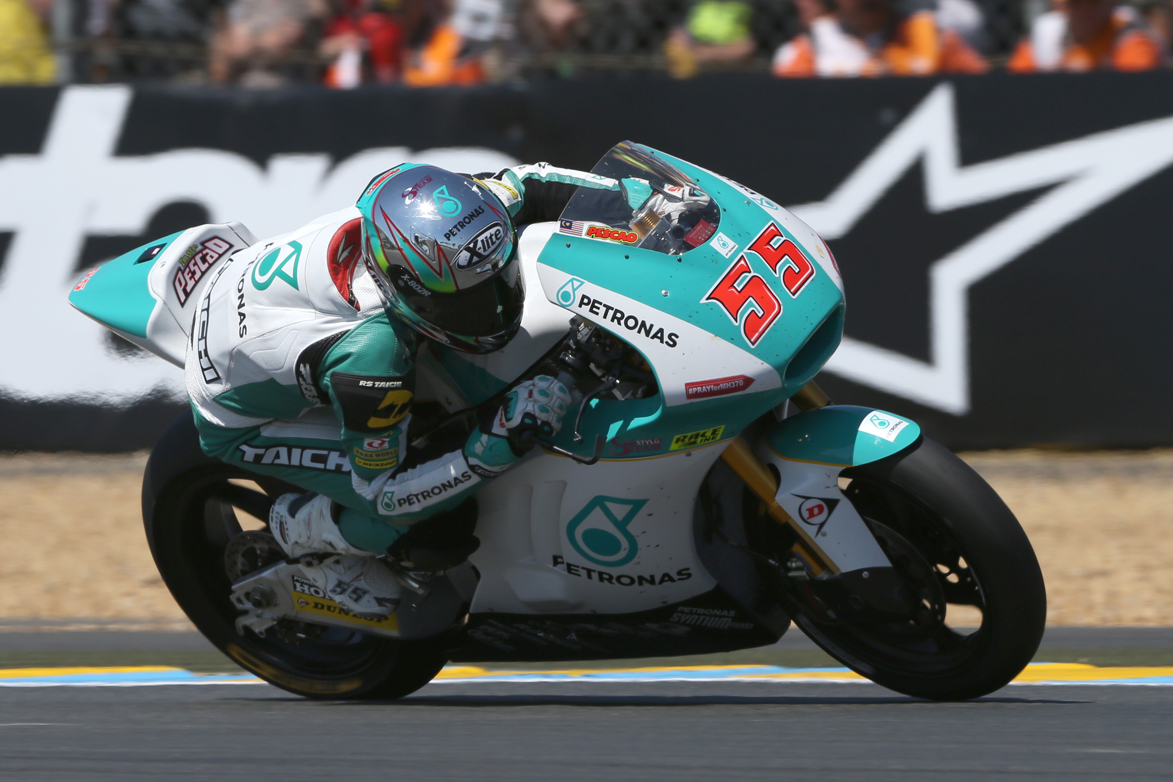 Malaysian Moto2 rider Hafizh Syahrin Abdullah will start the opening round of the 2015 Moto2 World Championship from the seventh row.

The main over-steering issues faced during the first two free practice sessions seems to have been corrected when the PETRONAS Raceline Malaysia rider clocked 12th fastest during the third free practice with 2’01.160. During the qualifying session, Hafizh shaved 0.160 seconds off his best lap, but unable to find his rhythm, Hafizh spend most of his qualifying laps without any tow from riders which is highly important to gain those extra tenths of a second for his lap time. As a result, Hafizh only posted 19th fastest on the 30-man grid.

“I am a little frustrated in this crucial qualifying session. I could have lapped faster if I had been able to position myself with some fast riders to get the wind draft on the straights. My bike was still a little down on top speed and the slipstream would have made a world of difference,” said Hafizh who would be looking to lap within the 2-minute mark during the race in order to collect points for the first round.

The Moto2 class is so competitive that there are 13 riders ahead of Hafizh who were consistently lapping within the 2-minute mark while the top five riders, led by Sam Lowes, were clocking below 2 minutes. Lowes, who took pole position with 1’59.423, had been dominant during the run-up to the first race despite a crash in the later stages.

“Hafizh should have taken some laps well behind some fast riders during the qualifying. Most of the competitors will take the chance to follow each other to gain better lap times but Hafizh lost those opportunities and ended in a few positions lower in the final time sheets. We will work on a strategy for him and hopefully he will have a good showing,” said team principal, Barry Leong.