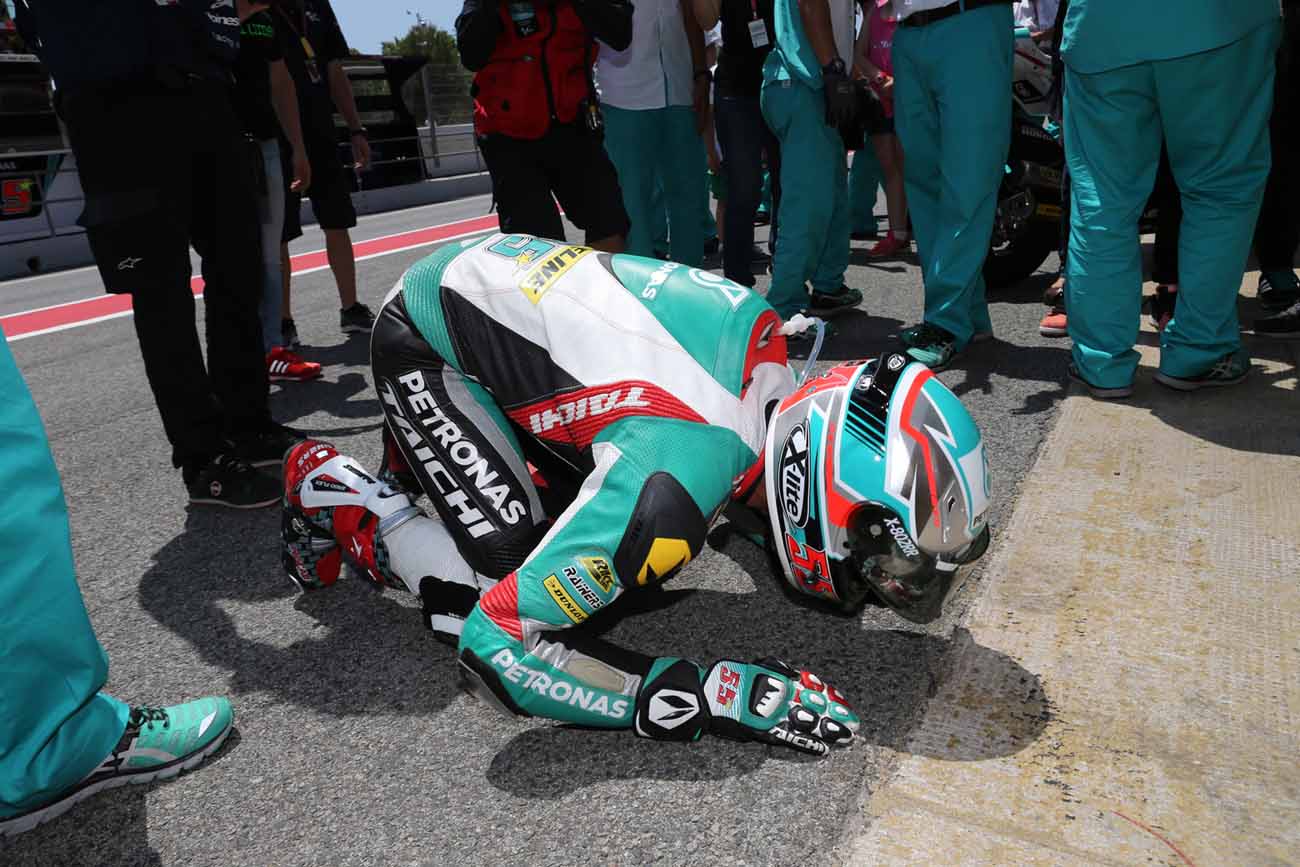 PETRONAS Talent Development rider, Hafizh Syahrin pulled off another amazing performance as he notched fourth place in an intense Catalan Grand Prix on Sunday while wildcard, Ramdan Rosli finished 19th. The PETRONAS Raceline Malaysia rider who qualified 13th (fifth row) spent most parts of the 23-lap race battling with the frontrunners before he edged Thomas Luthi in the final lap in 42’42.124s to take fourth, matching his season’s best result at the opening round in Qatar in March.

Picking up 13 points from this leg, Hafizh moves up to fifth in the Moto2 world championship standings with 60 points with Alex Rins leading the field with 116 points.

Hafizh Syahrin, PETRONAS Raceline Malaysia Moto2 rider
The bike was perfect and I could managed my race well. We were a bit concern earlier on with the high track temperature but everything turned out well in the end. Thank you to PETRONAS and our other sponsors for believing in us. For sure we want to do better and we will continue to work hard.

Barry Leong, PETRONAS Raceline Malaysia team manager
Hafizh showed his composure to keep on pushing and fight until the end. It was a tense race all the way after he shot up to 5th at the first turn. We are pleased with the result and Hafizh and the team did a great job for the weekend. Well done!