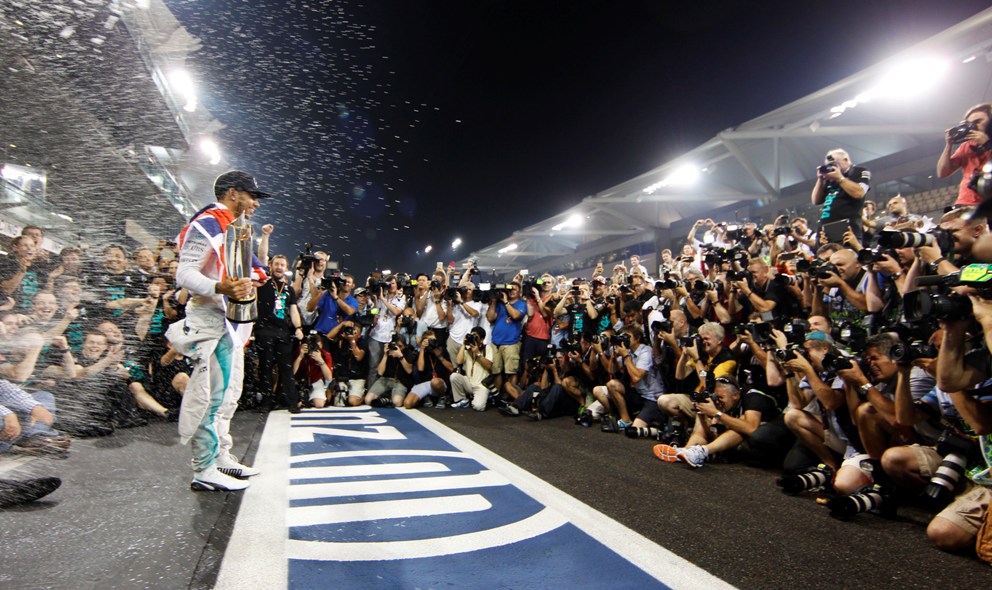 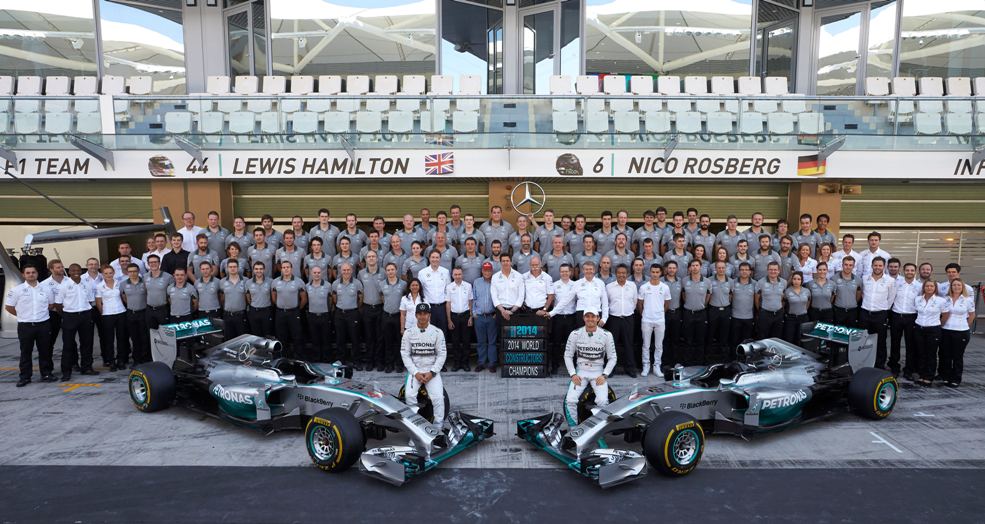 Lewis Hamilton said Saturday the tension with his Mercedes team-mate Nico Rosberg has disappeared, a week after the Briton won the world drivers’ championship ahead of his German rival.

Hamilton’s victory at Abu Dhabi in last Sunday’s season finale saw him crowned world champion for the second time as he finished 67 points ahead of Rosberg after their battle for the 2014 title went to the wire.

The pair appeared at Mercedes’ end of season party in Stuttgart in front of 50,000 fans with Hamilton saying all the friction between the pair during the season is now long gone.

“All the tension disappears and we have gone back to being two normal individuals, talking about the normal things guys talk about,” said Hamilton when asked about relations with his team-mate.

Rosberg, who resumed testing on Tuesday, is already looking ahead to the 2015 season.

“I didn’t reach my big goal, but there was a lot of positive things to take from the season and things I can perhaps do differently. I will focus on 2015,” said the German.

Hamilton’s contract expires at the end of next season and the Briton was relaxed about extension talks.

“I feel at home here and I also still have a contract until 2015, so there is no rush,” he said with Rosberg under contract at Mercedes until 2017.

“I hope we can sit down and talk about it before Christmas.”

Hamilton said he hopes to start a new era with Mercedes to dominate the world drivers championships in the seasons to come.

“It is totally possible, this is definitely the start of something special,” added Hamilton who won his first world title in 2008.

“We have a great team and awesome management, we can build on that and if we continue what we have started this season, I don’t think it’s impossible.

“Many drivers will never be world champion, so you have to be grateful when it happens.

“I am very proud of what I have achieved so far with these two world titles.”

The Briton said he also often thinks of French driver Jules Bianchi who has been in a coma since October 5 after a crash in Japan.

“I often include Michael in my prayers, it is not easy to think that anything can happen in Formula One,” said Hamilton.

“Just like with Jules Bianchi. He is such a talented guy — then he had a really bad accident. I hope both of them will get better soon.” – Agence France-Presse