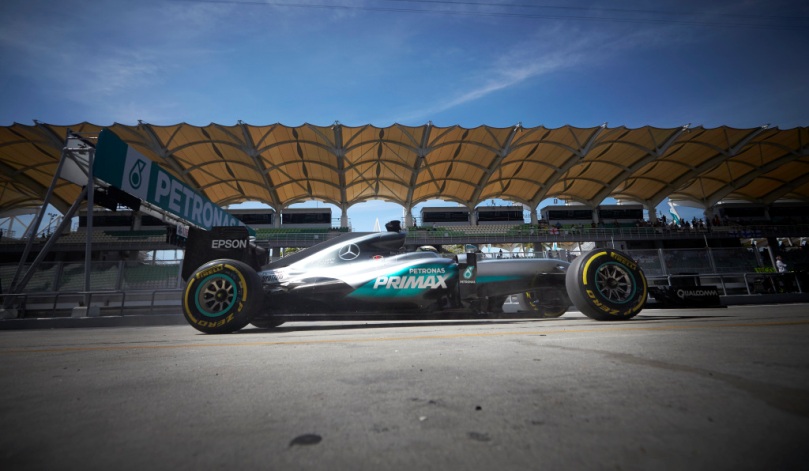 The reigning world champion clocked the fastest lap ever recorded at the 5.543km circuit in 1min 32.850sec.

His amazing drive eclipsed the pole position lap record for Sepang set by Juan-Pablo Montoya way back in 2004.

But Hamilton still reckoned it wasn’t perfect despite being more than four-tenths faster than Mercedes rival and championship leader Nico Rosberg.

“I really enjoyed the lap. But it could have been faster,” said Hamilton, who has been consistently quicker all week than Rosberg.

It is a welcome and timely return to form for the three time world champion after his Mercedes teammate won the last three races to open up an eight-point title race lead.

“This is definitely the best the car has been here,” Hamilton told reporters.

Rosberg’s best lap was hampered by a slide at the remodelled final hairpin bend.

“Lewis’s lap was very quick so it was always going to be difficult,” said Rosberg. “I would have been close, but unfortunately I made a mistake in the last corner.”

Third on the grid will be birthday boy Max Verstappen, who celebrated turning 19 on Friday before clocking 1:33.420 a day later, less than 0.2sec off the pace of Rosberg.

“The whole weekend has been quite positive for me, we made some changes after Singapore that worked,” said the teenager.

Next comes the Ferrari of four-time Malaysia victor Sebastian Vettel and his teammate Kimi Raikkonen.

Just two-tenths of a second separated the best lap times of the Red Bulls and Ferraris making for an intriguing battle in Sunday’s race on a high-speed circuit that provides ample opportunities for overtaking. – Agence France-Presse