James Harden bounced back in a big way on Monday, scoring 45 points to lead the Houston Rockets to a 110-98 NBA victory over the Indiana Pacers.

Harden was one point shy of his career high set on February 20, 2013 against Oklahoma City.

Harden, the league’s leading scorer with an average of 27.1 points per game, notched his 18th outing of the season of 30 or more points and his fourth of 40 or more.

Thirty-three of his 45 came in the second half as he rebounded from a disappointing 12-point outing as he battled foul trouble in Houston’s 131-106 loss to Golden State on Saturday.

“It’s going to be like that,” Harden said. “There are going to be some games where I’m not making shots or I’m just frustrated.

“Last game, having three fouls in the first quarter, that was the first time I really went through that all season … kind of frustrating, but it was very important to bounce back and we did a great job of that tonight.”

In the meantime, LeBron James scored 26 points and Kyrie Irving added 18 points and 12 assists on Monday as the Cleveland Cavaliers beat the short-handed Chicago Bulls 108-94 on Monday.

All five Cleveland starters scored in double figures and Irving, Kevin Love and Timofey Mozgov had double-doubles for the Cavs, who won their third straight after a six-game NBA losing streak.

Love, back after a one-game absence because of back spasms, scored 16 points and pulled down 12 rebounds, while Mozgov, a Russian center acquired this month from Denver, added 15 points and 15 rebounds.

The Cavaliers, who endured an erratic start to the season adjusting to the return of four-time NBA Most Valuable Player James after four seasons in Miami, never trailed.

Cleveland stretched the advantage to as many as 25 points in the third quarter.

The Bulls managed to narrow the gap to 12 early in the fourth, but Chicago’s miscues doomed any hopes of a rally.

In addition to a dismal 37.5 shooting percentage, the Bulls saw Spanish center Pau Gasol drop a rebound out of bounds and backup guard Tony Snell throw a pass with no clear recipient that ended up hitting Cavs coach David Blatt.

With the win, the Cavaliers improved to 3-1 since James returned from a two-week absence with knee and back injuries.

“I feel good,” James said. “it’s the best I’ve felt all year. I just want it to continue and keep riding this wave.”

Jimmy Butler scored 20 points and Derrick Rose had 18 points to lead the Bulls, who have dropped six of their last eight.

Chicago’s Joakim Noah missed his fourth straight game with an ankle injury, but the Bulls got some good news on that front on Monday as coach Tom Thibodeau said an MRI on the French center’s ankle came back “clean.”

“He’s making progress, so we’ll see where he is when we get back,” Thibodeau said, indicating he expected Noah to be back on court soon.

Cleveland, with James back in the fold, and Chicago, with former NBA MVP Rose healthy, were expected to be the top two teams in the Eastern Conference this season.

Instead heading into Monday’s contest the Bulls were fourth in the East and the Cavaliers sixth in a conference topped by the streaking Atlanta Hawks.

The Hawks notched their 13th straight victory on Monday, beating the Detroit Pistons 93-82.

Atlanta have won 27 of their last 29 games and are one victory shy of tying the longest winning streak in franchise history set in 1993. – Agence France-Presse 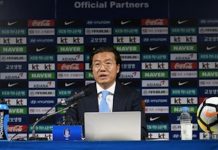 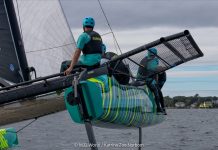