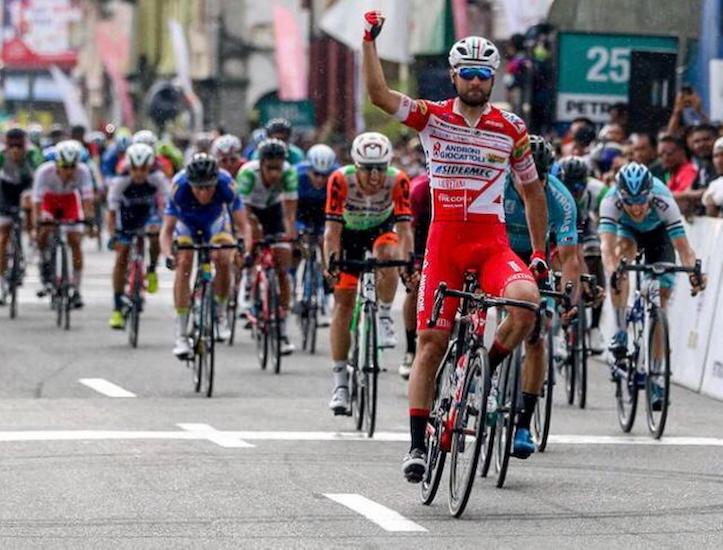 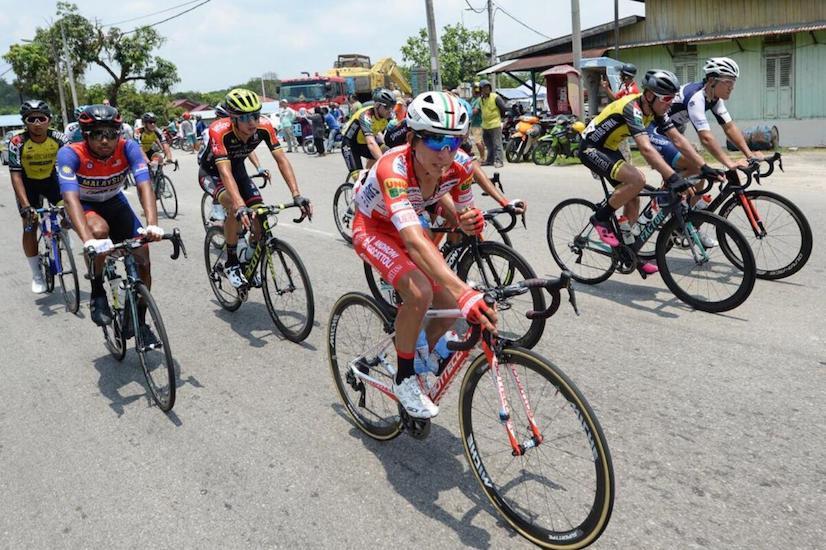 A regular feature in PETRONAS Le Tour de Langkawi, pro continental outfit Drone Harper-Androni Giacattoli are eyeing to make an impact in the upcoming 26th edition of the race, which starts on October 11.

Team manager, Gianni Savio said, despite being a regular since the team’s first participation in 2000, he foresees this year’s challenge would be among the toughest due to the quality of teams coming in for the race.

Armed with a mixture of experienced and young riders, Savio expressed his excitement for being able to see action in LTdL 2022 after last year’s cancellation due to the global covid-19 pandemic.

“We always have high regard for LTdL as among the best and well-organised races in Malaysia and Asia. After last year’s cancellation, we are excited to be back again in Malaysia,” said Savio.

Top on the team’s roster for PETRONAS LTDL 2022 is 31-year-old Argentinian  Eduardo Sepulveda, who Savio hopes will be able to deliver the desired results in the general classification.

Formerly with Movistar, Sepulveda was roped into the team last year and has impressed Savio with his high work rate and commitment after emerging second in the King of Mountains challenge and third overall in the Presidential Cycling Tour of Turkiye early this year.

In 37-year-old Alessandro Bisolti, Savio believes the experienced Italian is ready to mount a strong challenge with his all-round strength, especially in the hills and highlands apart from helping out team sprinter Eduard-Michael Grosu on flat routes and in the sprints.

With his wealth of experience riding in many major pro races, Bisolti a four-time participant of the Giro d’Italia with various big teams including Tinkoff Credit System, CSF Navigare, Farnese Vini before signing for Androni in 2018, will be among the ones to watch.

Grosu, currently in top shape and free of any injuries, will be relied upon to challenge other rivals based on his previous achievement with Nippo Delko One Provence.

“We had just completed the Tour of Romania two weeks ago. Grosu won a stage and the points competition, a great morale booster for him leading up to LTdL 2022,” said Savio.

The 30-year-old Grosu, who hails from Zarnesti, Romania, is no stranger to Asian races as he successfully secured six stage wins in the Tour of Qinghai Lake, China.

Three other youngsters in the six-men team include Italian Gabrielle Benedetti, 22, a regular in European races including in Tour of Sicilia, Sirkit Sarthe-Pays de la Loire and Tour de Limousin.

Colombian-born rider Didier Noberto Merchan Cardona, 23, had won the yellow jersey at Vuelta a Antioquia, apart from winning the third overall spot and a stage victory in Vuelta a Tachira. He will be among the team’s main men in the hills.

Brandon Alejandro Rojas, 20, is another young Colombian sprinter capable of turning the tables on the Tour’s well-known sprinters. Before coming to Malaysia, Rojas competed in the Classica de Almeira, Presidential Cycling Tour of Turkiye and GP Industria early this year.

Formerly known as Aguardiente Nectar-Selle Italia when they participated in the 2000 race, the team, established in 1996, picked up their first win through Jamie Drew.

In the last edition in 2020, the team’s climber Kevin Rivera won the gruelling Stage 4 up to Genting Highlands.