Home 2022 HSBC Cape Town Sevens off to a flying start 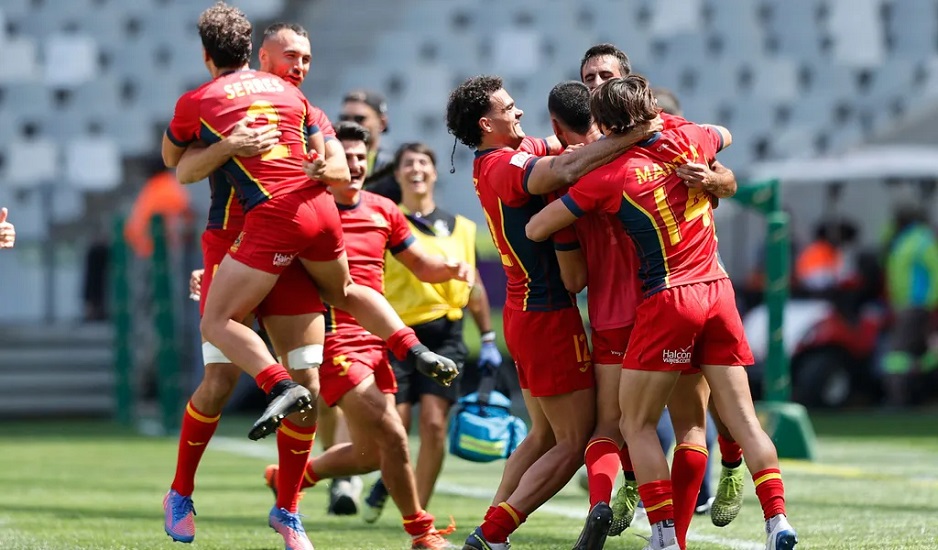 Australia, New Zealand, Fiji, Ireland and the USA all end day one with a perfect win record in women’s tournament

Play continues on Saturday from 08:45 local time (GMT+2) with the completion of the pool phase and quarter-finals, ahead of the semi-finals and finals on Sunday, tickets are available from https://capetown7s.com/tickets/

The HSBC World Rugby Sevens Series never fails to deliver in terms of drama, excitement and entertainment and the best men’s and women’s teams in the world were at it again on the first day of the three day HSBC Cape Town Sevens event in South Africa.

Each men’s team played one pool match on day one and Spain were the talk of Cape Town after defeating reigning Cape Town champions New Zealand 14-10 in Pool C.

In Pool B Great Britain overcame current Series title holders Australia with a last minute converted clinching a 21-19 victory in a match full of twists and turns.

South Africa and double Olympic champions Fiji got their Cape Town campaigns off to winning starts in Pool A with the hosts beating Canada 17-7 and the Pacific Islanders overpowering France 33-0.

In the women’s competition reigning Series title holders Australia, along with Olympic champions New Zealand, Fiji, Ireland and the USA all ended day one with a perfect win record following a pair of victories in their opening day matches to secure their place in the quarter-finals with a match to spare.

South Africa and Australia are joint leaders of the men’s Series with 32 points after two rounds, the first of which was won by reigning Series title holders Australia in Hong Kong last month and the second by South Africa in Dubai last weekend. France and Ireland are currently third and fourth on 30 and 29 points respectively.

Australia lead the women’s Series standings after claiming victory at the opening round in Dubai last weekend, followed by New Zealand and the USA in second and third place respectively.

Play begins at 08:45 local time on Saturday with the completion of the pool matches before the quarter-finals commence at 17:44. The semi-finals and finals take place on Sunday as the race of Series glory and Olympic qualification continues.

Remaining tickets for the HSBC Cape Town Sevens are available from https://capetown7s.com/tickets/