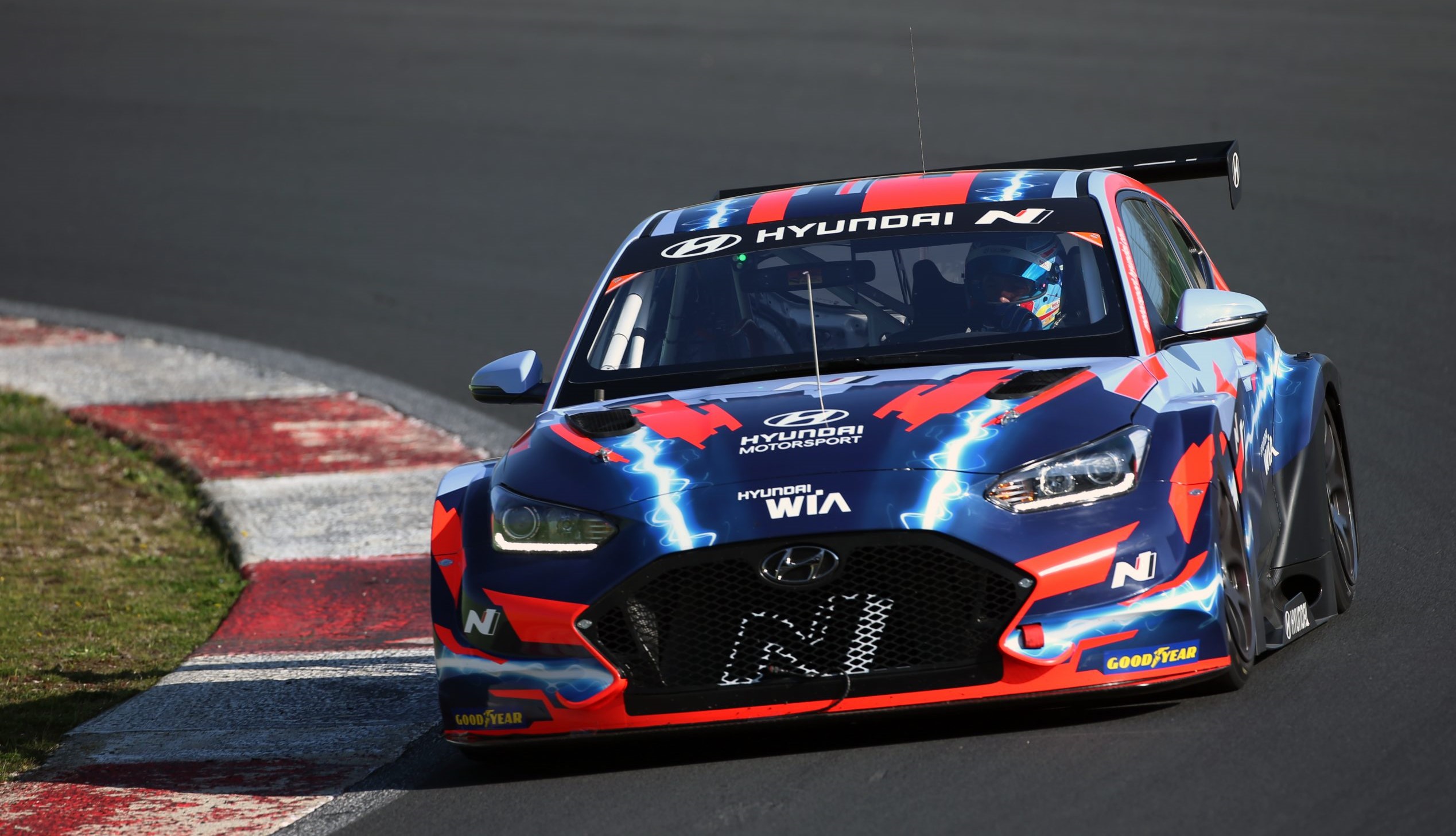 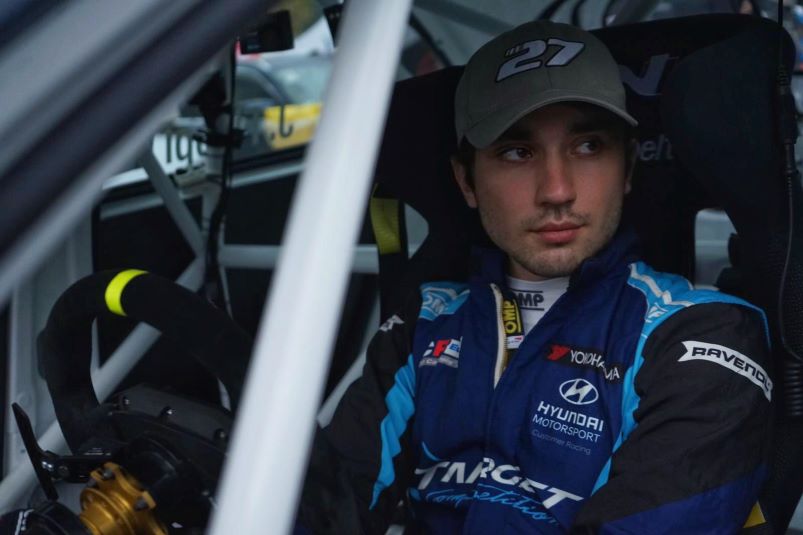 Augusto Farfus, Jean-Karl Vernay, Tom Chilton and John Filippi, who can boast 11 championship titles and more than 50 major touring car victories between them, will drive the brand-new Hyundai Veloster N ETCR in the five-round series, which begins at Vallelunga, Italy on June 18-20.

A versatile racer, Farfus is the reigning Intercontinental GT Challenge Champion, a former winner of the FIA GT World Cup, a two-time GTLM victor at the 24 Hours of Daytona and has achieved outright success in the Nürburgring and Dubai 24 Hours races, as well as taking the 2002 Euroseries 3000 crown.

Frenchman Vernay, 34, joined Farfus as an ETCR Test Driver earlier this year and can boast TCR International and Benelux titles to his name as well as five WTCR race wins and titles Indy Lights in the USA and the Porsche Carrera Cup France.

Briton Tom Chilton, 36, has spent almost his entire career in touring cars and won the WTCC Trophy for non-factory teams and drivers in 2017 to add to his British Touring Car Independents title from 2010. He’s also a race winner in the European and American Le Mans Series.

Filippi, meanwhile, was last year’s TCR Europe runner-up in a Hyundai, narrowly missing out on the title in a dramatic final-race shoot-out. The 26-year-old Frenchman, who has more than 160 FIA World Touring Car race starts to his name, was also runner-up in the 2014 WTCC TC2 category.

All four will race the Hyundai Veloster N ETCR, which last year was the first car to be fully-integrated with the ETCR powertrain that includes a 500kW battery from Williams Advanced Engineering that produced a peak power equivalent to a staggering 670bhp.

PURE ETCR will debut a brand-new race format in 2021 with the results of a series of short, sharp, knock-out Battles determining the drivers that will make the Finals and fight for the title of King of Queen of the event.  Each team will be represented by four drivers with the line-ups for the opening series of Battles determined by a random draw and every on-track event getting underway from the unique PURE ETCR Starting Gate.

Augusto Farfus said: “It’s great to be racing again as part of the Hyundai Motorsport team and with the Hyundai Veloster N ETCR. I’ve been fortunate enough to have done a lot of testing with the car. Through that process it’s been exciting to see – and feel – the progress of both the Hyundai Motorsport team and the technical suppliers working with the series to bring the project to where it is now. The overall performance is hugely impressive. As you’d expect from an electric car the acceleration is incredible, and the handling and balance of the chassis has given me the confidence that I can really push on track. We still have some testing to come before the first PURE ETCR race weekend, so I think we can aim to be on top from the very start.”

Jean-Karl Vernay said: “This is going to be a very busy season for me as a Hyundai Motorsport Customer Racing driver – but I couldn’t be happier about it. The Hyundai Veloster N ETCR and the car I will drive in FIA WTCR are very different, as are the series themselves, but I don’t think this is a problem. Perhaps it will even help – for example in the short PURE ETCR Battles you will have to be very decisive in your overtaking moves, and hopefully this skill will help me in WTCR as well. Thanks to my role as a development driver for the ETCR project, I already have some experience with the car, but now I am confirmed as part of the race team for the season I can focus fully on the remaining tests to be able to push for the win in Vallelunga.”

Tom Chilton said: “Electric-powered racing is a new challenge for me, but as part of the Hyundai Motorsport line-up for PURE ETCR I think I am in the best place to race for victories. I know the team will have done a great job in developing the car so far. I’ve worked with John before, but this will be my first time sharing a garage with Augusto and Jean-Karl. They’re both very successful in TCR and touring cars in general, so I’m sure they’ll be strong competitors and a good benchmark to compare myself to throughout the season. I’m looking forward to driving the Hyundai Veloster N ETCR for the first time in the next few weeks to feel the performance for myself, and even more to racing it when the first weekend of the season comes.”

John Filippi said: “Even though I raced Hyundai TCR designs last season, a move to PURE ETCR with the Hyundai Veloster N ETCR is still a big change for me. I know it will be a challenge, but it’s something I’m looking forward to. My first priority is to get used to the car in pre-season testing. Everything will be new; new car, new team and an entirely new format for the race weekends. However, as the first season of a new series, everyone is going to be in a very similar situation. As a driver, that’s an exciting position to be in and a great opportunity to show what you can do. I’m sure it will be a very competitive series and that watching the racing should be very exciting. It should be a great season.”

Hyundai Motorsport Team Principal Andrea Adamo said: “The build and development of the Hyundai Veloster N ETCR has been a huge challenge for everyone involved. The project represents so many firsts for the team; first all-electric car, first rear-wheel-drive chassis, first design where the motors are in the centre of the chassis… At every stage there has been something to learn. Racing in PURE ETCR is the natural next step for the project, and in the four drivers we have for the season ahead I believe we have a line-up in which everyone is capable of racing for victory on every weekend. So far we have risen to, and beaten, every challenge that has presented itself in the process of building and developing the car. Competition is just the latest of these. I look forward to the start of the racing season and seeing our four drivers in action.”

Xavier Gavory, PURE ETCR Series Director, said: “This exciting announcement from Hyundai Motorsport adds four of the world’s elite touring car drivers to the line-up for the first season of PURE ETCR. Hyundai were one of the first manufacturers to commit to PURE ETCR and seeing the intensity of their preparations with the Veloster N ETCR leaves us in no doubt that they are aiming to win from the outset. Augusto, JK, Tom and John are four hugely-popular and extremely talented competitors who we all know well from their years in the WTCC or WTCR and with the number of championships they’ve won in their careers, they’ll add an extra bit of spice on-track when Battle commences at Vallelunga in June.”