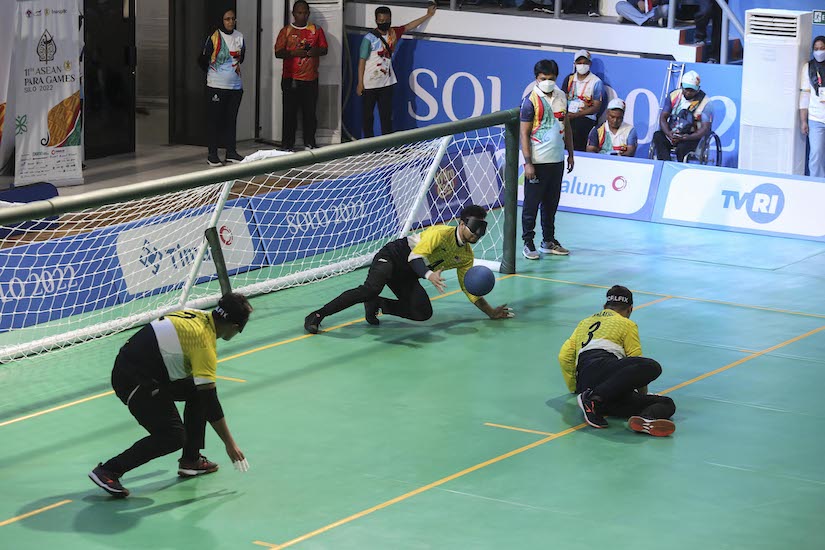 COMPETITIONS at the 11th ASEAN Para Games Solo 2022 officially concluded Friday (August 5) with Indonesia living up to its top billings by taking the overall Games crown for the third time.

The hosts’ achievement of 171 gold, 138 silvers and 110 bronzes surpassed its target of hitting 104 gold with the majority of the haul coming from athletics, which contributed 57 gold, 41 silver and 24 bronze.

The Games wraps up on Saturday night (6 Aug) with the Republic of Indonesia President Joko Widodo scheduled to officially close the Games in what is expected to be a colourful ceremony at Manahan Stadium here.

Closest rival Thailand, still tops in the total overall titles since 2001, had to play second fiddle this time around after coming in second with 133 gold, 113 silver and 86 bronze.

The Indonesian contingent were clearly above the rest, pulling away from their rivals on the very first day of competition and dominating in at least seven sports, namely athletics (57 gold), para-badminton (13), judo (9), chess (13), powerlifting (18), swimming (29) and table tennis (27) which helped to their convincing win.

Meanwhile, Vietnam, the original host of the 11th ASEAN Para Games, ended their campaign in the top three bracket with athletics (13 gold), para chess (13), powerlifting (10) and swimming (23) as the contingent’s major contributor.

Previous hosts Malaysia also surpassed its target with a golden haul of 34 gold, 19 silvers and 14 bronzes with the main haul coming from swimming with 18 gold medals.

Philippines maintained its 2017 position as the fifth-best nation with a 28-31-43 achievement while Myanmar came in sixth (14-12-16) followed by Singapore in the seventh spot with 7 gold, 9 silvers and 11 bronze.

Cambodia, participating with a large contingent in preparation as host of next year’s Games, improved its standings, climbing two rungs up from  10th in 2017 to eighth in Solo with a 6 gold, 9 silver and 11 bronze medals achievement.

Timor Leste has five gold medals to show while Laos and Brunei Darussalam failed to bring home any gold.

Indonesia also notched another record as the first host country to emerge overall champions since the last five editions of the Games. Thailand was the last host to win the overall title on home soil in 2008.

Thailand however maintains its record with the most titles (6) after eleven editions while Indonesia has now won three times in 2014 (Myanmar), 2017 (Kuala Lumpur) and 2022 in Solo. Malaysia won their only title in the inaugural Games in Kuala Lumpur in 2001.  T

he 10th Asean Para Games in Manila in 2020 was cancelled due to the pandemic.