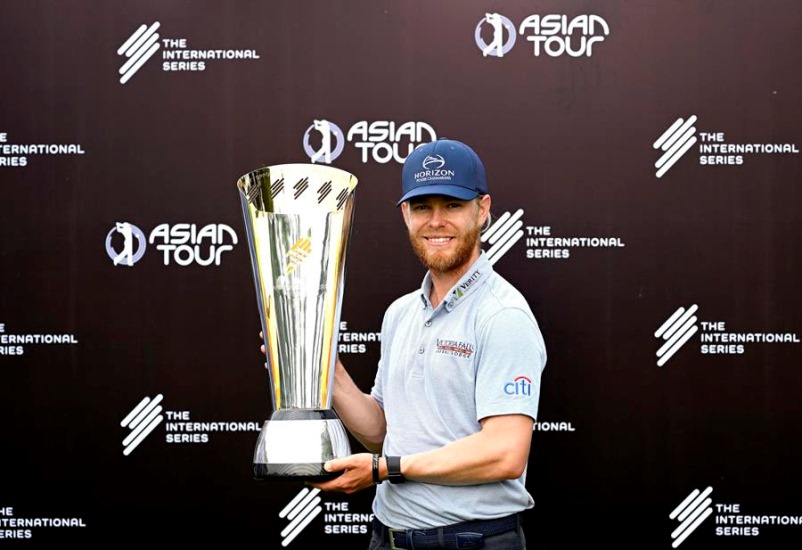 The Asian Tour season came to a thrilling conclusion at the $1.5 million BNI Indonesian Masters presented by TNE in Jakarta, with Scott Vincent crowned International Series Order of Merit winner, a result that gave the Zimbabwean golfer a ‘golden ticket’ to the LIV Golf League next season.

Going into the final event of the tournament, the entire top 10 of the International Series Order of Merit rankings – including International Series winners Sihwan Kim and Andy Ogletree of America, Jazz Janewattananond and Nitithorn Thippong of Thailand and Taehoon OK of Korea – were still in with a shout of securing top spot.

A T-10 finish for Vincent, the International Series England winner earlier this season, was enough to cement his place at the top of the season’s standings, with none of the other players breathing down his neck going into the final event of the season able to find the win that would have vaulted them to the top of the standings. Janewattananond came closest with a 12-under score this weekend, but that was only enough for him to secure a sixth-place finish.

Vincent now has his card for the 14-tournament series, which has recently announced dates in Mexico, Spain, Singapore and Australia for next season, lining up with some of the biggest names in world golf including Major winners Dustin Johnson, Cameron Smith and Brooks Koepka.

Securing his title, a delighted Vincent said: “It feels pretty special to win the International Series Order of Merit this year. It was not something that was on my radar earlier this year. Now that it is a reality, it’s unreal.

“The highlight for me was the International Series in London. Making a putt to win on that last hole was just really cool. Ten footer, left to right, down the hill; making that putt was special.”

On earning his golden ticket to compete in next year’s LIV league, the 30-year-old added: “It’s incredible. Getting a taste of LIV this year, you want to go back. You want to compete against the best in the world. The fact that I get to do that now, it’s really cool, and I look forward to the challenge.”

The International Series was launched earlier this year thanks to a landmark partnership with LIV Golf with the aim of invigorating the game in Asia and the Middle East.

The partnership brought the International Series to Thailand, England, Singapore, South Korea, Morocco, and Egypt, as well as Indonesia, on a hugely successful debut season.

A number of players signed up to LIV Golf, including Patrick Reed, Chase Koepka, Ogletree and Bernd Wiesberger have all played events on the International Series this season.

Cho Minn Thant, CEO & Commissioner of the Asian Tour, added: “The International Series has been a real game changer, not just through access to LIV Golf but also because of the bigger purses on offer, and for the experiences that offer a pathway to growth and development for all the players.

“It has created a genuinely exciting climax to the season, alongside the Asian Tour Order of Merit title, and this excitement will grow as the series evolves going forward. Big congratulations to Scott Vincent, it will be a pleasure to see the International Series Order of Merit winner defend his title in our flagship events next season.”