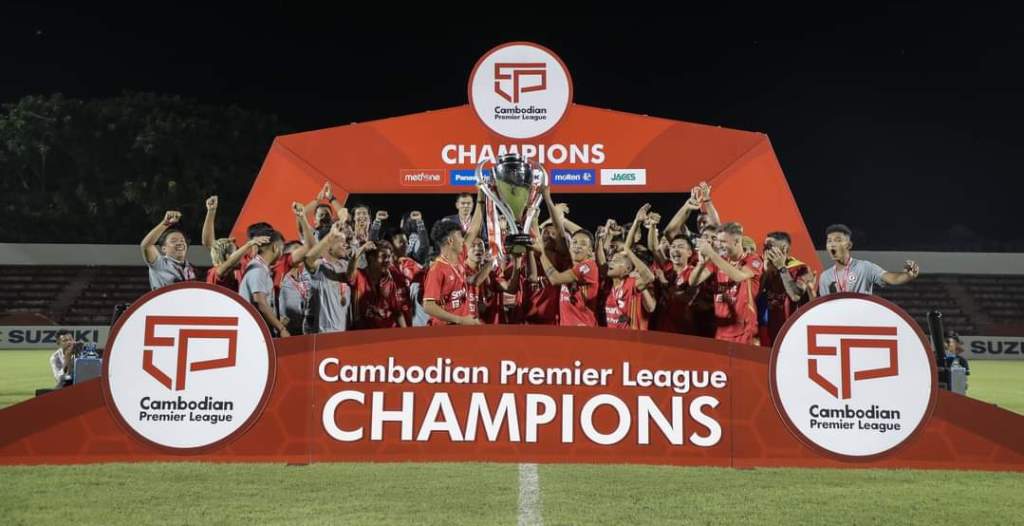 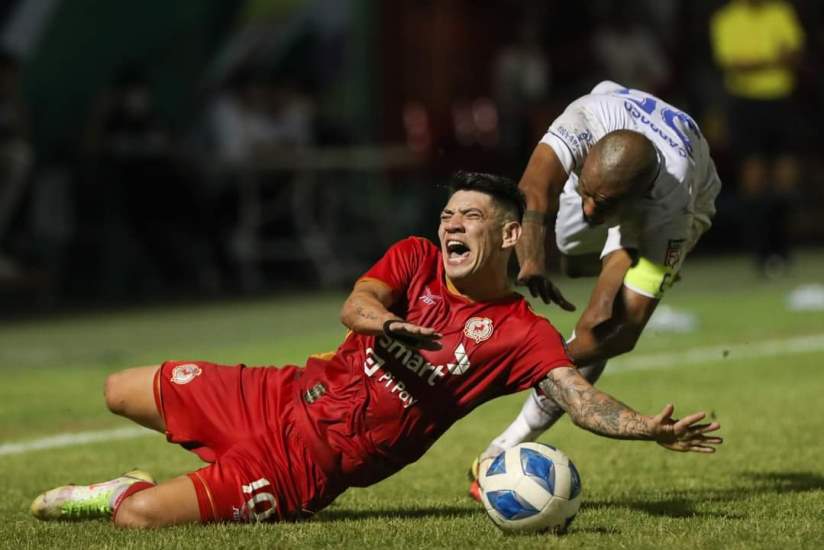 A late surge saw the defending champions winning four games on a trot as they confirmed the title this year on a better goal difference against second-placed Visakha FC.

Both teams were tied on the same 52 points from the same 27 matches placed.

Up against Boeung Ket at home, Crown were in an uncompromising mood as Yudai Ogawa started things off with the lead in the 16th minute as Fareed Sadat then scored the first of his two goals two minutes later.

Lim Pisoth found the sweet finish in the 32nd minute to put Crown 3-0 in front at the break.

Fareed’s second goal and Crown’s fourth in the 67th minute put the home team well on the way as Valerii Hryshyn then added the finishing touch right at the end.

In the meantime at the Svay Rieng Stadium, Visakha’s slim 1-0 away win over Preah Khan Reach Svay Rieng fell a little short as they had to settle for the runners-up spot.

The only goal of the game came off Paulo Victor right at the death. 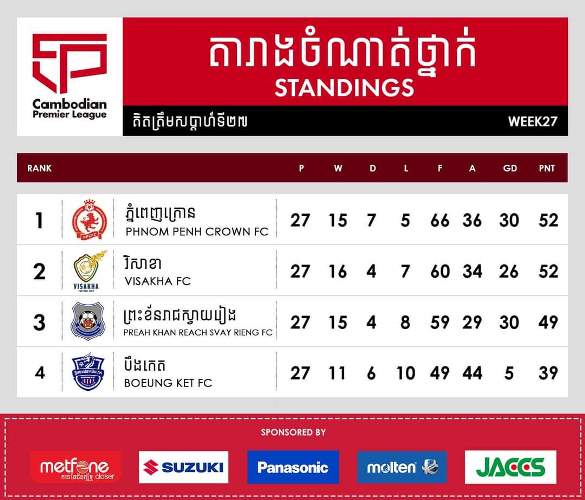