Sports247
Home 2018 Iran, Austria, Germany and Australia through to semi-finals 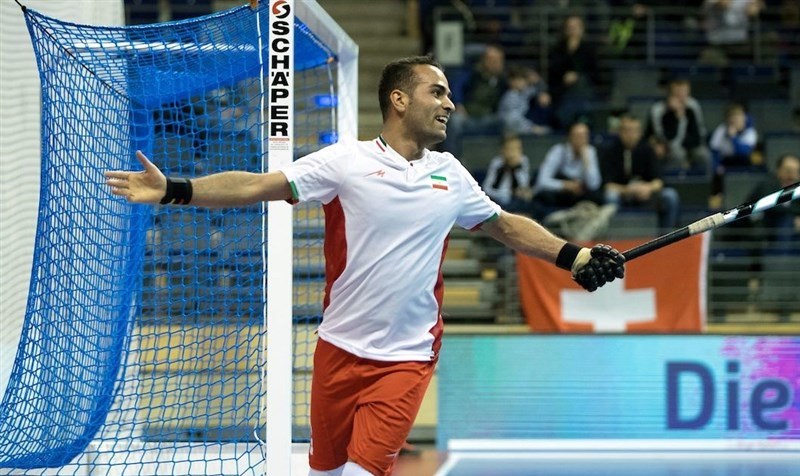 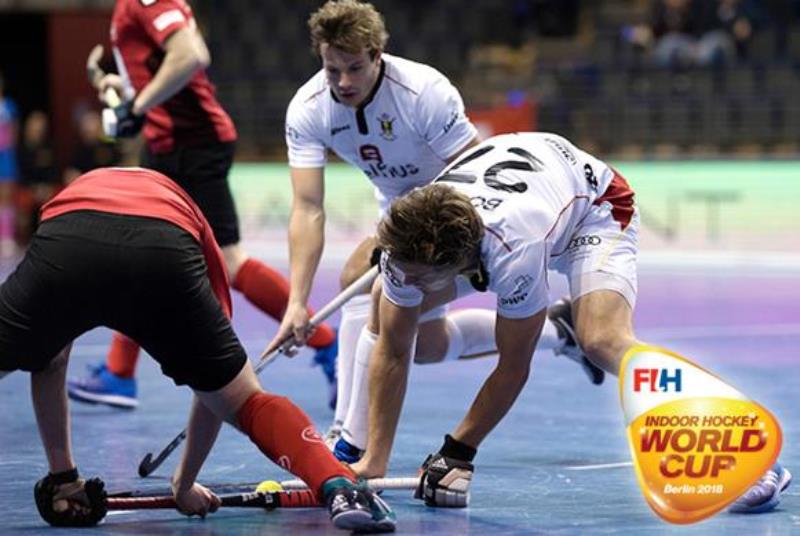 The quarter-finals offered up four matches that showcased this exhilarating game in all its various styles of play. Flamboyant and speedy; disciplined and defensive; dynamic and courageous; it was all there for the spectators at the Max-Schmeling-Halle to savour.

At the end of the day’s action, the final four to contest the 5th Men’s Indoor World Cup are: Iran, Austria, Germany and Australia. The beauty of this competition is its global nature with three continents represented in the semi-finals, which take place on Saturday 10th February.

It took a shoot-out to separate Iran (WR:7) and Czech Republic (WR:6) as the two teams tested each other for 40 non-stop minutes of hockey action. That it all came down to a gladiatorial one-on-one shoot-out just added to the drama in the Max-Schmeling-Halle.

The winning shoot-out attempt was scored by Iran’s Abbas Ardoei, as first Lukas Plochy and then Martin Seeman were unable to score for Czech Republic.

During the match itself, the action had flowed from end-to-end, with heroics from both teams.

The first goal came from a Czech Republic penalty corner. Captain Martin Hanus was on hand to slip the ball home after the first shot rebounded from the ‘keeper’s pads. This was followed seconds later by a goal from Tomas Jahoda, after a deceptive cross from David Vacek left him in the centre of the circle with just an empty net in which to score.

With just a minute before the break, Iran reduced the deficit when a swift interchange of passes led to a penalty corner. Reza Norouzzadeh made no mistake as he fired home past Pavel Hraba in the Czech goal.

In the second half, Iran continued to push and Navid Taherirad found himself with three clear-cut scoring opportunities within seconds of each other. Hraba and his defence breathed a collective sigh of relief as the tall striker’s fierce shots flew just wide. It was almost inevitable that the pressure would lead to a goal and it was the blistering penalty corner from the stick of Norouzzadeh which produced the equaliser.

As the clock counted down, the pace, if anything, increased. Neither side however, could find the breakthrough and it took shoot-out to produce the winner.

Where the opening quarter-final was fast and furious, this encounter between Austria (WR:2) and Poland (WR:5) was a cagey game of cat and mouse. As Austria’s captain and scorer of the winning goal Michael Korper, said: “Defence was the most important part of our game. If we get that right, then we knew we could build from there.”

The second half started in much the same style. Both teams worked hard to keep possession but attacking opportunities were few. This changed in the 24th minute when Sebastian Eitenberger pounced on a loose ball and slotted it into the goal to give the higher ranked team the lead.

Poland were dragged back into the game through the sheer determination of Krystian Makowski. The burly forward won a penalty corner and then fired home through the legs of Mateus Szmczyk in the Austrian goal.

The killing blow came from Korper. Having missed a number of penalty corners, Korper was in the mood to score and after robbing the Polish defence of possession, Korper took the ball wide into the circle and then shot past the ‘keeper with unerring accuracy.

“I hadn’t scored today [in the earlier match],” said Korper. “So I desperately wanted to score this time. I had come close in the first half but that one felt good.”

There was a hint of nervous tension among the German (WR:1) team as they took to the field for their quarter-final encounter with Switzerland (WR:8). It might have been the vociferous crowd or the fact that they were missing the services of the excellent Mats Grmabusch, who was reported as suffering an ankle injury, but the first few minutes saw German players making errors and Switzerland very much on the front foot.

Switzerland were the first to press the opposition’s ‘keeper but after eight minutes of uncharacteristically harried play, the German goal machine started to roll. Marco Miltkau found the net to put his side ahead after good attacking play by Dan Nguyen created space and wrong footed Lars Kleikemper in the Swiss goal.

The second German goal came from the slickest of passing moves. The ball was swept from one end of the pitch to the other and Martin Haner was on hand to deflect it past Kleikemper into the corner of the goal.

Switzerland started the stronger in the second half, with Florian Feller coming close to scoring. His shot eluded the outstretched foot of Tobias Walter but scraped past the post to safety. Having negotiated the spell of pressure, Germany began to wear down the Swiss with some probing passes that were eventually rewarded with a penalty corner. Christopher Ruhr needed no second invitation and the ball flew into the roof to give his side a 3-0 cushion.

The last action of the game saw Ruhr nearly double his tally as he made a tremendous run the length of the pitch before his vicious shot struck the post and bounced to safety.

Speaking after the game Fabian Pehlke praised both his own team and the opposition. “The Swiss made us work very hard and we had to be patient. But it was great to play in front of such a crowd. The enclosed space of an indoor arena such as this makes for a very special atmosphere.”

This match, between the two lowest ranked teams among the eight quarter-finalists, was always going to be a cracker. In the early phase however, it looked to be one-way traffic as Australia (WR:14) rushed to a 2-0 lead as, firstly Jack Hayes and then Jake Sherren, found a way past Jeremy Gucassoff in the Belgium goal.

Australia have impressed throughout this competition with their route one style of attacking play but an equal willingness to get back and defend with energy. It was a style that Belgium (WR:16) found hard to contend with in the opening minutes of play.

When the Red Lions did break into the Australia circle they found Benjamin Rennie alert and agile as he palmed away aerial attempts from Cedric Charlier and Gaetan Dykmans.

Belgium knew they would need something special to get back into the game and that came from the stick of Tom De Groote. His penalty corner drag flick rocketed into the top of the Australia goal and a new sense of energy began to take hold of the Belgium team.

With 11 minutes left on the clock, this fascinating encounter changed direction again as Jack Hayes scored his second goal and Australia’s third. Hayes found himself with just the keeper to beat, which he duly did.

There were more twists in the story yet. With three minutes to play, Belgium came back and made it 3-2 as Tanguy Zimmer added his name to the score-sheet.

Throwing everything into the victory, Belgium removed their ‘keeper. Australia got a break and somehow James Knee managed to dive and, with his body fully horizontal, he got a stick on the end of a pass to deflect it into the Belgium empty goal. Game over and Australia through to the semi-finals.

To see the complete match schedule, click here.
All official information for the event will be available on FIH.CH, with extended coverage coming via the social media channels listed at the bottom of this email.
5th Indoor Hockey World Cup 2018