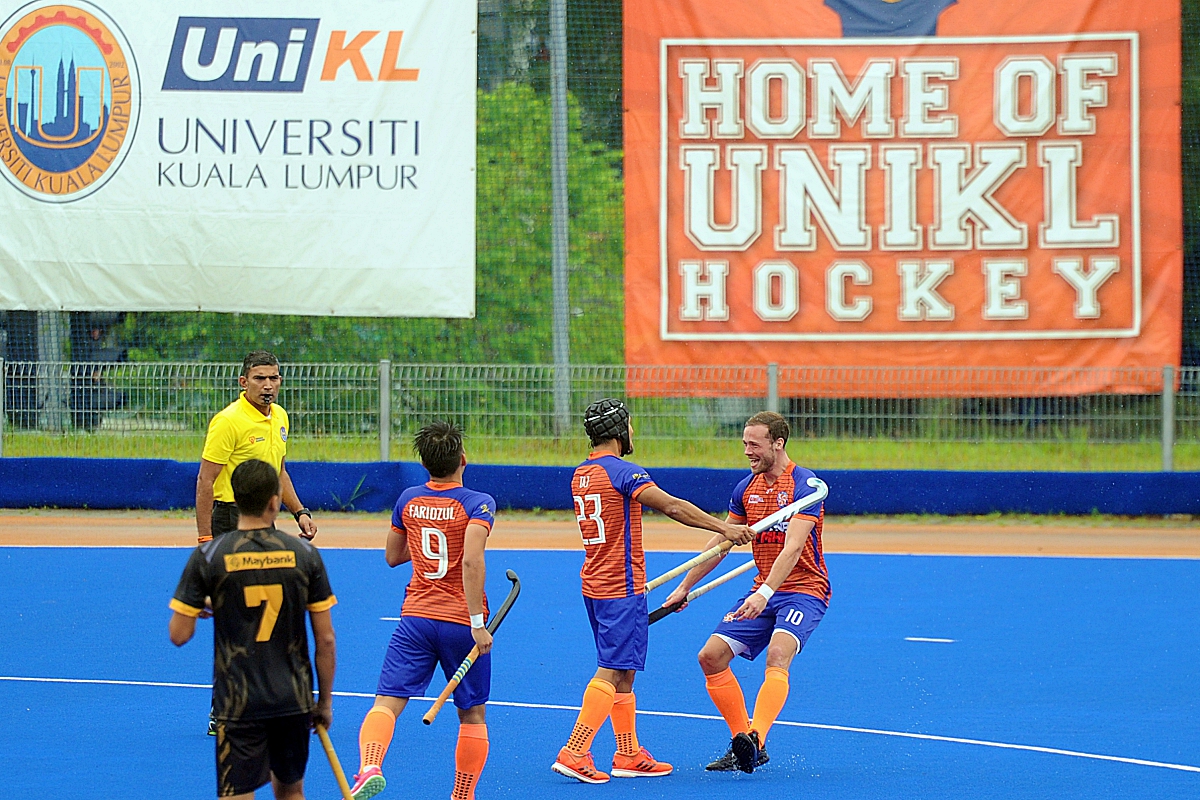 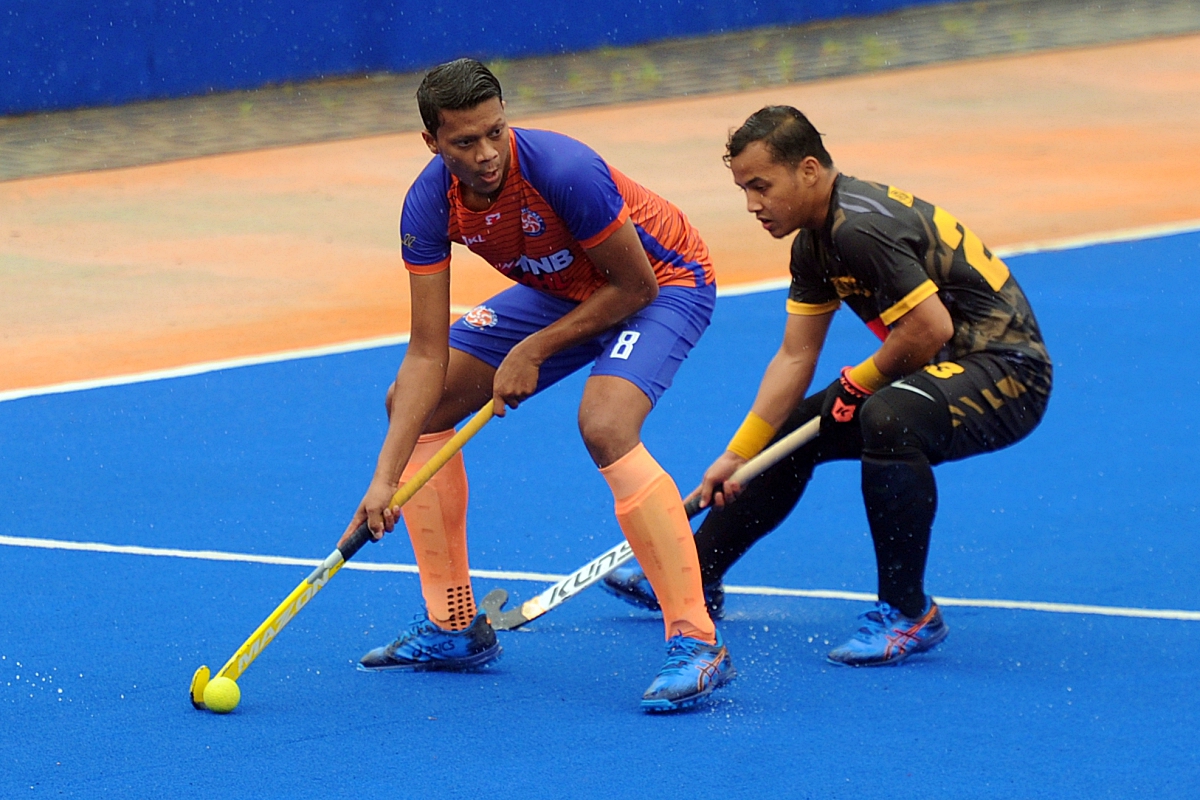 UniKL returned to the top of the table standings with 18 points from six matches – leaving Tenaga Nasional Berhad in second spot on 16 points following a 1-1 draw against Universiti Teknologi MARA (UiTM) at the National Hockey Stadium.

Maybank made a head start by earning two penalty corners in the early session of the first quarter at the Tengku Abdullah Hockey Stadium in Bangi – home of UniKL, but could not ruffle feathers of the reigning Premier League champions.

Irishman David Harte stood tall to thwart the attempts. As the tempo of the match progressed into full swing, UniKL turned the tide around with two goals within a space of two minutes.

Tengku Ahmad Tajuddin, wearing a head gear, put his side ahead in the 12th minute with a powerful shot past goalkeeper Muhammad Zaimi Mat Deris.

UniKL did not waste any time and added the second goal in the 14th minute by Faridzul Afiq Mohd.

But that did not stop the Tigers from launching the match on a high note and earned a third penalty corner but UniKL took control of the situation and grabbed a 2-0 lead going into the interval.

However, in the 37th minute, UniKL had a defensive scare and Maybank’s national player Meor Muhamad Azuan Hasan found the ball in a goalmouth scramble that ensued and managed to push the ball into goal.UniKL 2 Maybank 1.

UniKL, however, increased the lead in the 47th minute when they were awarded a penalty stroke and drag-flick specialist Muhamad Razie Abdul Rahim packed a low push to the right of Zaimi.

The defending league champions had the match well in hand but it was not without another jolt from Maybank who closed the gap at 3-2 with a penalty corner conversion by Muhamad Nur Asyraf Ishak in the 57th minute.

Dutchman Roel Bovendeert once again rose to the occasion to nail the opposition with a field goal in the last minute of the match as UniKL celebrated a 4-2 win.

By now the road was rather steep for Maybank but they can still hold their heads high for a commendable performance while UniKL continued their unbeaten run in six matches.

At the National Hockey Stadium in Bukit Jalil, Universiti Teknologi MARA (UiTM) threw the spanner into Tenaga Nasional Berhad’s hopes with a 1-1 draw.

UniKL’s will go head on against TNB on Friday before travelling to Kuala Terengganu for Sunday’s high profile encounter against Terengganu Hockey Team.