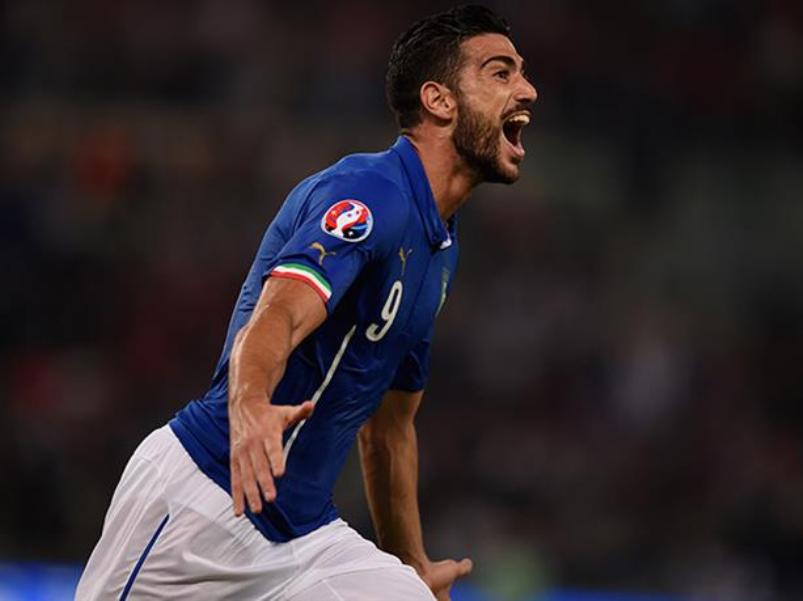 Pelle, 31, scored 30 goals in 81 appearances for Southampton following his arrival from Feyenoord in 2014 and was an integral part of the Italy team that reached the Euro 2016 quarter-finals in France.

But Pelle’s reported 15m euros (£12.7 million, $16.6 million) move to Shandong Luneng could dent his Italy future — if he follows in the footsteps of former Juventus maestro Andrea Pirlo and ex-Bologna star Alessandro Diamanti.

Ventura, officially unveiled as Chelsea manager Antonio Conte’s successor on Tuesday, said the circumstances surrounding Pelle and those players “could not be compared”.

But he added: “A player has to be strong, psychologically and mentally”, to feature for Italy while playing outside of Europe.

“Diamanti, despite being a quality player, lost it (Italy place) when he went to China.”

Pelle scored twice for Italy in France last month but was one of several players to miss the target in an error-strewn 18-shot penalty shoot-out that Germany won 6-5 to advance to the semi-finals.

Ventura said the striker, at least on paper, remains part of his plans but admitted the long-haul travel could complicate matters.

“I have to consider all the 23 players who were at the Euros because of what they achieved. Plus, there will be many others because we’re moving forward,” he explained.

“As for Pelle, apart from his missed penalty, he had a positive campaign. But China is far away. Let’s see why he he moved.”

Balotelli, meanwhile, will have to reignite his troubled club future if he is to have any chance of remaining an Italy international.

Having spent a mediocre last season on loan at AC Milan, Balotelli was told recently by Liverpool coach Jurgen Klopp to find a new club.

Ventura said the door would remain open but that the troubled star was “at a crossroads” in his career.

“For me he’s exactly the same as all other players when, a) he plays, and b) he is professional,” added Ventura when asked about Balotelli.

“In terms of his character, he could do much better. The fact he’s not playing at Milan, that Liverpool have abandoned him, means that he is at a crossroads.

“The few times that Balotelli has really wanted to be a footballer, he has shown his quality. I have no prejudice, but his football must do the talking.”

A respected tactician, Ventura comes to the post after a five-year spell with Torino.

Tasked with qualifying Italy for the 2018 World Cup in Russia, he now hopes to convince rock-solid Juventus defender Andrea Barzagli to extend his international career.

The 68-year-old coach also intends to build on Conte’s two-year spell in charge by steering the new generation through the ranks.

“I haven’t spoken to Barzagli yet but if I want to take up where Conte has left off it’s obvious that he would be a crucial player for us,” added Ventura, whose first game in charge is a friendly against beaten Euro 2016 finalists France in Bari on September 1.

“We have a lot of up and coming players and I want to bring them through. But we have to be patient and give them time to come through gradually.” – Agence France-Presse