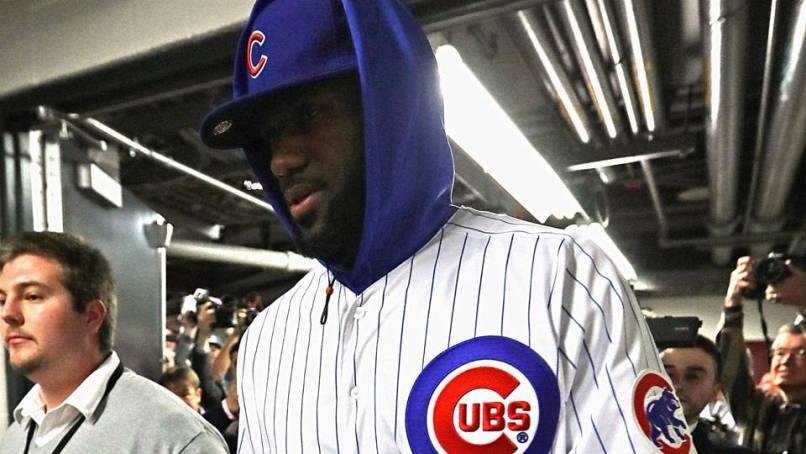 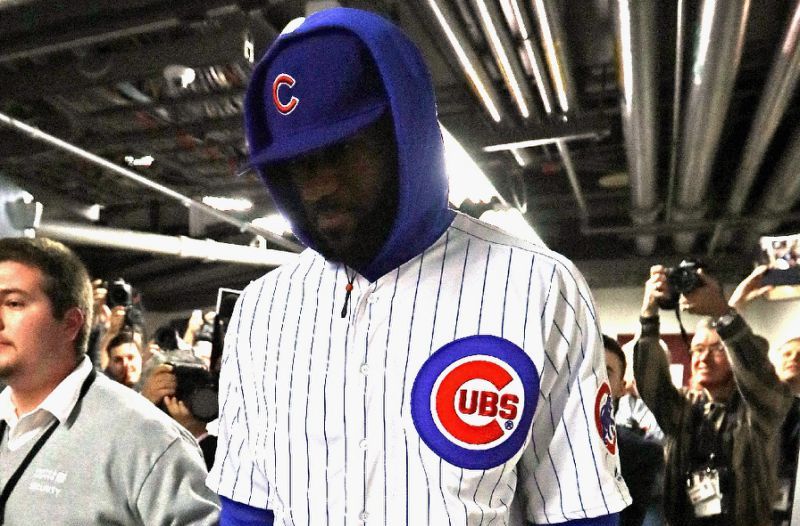 In a bet with friend and former teammate Dwyane Wade, now with the Bulls, James agreed that he would turn out in the Cubs kit if the Chicago team beat the Cleveland Indians in baseball’s championship showcase this year.

The Cubs did indeed end their epic title drought, battling back from a 3-1 series deficit to do so.

James’s arrival at the Bulls’ United Center for the Cavs’ first game in Chicago since then drew an even larger crowd than usual.

Wade escorted him through the halls, tweaking him a little.

“You aren’t going to smile for my Snapchat,” Wade said, his cell phone aimed at James.

“Why are you following me — you already won the bet,” James said.

But before they headed to their separate locker rooms, Wade couldn’t resist a little more friendly teasing.

“Doesn’t he look good everybody?” Wade said. “Look at him — he looks great.”