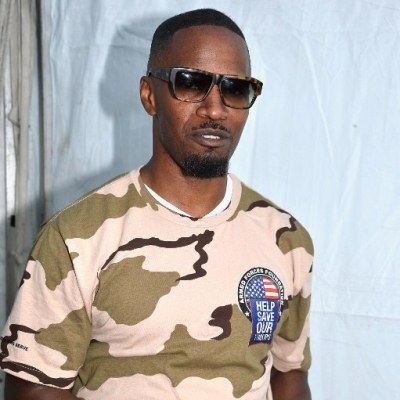 An immensely versatile entertainer, as actor, comedian, singer, musician and TV and radio host, Foxx’s performances are enjoyed around the world.

He will play to a star-studded audience of celebrities from sport, entertainment and fashion at the Laureus Awards Ceremony on March 26.

He is also a Grammy Award winning musician, releasing three albums which have charted highly on the Billboard 200: Unpredictable, which topped the chart, Best Night of My Life, and Intuition. He also starred in his own television production The Jamie Foxx Show.

In 2012, he played the title role in the film Django Unchained and is due to star as the villain Electro in The Amazing Spider-Man 2.

The 15th Laureus World Sports Awards, which recognise sporting achievement during the calendar year 2013, is the premier honours event on the international sporting calendar.

The winners, as voted by the Laureus World Sports Academy, the ultimate sports jury, made up of 46 of the greatest sportsmen and sportswomen of all time, will be unveiled at a globally televised Awards Ceremony staged at Istana Budaya in Kuala Lumpur.

Proceeds from the Laureus World Sports Awards directly benefit and underpin the work of the Laureus Sport for Good Foundation, which supports more than 140 community sports projects in 34 countries. Since its inception, Laureus has raised over €60 million for projects which have improved the lives of millions of young people.

More information about other guest attendees and the schedule of activities will be announced in due course. Among the sporting greats who have previously been named as winners of Laureus Awards over the last 15 years have been Usain Bolt, Sebastian Coe, Novak Djokovic, Roger Federer, Alex Ferguson, Lewis Hamilton, Kelly Holmes, Rafael Nadal, Pelé, Steve Redgrave, Ronaldo, Michael Schumacher, Kelly Slater, Shaun White, Serena Williams and Zinedine Zidane.