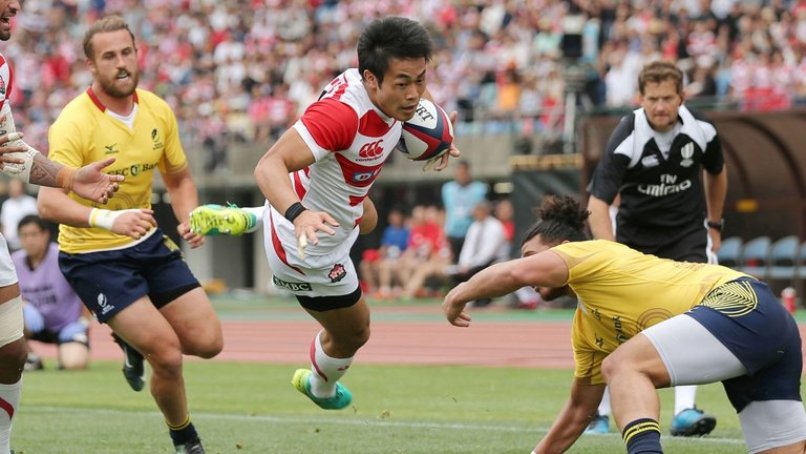 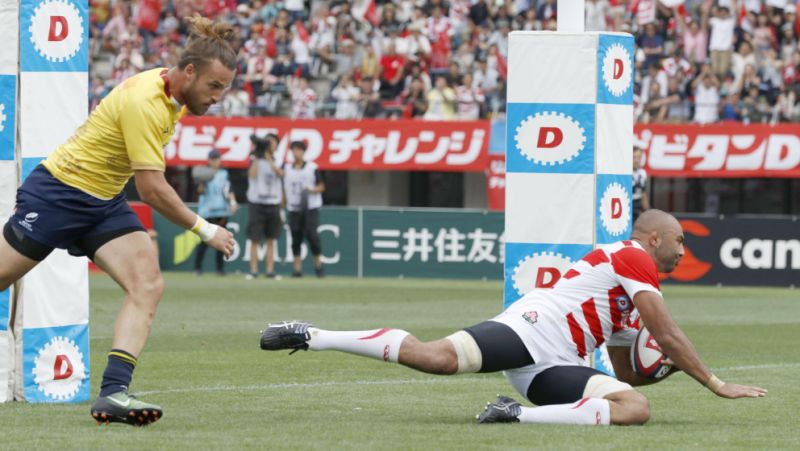 Japan ground out a 33-21 victory over Romania on Saturday in the first of three home Tests against opponents they are set to face at the next World Cup.

The Brave Blossoms, who will host rugby’s showcase tournament in 2019, overcame a sluggish start in Kumamoto before tries from Akihito Yamada, Kenki Fukuoka and Michael Leitch provided the spark.

Flyhalf Jumpei Ogura booted 18 points in seven-for-seven kicking for Japan, who have two games against Ireland in the next two weeks.

“It was clear that when we get our game going we look good,” Japan head coach Jamie Joseph told local media.

“But when we were put under pressure we didn’t execute our roles as well as in the first half,” added the former All Black.

“When you drop your guard at this level, teams come back and hit you.”

After giving up two early penalties to Florin Vlaicu, Yamada produced the game’s highlight play, latching onto a clever nudge-through from Tim Lafaele to race clear.

Fukuoka lunged over for Japan’s second try before Ogura converted to give the hosts a 23-9 lead at the break.

Leitch, who captained Japan to three wins at the 2015 World Cup, burst through to score on his return at the start of the second half, the flanker’s effort leaving the Romanians with a mountain to climb.

Mihai Macovei and Tongan-born Fonovai Tangimana reduced the deficit with bulldozing tries, but a comeback never looked on the cards in sapping conditions in southern Japan.

“It was nice to get a result,” said Japan captain Shota Horie. “Romania are a very physical team and they came at us but we were able to adjust and stay on the front foot.

“We still need to improve our scrum and lineouts, as well as the physical side, and that’s what we will continue to do before 2019,” he added.

Asian champions Japan tackle Ireland, Scotland and the third European team to qualify for Pool A — likely to be Romania — when they host the World Cup, the first to be held in Asia.

“They like to throw the ball around and we tried as hard as we could to stop it. We’ve got a lot to work on in the future.”

Japan shed their erstwhile tag as World Cup whipping boys in 2015, where they recorded a hat-trick of wins under current England boss Eddie Jones, including a stunning 34-32 win over two-time champions South Africa. – Agence France-Presse