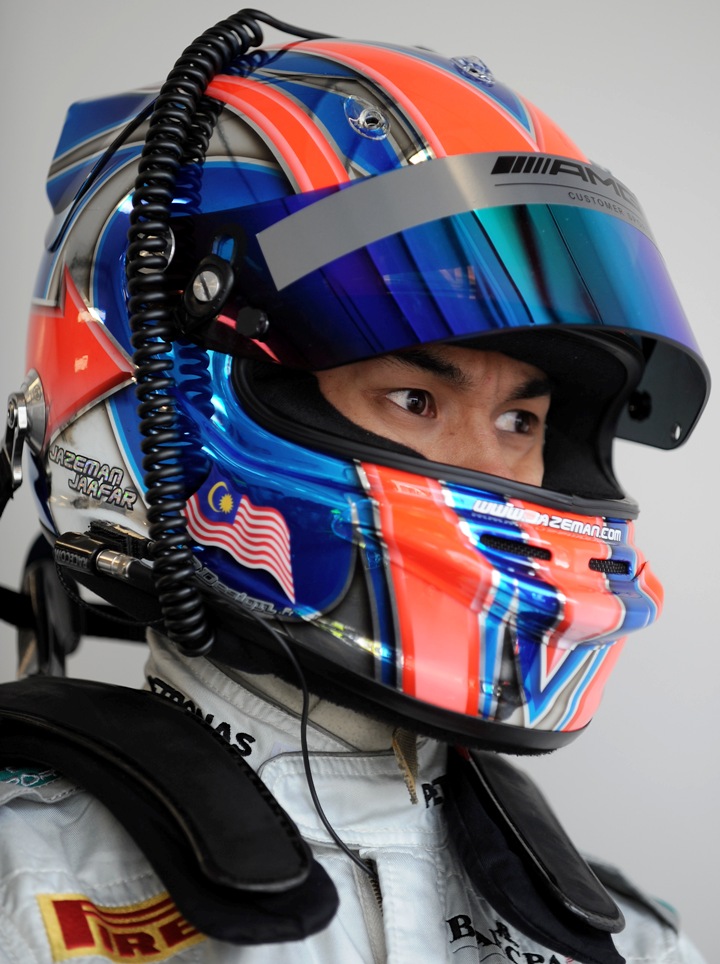 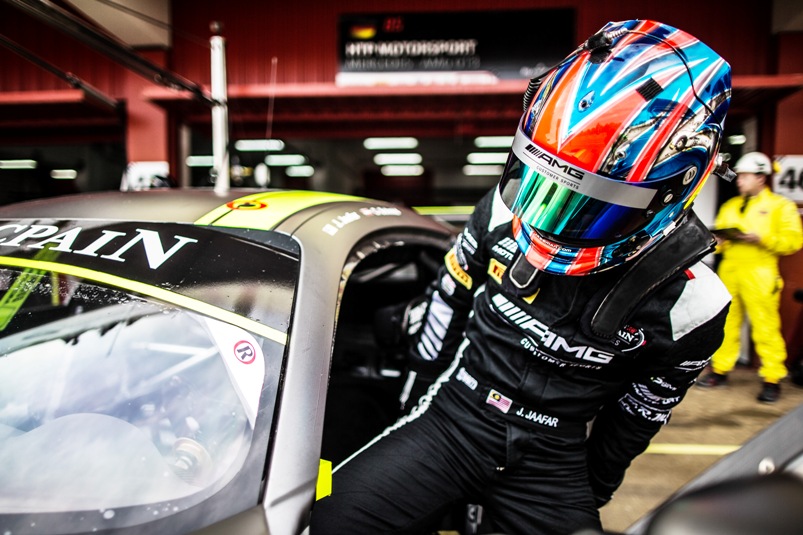 Leading Malaysian international racing driver, Jazeman Jaafar, has been signed to the McLaren GT Driver Academy and will race in the prestigious Blancpain Endurance Series this year. Jazeman will drive one of the four Strakka Racing McLaren 650S GT3 cars, alongside fellow Driver Academy and Factory Drivers of this iconic British car manufacturer.
Jazeman is entering his second full season of sportscar racing, after a successful first year when he finished Runner UP in the Blancpain Endurance Series driving with HTP Motorsport.  Jazeman’s return to the challenging premier sportscar series with Strakka Racing and McLaren GT starts today at the Official Test for the Series being held at Paul Ricard circuit in southern France.
The two day Blancpain GT Series test will be Jazeman’s second outing in the McLaren 650S GT3, with the 24 year old Malaysian having first sampled the model late last year in a test session at Valencia.
Jazeman says of joining the McLaren GT stable, “I’m very proud to have inked this deal with McLaren GT and have a place in the Driver Academy. It has been an ambition to be part of a Factory programme and joining McLaren GT is a real privilege for me. This truly British car manufacturer produces the most beautifully engineered supercars and to be driving the racing version is going to be a fantastic opportunity.”
He adds, “I’ve already had the chance to drive the 650S and it was certainly impressive, so I’m keen to be back out on track and put more laps in before the start of the season. I’m also looking forward to working with the highly respected, professional Strakka Racing team. The Blancpain Series is very competitive, probably the most competitive sportscar series in the world, with all the top names in sportscars represented on the grid, so it’ll be a very exciting year ahead.”
The Blancpain Endurance Series features five Formula 1 rated circuits, starting in Monza, Italy, then moving to the UK for a round at the home of British motorsport, Silverstone.  The next round is at Paul Ricard circuit in France, before the teams head to Spa in Belgium for the ultimate endurance test, the 24 Hours race.
The series concludes with the final round at Catalunya Circuit in Barcelona, Spain. The championship features three three hour races, one six hour race and one 24 Hour race. Each event includes two practice sessions, three qualifying sessions (one per driver) plus the main race, with three drivers per car.