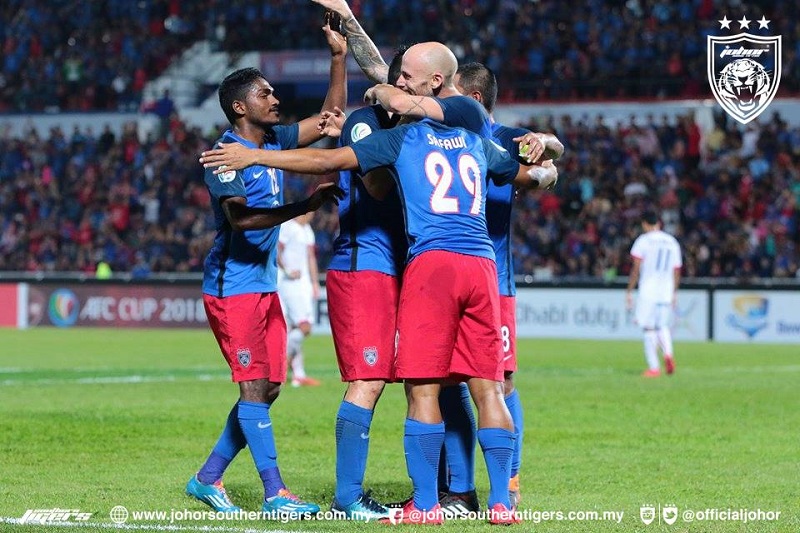 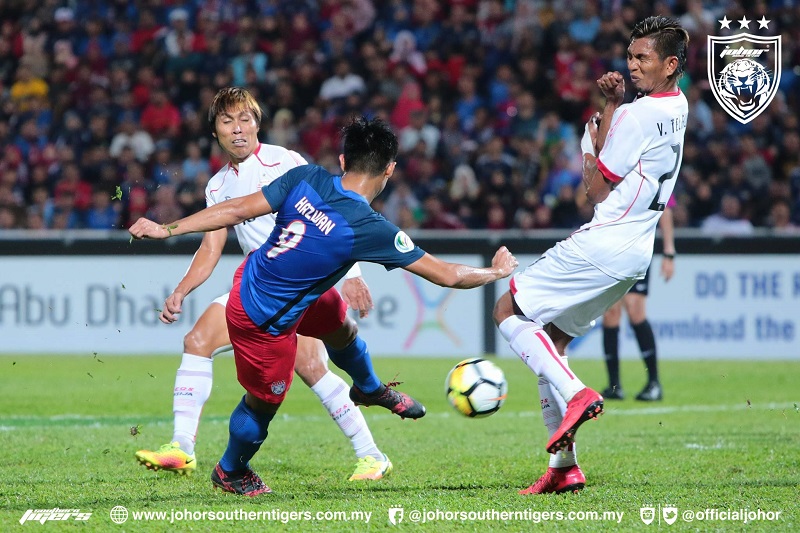 Johor Darul Takzim (JDT) put their Super League defeat to Kuala Lumpur aside to kick-start their AFC Cup campaign to a roaring start with a 3-0 win over Indonesia’s Persija Jakarta in a Group H match at the Larkin Stadium in Johor Bahru on Wednesday.
The convincing win by the Southern Tigers was watched by a crowd of nearly 19,000 as the four-time Malaysian Super League champions gave strong signals that they are out to repeat their 2015 success when they beat FC Istiklol of Tajikistan in the final in Dushanbe and become the fist Malaysia team to win the Asian title.
After taking two close looks at the Persija goal in the first six minutes the homesters broke the deadlock in the 29th minute.
Ahmad Hazwan Bakri opened the floodlights with a right footed shot from close range – a three-man move which began Jorge Pereyra Diaz setting up Azrif Nashrulhaq who crossed for Hazwan to put the finishing touches from close range. 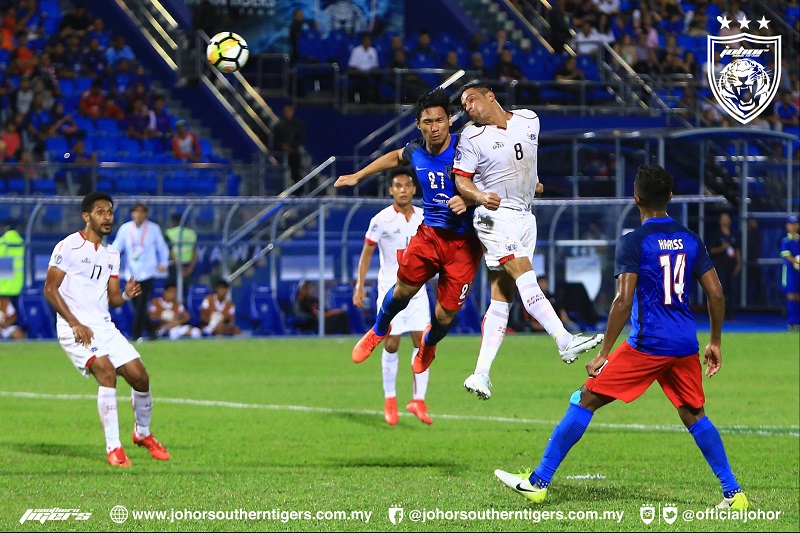 It was 2-0 for JDT at halftime – this time Argentine Diaz fired a right footed shot from an acute angle with a long range attempt from a through ball by Afiq Fazail.
Persija goalkeeper Andritany Ardhiyasa, despite letting in two goals, had a good game overall to keep the visitors in the picture. Persija also had a goal disallowed for offside.
It was JDT who stretched their lead to 3-0 and this came in the 76th minute. It was left to international Safawi Rasid to get into the scoresheet – hitting the back of the Persija net with a left footer to the right corner.
JDT’s next match is against Vietnam’s Song Lam Nghe An in two weeks time. This match will be played away. BY RIZAL ABDULLAH
RESULT
AFC CUP
GROUP H
JDT (Mas)   3   Persija Jakarta (INA)    0