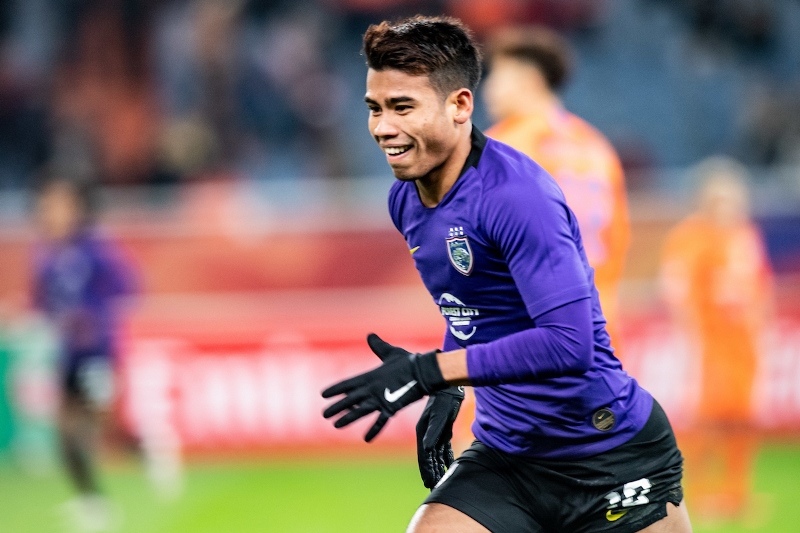 Terengganu-born Safawi Rasid – a gifted left-footer – did Malaysia and his club Johor Darul Takzim (JDT) proud when he came on tops as the ”Best Curler” in the AFC Champions League.

The 23-year-old achieved the feat against Shandong Luneng at the Jinan Olympic Sports Centre Stadium in a Group E match played on April 9 last year.
Safawi shrugged off his marker Wu Xinghan and took a couple of strides before curling a left-footed shot into the top right corner – and a memorable sweet strike in his maiden campaign at the
The hottest Malaysian football property at the moment garnered 50 percent of the votes which were done online – leaving Mame Thiam of Esteghlal in second place with 48 percent. The rest of the nominees were Nam Tae-hee (Lekhwiya), Oscar (Shanghai SIPG), Serginho (Kashima Antlers) could only get one percent.
”It is the fasting month (Ramadan) and my rezeki (good fortune),”  said Safawi the prized possession of six-time Malaysian Super League champions JDT’s and a vital cog in Tan Cheng Hoe’s national team Harimau Malaya.