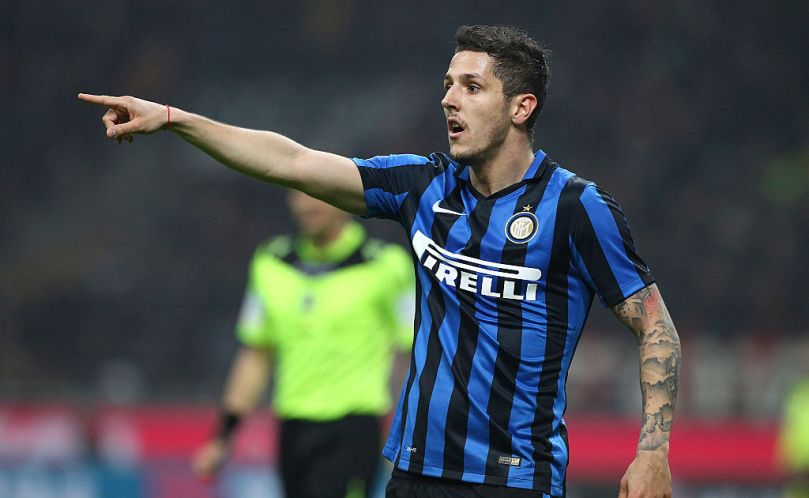 Pioli has managed to steady the ship since replacing Dutchman Frank De Boer last month but Inter head into Wednesday’s home game against high-flying Lazio with a 15-point deficit to leaders Juventus.

Amid increasing speculation that Montenegrin forward Jovetic and Brazilian flop Gabigol are on their way out, Pioli admitted Inter will be looking to shed forwards after the Christmas break.

“To have fewer players, especially among the forwards,” Pioli told La Gazzetta dello Sport on Tuesday when asked his expectations for January.

Former Manchester City forward Jovetic has played only 67 minutes all season, prompting his agent to accuse Pioli of allowing key players in the squad to “pick the team”.

Pioli admitted the 27-year-old, whose career at City was effectively ended by the club’s decision to sign Wilfried Bony, is unlikely to play any time soon.

“During a face to face (meeting) he was pretty unhappy at some of the choices that have been made,” said Pioli.

“I pick players who are ready, in every sense of the word.”

Gabigol was hailed as a future star of the team when signed in a 30 million euros ($31 million) deal from FC Santos in August.

But the Brazilian last week asked to be sold in January after making only two substitute appearances so far.

Pioli suggested the forward has so far flattered to deceive: “He’s working hard, just like all the others. But he has to show me that he’s better than the players he’s in competition with.

“He’s not been excluded. I play the players who help me win.”

After a “transitional” January transfer period, Pioli said Suning will make major signings next summer as they look to lift the club, treble winners in 2010, back to the heights at home and in Europe.

“The January transfer market will be one of transition. I don’t think we’ll make many changes,” he said.

“But we’ll be looking to make some top level changes next summer. The fans can rest assured, Suning really wants to make Inter one of the world’s top sides again. I can feel a real passion around me.”

After several disastrous campaigns Inter started the season with several new faces and confident of fighting for a third place finish that offers the chance to qualify for the Champions League via a playoff round.

Despite a seven-point gap to third-placed Napoli and Lazio, Pioli says the Nerazzurri remain on course.

“Of course, we’re Inter Milan,” he said. “Plus, I think we still have massive room for improvement. I’m curious to see how good we can become.” – Agence France-Presse