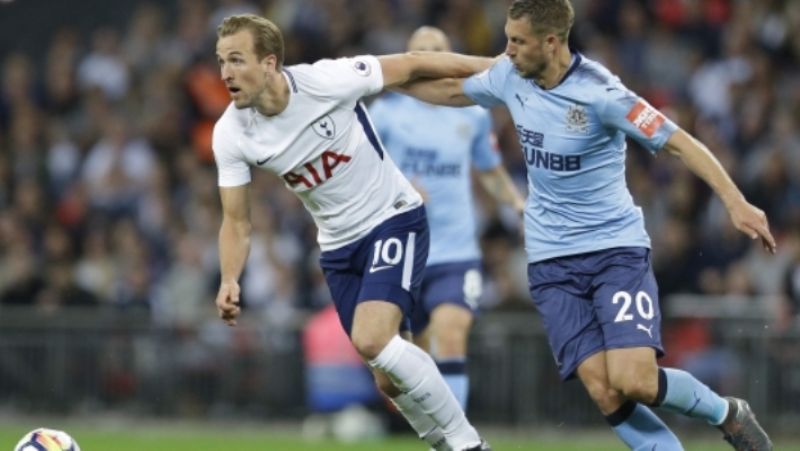 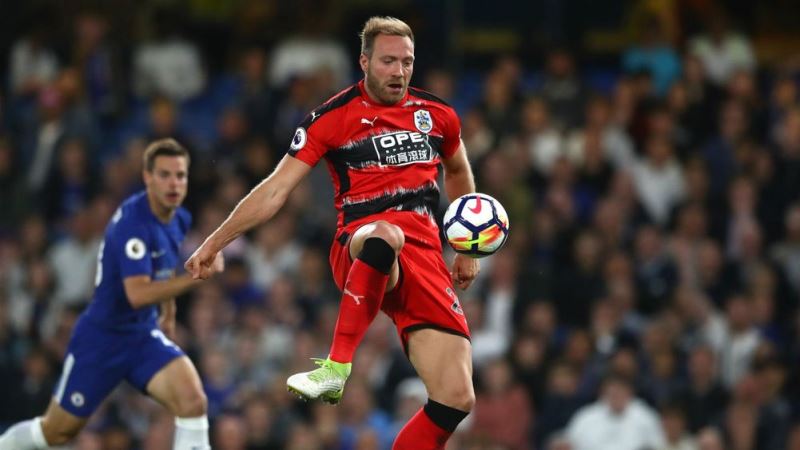 Harry Kane fired Tottenham Hotspur into next season’s Champions League as Chelsea faltered in a 1-1 draw at home to Huddersfield on Wednesday that secured survival for the Terriers.

A point for Huddersfield also ensures Swansea will join West Brom and Stoke in being relegated to the Championship barring a 10-goal swing in goal difference between the Welsh side and Southampton on the final day of the season on Sunday.

At the other end of the table, only defeat for Champions League finalists Liverpool at home to Brighton at the weekend will give Chelsea any chance of a top-four finish as their late season charge came undone at Stamford Bridge.

Spurs capitalised on Chelsea’s slip-up to ensure they will have Champions League football for a third consecutive campaign when they move into a new 62,000 capacity stadium next season.

“For the club (it) is a massive thing to move to the new stadium and play Champions League,” said Tottenham boss Mauricio Pochettino.

Tottenham had won just one of their previous five matches and were again far from their best in a nervy display.

But Kane proved to be their talisman once more as his 39th goal of the season just after half-time was enough to move Spurs above Liverpool into third.

A surprisingly much-changed Chelsea side from the one that beat Liverpool four days ago fell behind when Laurent Depoitre forced the ball home five minutes into the second-half.

Recognising the error of his team selection, Antonio Conte threw on Olivier Giroud and Eden Hazard from the bench, and was quickly rewarded when Marcos Alonso levelled just after the hour mark.

“We had so many chances and you must be good to take them. It is not the first time that we are not clinical,” lamented Conte, who ducked questions over his future.

However, Huddersfield held on desperately in the final half hour to secure the vital point that guaranteed survival on their return to the top flight for the first time in 45 years.

“I was shocked that we had the lead! People said we had no chance, I will not criticise one of them because they were right,” said Huddersfield manager David Wagner.

“We were everything but a Premier League club last summer, but we have given it a go. We have showed everybody that we are humble but we are ambitious.”

At the Etihad, champions Manchester City added three more records to a sensational season by breaking the previous best Premier League marks for wins, points and goals in a 3-1 victory over Brighton.

Toure was an inspirational figure in City’s first two title wins of a free-spending era under Sheikh Mansour’s ownership.

However, he has been relegated to a supporting role this season in a supremely talented squad that has now racked up 31 wins, 105 goals and 97 points to beat Chelsea’s hitherto records of 30 wins, 103 goals and 95 points.

“Thank you for being such a wonderful team-mate,” City captain Vincent Kompany told Toure.

“If there is ever going to be a legend at this club it is this man.”

Leroy Sane bagged a hat-trick of assists for City as Danilo, Bernardo Silva and Fernandinho found the net.

Arsene Wenger’s penultimate game in charge of Arsenal ended in depressingly familiar fashion as the 10-man Gunners were defeated 3-1 at Leicester.

Arsenal remain the only team in England’s top four leagues without a point away from home this year having now lost seven straight Premier League games on the road.

Kelechi Iheanacho had already fired the Foxes into an early lead before Arsenal were reduced to 10 men when Konstantinos Mavropanos was shown a straight red card for hauling down Iheanacho.

Pierre Emerick-Aubameyang scored his ninth Arsenal goal in just 13 appearances since a club record move from Borussia Dortmund in January to draw the visitors level.

But Arsenal were left ruing another refereeing decision as Demarai Gray tumbled inside the area and Jamie Vardy rifled home the resulting penalty before Riyad Mahrez added a late third for Leicester. – Agence France-Presse