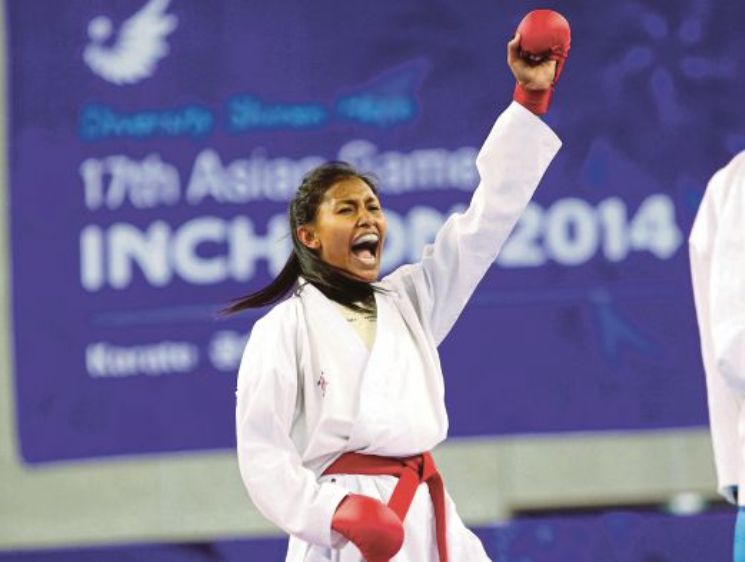 THE Negara Ku was heard loud and clear at the Gyeyang Gymnasium for the second day running on Friday when Asian Games debutant Syakila Salni Jefry Krishnan was a runaway winner with a massive 10-2 scoreline to take the gold medal in the women’s women’s kumite (below 61kg) final against Barmo Mirzaeva of Uzbekistan.

In the first round Syakila defeated Princess Diane Sicangco of the Phillippines 3-1 and in the quarter-finals outplayed Vietnam’s Han  Bui Thi Ngoc 4-1. China’s Yin Xiaovan was Syakila’s victim in the semi-finals with the Malaysian exponent coming off 2-0 winner.

Syakila’s gold was the second for the Malaysian karate team in Incheon on a day when Malaysia also won two bronzed medals through S. Senthil Kumaran in the men’s kumite (below 55kg) and Shree Sharmini Segaran in the women’s (below 65kg).

Malaysia’s first gold in karate was delivered by Lim Chee Wei in the men’s kata on the first day of the competition on Thursday. Syakila’s gold medal took Malaysia’s gold medal tally to five at the 17th Asian Games which come to a close on Saturday. The gold tally is still short of the eight gold medal target.

Syakila is only the second Malaysian female exponent to win an Asiad gold. The first was S. Premila who won in 2002.

Just like Syakila, Senthil was also making his Asian Games debut and was thrilled to bits with the bronze and was quick to point out that it will spur him on of better things to come in his karate career.

Senthil, however, had the judges to thank for ruling in his favour his bronze medal bout against Indonesia’s Suryadi ended in a 4-4 stalemate.

In the first round Senthil outplayed South Korea’s Gu Juyeong 3-1 and in the quarter-finals whipped Nepal’s Bijya Lama 7-0. However it was a different story in the semi-finals for the Malaysian who was no match for Saudi Arabia’s Alharbi Abdullah Imubarak and lost 8-0. 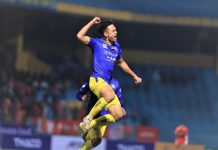