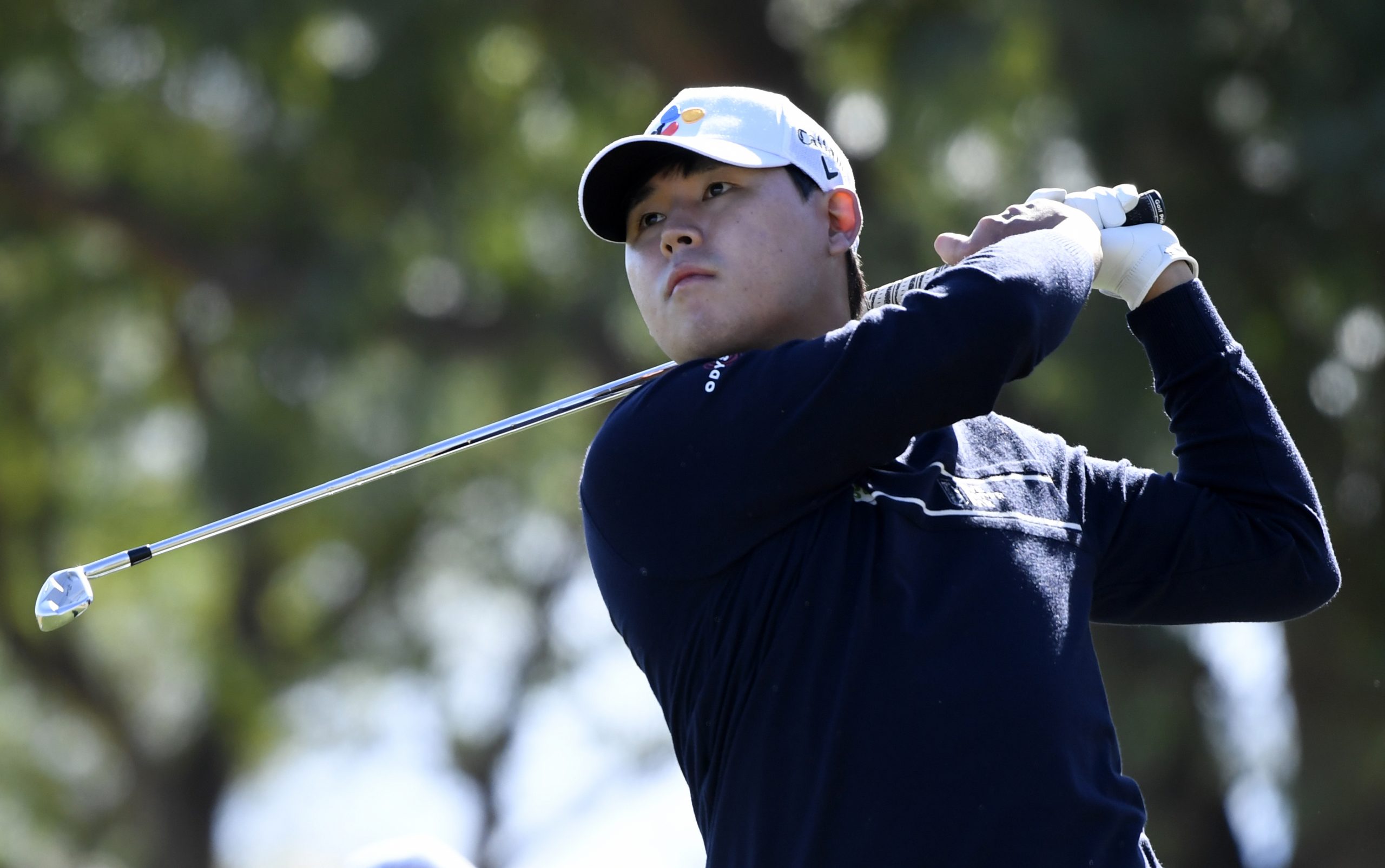 Korea’s Si Woo Kim stayed firmly in contention at the halfway stage of the Masters Tournament despite putting with a three wood over his final four holes en route to a 3-under 69 in the second round on Friday.

The 25-year-old Kim damaged his flatstick on the 15th greenside after slamming it into the ground following a flash of frustration caused by three-putting the previous hole for his lone bogey of the round and hitting a poor chip at the next hole.

However, with four birdies on his card at Augusta National, Kim enters the weekend rounds just three back of leader Justin Rose and in a share of sixth place, with amongst others Hideki Matsuyama of Japan, who fought to a 71 to lie on 4-under 140.

“I was lucky … the last few holes, I only had a birdie putt, so no pressure to make it,” said Kim of his adjustment on the greens. “Just frustration, like 14 (bogey), 15 chip. Just that’s not on purpose, but it was broken.”

A three-time PGA TOUR winner, Kim came close on the par-3 16th hole but missed his birdie attempt from 13 feet before getting home safely with two more regulation pars. As his putter was damaged during the normal course of play, he could not replace it immediately but will be able to put in a new putter before the third round where he will play alongside Cameron Champ.

With last year’s joint runner-up and countryman Sungjae Im (77-80) missing the halfway cut, Kim will now carry Korea’s hopes as he attempts to become the first Asian to win the Masters title and slip on the famous green jacket. K.J. Choi was third in the 2004 edition.

Asked if he had dreams of winning the Masters when he was growing up, Kim said: “When I was kid, every time watching Masters and every major. It’s an honour and like proud of myself. Then I hope (I’m) still there Sunday,” he said.

Kim’s driving was impeccable as he missed only one fairway and hit 13 greens in regulation. His four birdies were from inside of eight feet, and he missed an eagle attempt on the par-5 13th hole from 11 feet.

Matsuyama, who holds two top-10s at Augusta National, made an eagle on 13 when he brilliantly holed out from off the green. He pencilled down two other birdies on nine and 15 against three bogeys. This is the second straight year he is entering the third round in T6.

“It was quite different from yesterday’s conditions, but all in all, I played well again and happy with my round,” said the 29-year-old, who holds five wins on the PGA TOUR.

“It was a bit lucky (on 13), but happy it went in. I like my position, but I’ve got to keep working, and hopefully tomorrow I’ll be in the same position or even better.”

Matsuyama is keen to emulate fellow Japanese, Tsubasa Kajitani who won the Augusta National Women’s Amateur last Sunday. His best finish at the Masters was in 2015 where he finished fifth.

Chinese Taipei’s C.T. Pan, who shared seventh place here last November, added a 71 to his opening 79 to miss the halfway cut which was set at 147. Other top names to miss the cut included defending champion Dustin Johnson (74-75) Lee Westwood (78-71) and Brooks Koepka (74-75).