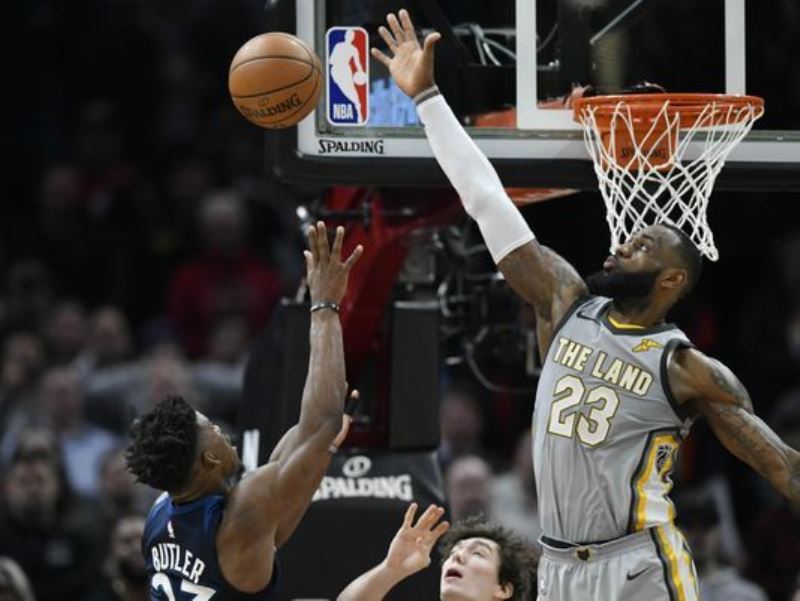 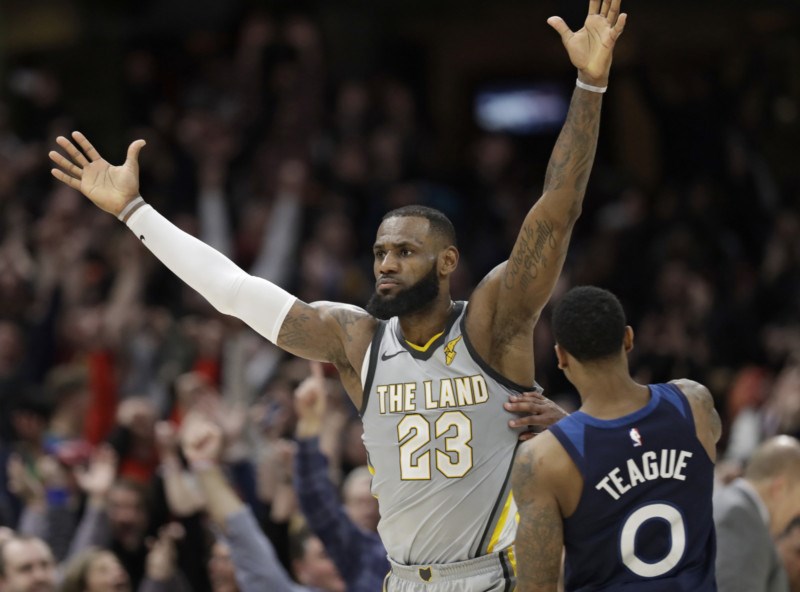 LeBron James drained a fadeaway jump shot at the buzzer in overtime on Wednesday to lift the embattled Cleveland Cavaliers to a 140-138 NBA victory over the Minnesota Timberwolves.

James finished with 37 points, 15 assists and 10 rebounds for his ninth triple double of the season and the 64th of his career.

With a second to go in overtime he produced a crucial block of a shot by Jimmy Butler and after a timeout the Cavaliers had a chance to bring the ball inbounds.

Jeff Green threw it down to the foul line where James caught it, turned and beat Butler with the game-winner.

It was a much-needed win for a Cavs team in turmoil, having lost their last two games by a total of 50 points — including a humiliating 116-98 loss to the Orlando Magic on Tuesday.

“It was a great win for us,” James said. “We needed this after that tough loss last night.”

The Cavaliers are now 7-13 since Christmas. Their struggles have been so severe that James was even asked if he would consider waiving his no-trade clause if the team could make a deal for him by Thursday’s trade deadline.

James said he “couldn’t give up” on his teammates in that way — although that didn’t curb speculation that the Cavaliers could look significantly different by Friday as they try to find a way to get their bid to reach a fourth straight NBA Finals back on track.

In the meantime, however, the current Cavs pulled out all the stops to avenge their 28-point loss to Minnesota on January 8.

The teams combined for an NBA record 40 three-pointers.

Butler led the Timberwolves with 35 and Karl-Anthony Towns added 30.

Butler drove to the basket against Cavs rookie Cedi Osman with a chance to win it, but James came from the weak side and rose to swat the shot away.

Smith came up with the rebound to set the stage for the winning play.

“Coach Lue called up a great play,” James said. “Jeff Green gave me a heck of a pass and I just trusted my instincts to let it go.” – Agence France-Presse