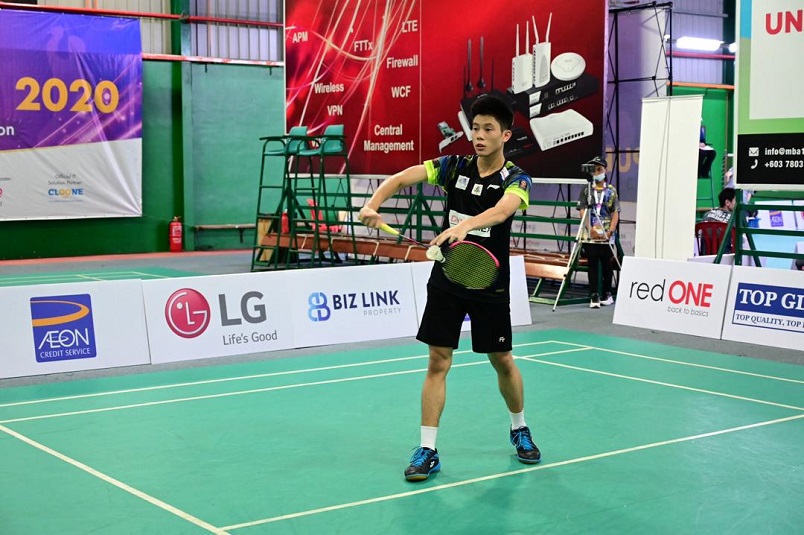 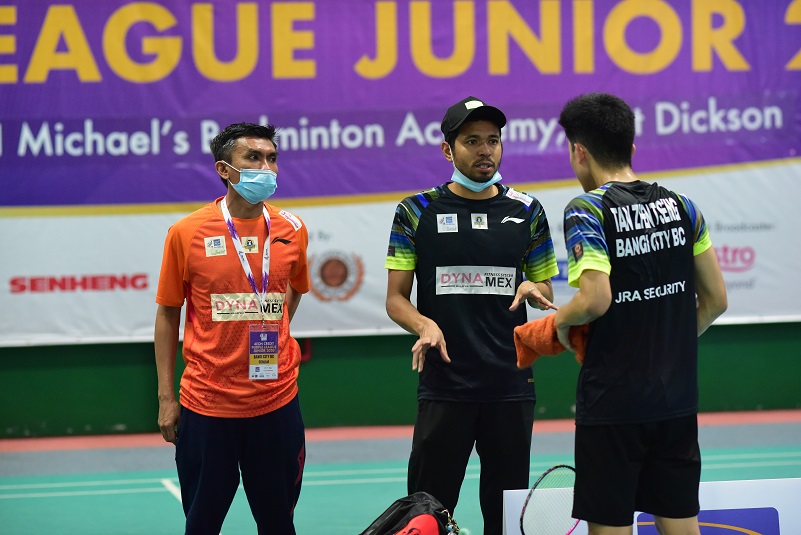 AEON Credit Purple League Junior which kicks off today saw Bangi City BC, founded by shuttler Iskandar Zulkarnain, gaining leads in the first day of competition by sweeping Setapak BC and Sepang BC, and is set to compete with Klang BC in the final tie tomorrow.

Bangi City BC won 15-0 and 14-4 against Setapak and Sepang respectively.

In an interview after winning the match, Tan Zhen Tseng said that since it was the first match, he had to adapt to the light and wind at first, but fortunately adapted quickly and was satisfied with his performance.

“The opponent is very aggressive but I made sure that I was mentally prepared for the match. Luckily that paid off in the end.”

The player started playing at the age of five but he hasn’t been able to shine until the last two years.

“Before this, I haven’t set any direction in my life and thus, I haven’t played aggressively in tournaments. But now after gaining some confidence from this match, I’ve decided to move forward in that direction to maintain the momentum.”

Iskandar praised his player for his hard work and good attitude.

“He’s mature and he has reached a stage of transformation where he has to decide his goals in life. The most important thing is that he wants to go further.”

“Both of our men’s singles players are attacking players and the 11-point system in this tournament is very good for them to keep them in good shape and to maintain their stamina.”

He wants his players to take advantage of the competition and perform well so that their talents can catch the eyes of the Badminton Association of Malaysia (BAM). If his players can beat the more experienced players, it’s closer to the goal.

As the team was formed less than a year, Iskandar didn’t want to put too much pressure on his players but is still harbouring hope to make it to the finals in Putrajaya.

Klang Rising BC, another strong team in Group B, also outclassed others, thwarting Sepang BC and Kajang United BC in a 15-1 and 15-2 defeat to take a place in the final with Bangi City, where the two sides will battle it out tomorrow to advance closer to the championship finals.

Meanwhile in Group A, after DSBC Labuan BC withdrew from the tournament due to the outbreak, only four teams competed for a place in the final.  Seremban City BC defeating Setia Alam BC and the S2 All Star BC to reach the final with one win and only one step away.

This event is scheduled to be hosted in four regions within the country, with Port Dickson being the first tournament kick-off venue. Out of a total of eight teams, the top two teams in Group A and Group B will compete for the title in the finals in Putrajaya.

Setia Alam BC lost to Seremban City BC 9-11

Setapak BC lost to Bangi City BC 0-15

Klang Rising BC won Sepang BC 15-1

Setapak BC lost to Kajang United BC 2-15