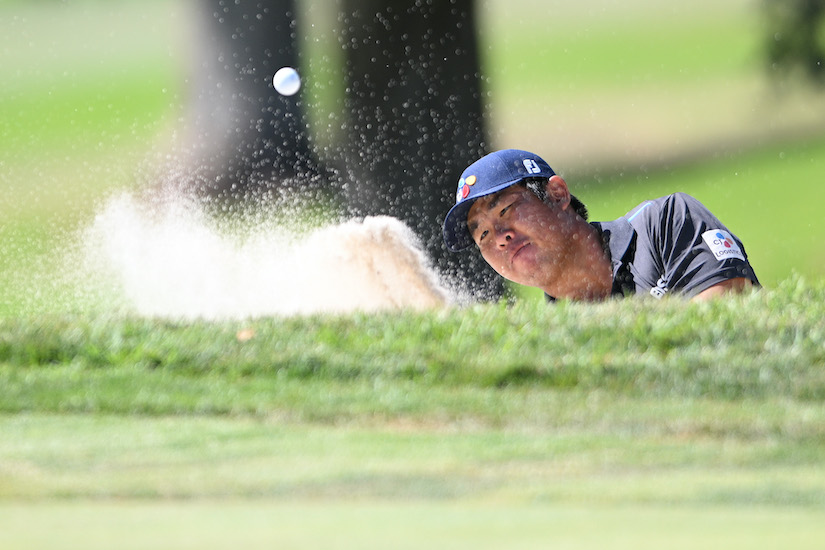 Korea’s Byeong Hun An ended the third round at the Fortinet Championship on Saturday just as he started, two strokes off the lead as he chases for a maiden PGA TOUR win.

It wasn’t quite the 31st birthday to remember as An was disappointed with his haul on the par-5s at Silverado Resort and Spa North course in Napa, California en route to a 1-under 71 where he was 2-over on those scoring holes. On Friday, he sank three birdies and one eagle which pushed him into contention in the PGA TOUR’s 2022-23 season-opening event.

Justin Lower, playing alongside An, carded a fine 69 to seize his career first third round lead on 13-under, with defending champion Max Homa (72) and former Masters winner Danny Willet (72) lying one back in joint second.

“Yeah, it was tough out there,” conceded An. “It was a little breezy, greens getting firmer and firmer. I feel I played decent all the way through. Got a bit unlucky, went out of bounds on No. 5, the par 5. Hit a good shot, but just caught a flyer so nothing to do about it. Then with the double on 16 as well, that kind of hurts. I didn’t score as well as yesterday on the par 5s, but it’s golf.”

An began his day nicely with three birdies against a lone bogey to turn in 34 and then grabbed the lead with an eight-foot birdie on the par-3, 15th hole. A pulled second shot into the par-5 16th saw his ball resting against the roots of a tree which he took a penalty drop. His subsequent recovery fourth shot struck a branch as his ball ended short of the green and he needed three more stabs to stagger off with a double bogey seven.

Making his return on the PGA TOUR after spending one season on the Korn Ferry Tour, An, who was once ranked in the world’s top-30, remains optimistic for a first win. “I’m still hitting it pretty good, I feel like I’m rolling it decent. Tomorrow’s going to be a rainy day, so hopefully my long game will help,” said An, whose holds three career runner-up finishes at the 2016 Zurich Classic of New Orleans, 2018 Memorial Tournament and 2018 RBC Canadian Open.

China’s Marty Zecheng Dou sank four birdies against two bogeys for a 70 and T13 at 8-under, five back of the leader. The 25-year-old, who is starting his second stint on the PGA TOUR after his debut in 2018, is seeking a career first top-10 in what is his 28th start this week.

Korean rookie S.H. Kim of Korea carded a 71 for 7-under and will enter Sunday’s final round, which tee times have been brought forward due to impending poor weather, in a share of 17th position.