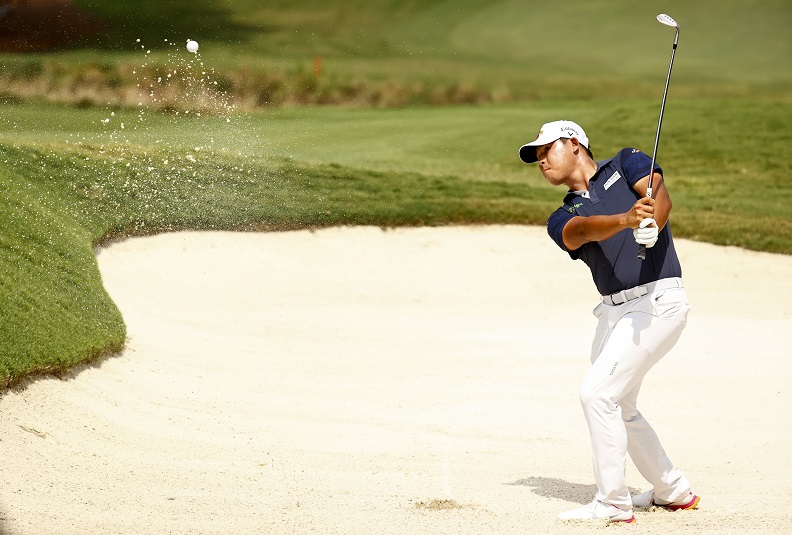 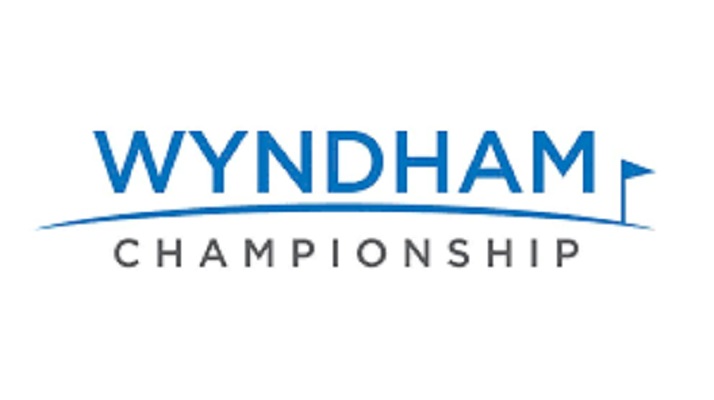 Korea’s Si Woo Kim came agonisingly close to a second victory of the season at the Wyndham Championship on Sunday as he led five other Asian stars into the lucrative FedExCup Playoffs which begins later this week.

Starting the day six off the lead, the 26-year-old Kim fired a closing 6-under 64 at Sedgefield Country Club to join a six-way playoff which American Kevin Kisner triumphed following a birdie on the second extra hole.

Kim, who won his career third PGA TOUR victory at The American Express in February, has now qualified for his sixth successive FedExCup Playoffs at 30th position on the points list, with other Asians joining him for a crack at the US$15 million top prize including Hideki Matsuyama of Japan (14th), Korea’s Sungjae Im (31st), K.H. Lee of Korea (34th), C.T. Pan of Chinese Taipei (118th) and India’s Anirban Lahiri (121st).

The top 125 will tee up in THE NORTHERN TRUST at Liberty National in New Jersey on Thursday, followed by the top 70 at the BMW Championship and the leading 30 at the Playoffs Finale, the TOUR Championship which will crown the new FedExCup champion.

“Yeah, it was great round,” said Kim. “First three holes kind of boring, like I didn’t make birdie. Then I try to just keep patient, I don’t think about like winning, just try to be inside the top-10,” added the Korean star, whose finish was his fifth top-10 of the 2020-21 season.

He birdied the fourth hole from 17 feet and then made eagle on the next hole from seven feet to begin his run up the leaderboard. Three more birdies on 10, 13 and 17 put him on 15-under 265 in the clubhouse which got him into the playoff which also featured Adam Scott, Kevin Na, Roger Sloan and Branden Grace.

The tied second finish was Kim’s fourth top 5 at the Donald Ross-designed Sedgefield, which include his maiden TOUR victory in 2016. “I won here so that was like everything, like was a dream winning on the PGA TOUR. And then I have like three top-5s on this course, so I feel so comfortable and I love this place,” said Kim.

Countryman Sung Kang, who needed a win at Wyndham to qualify for the Playoffs, came in tied 15th after closing with a 67 while Lee also shot a 67 to settle for a share of 24th position alongside Im, who signed off with a 68.

Pan, the bronze medallist at the Olympic Games in Tokyo, closed with a 67 to finish tied 29th to ensure a return into the FedExCup Playoffs after missing out last  season, as with Lahiri who overcame three early bogeys in his opening six holes for a 70 which ensured his Playoffs return as well.

“It was nice to finish strong,” said Lahiri, who birdied his closing two holes to safeguard his place in the top-125 of the FedExCup points list.

“And the funny thing is of those three bogeys, every single one of them I was on the fairway. So I think the first six holes it was just going downhill and I had to kind of really gather myself and kind of centre myself and get back to doing what I’ve been doing well. I knew I needed to make a few birdies coming in just to be safe for the Playoffs, so that feels good. I’d be lying if I say I’m not relieved. I played the Korn Ferry Finals in 2019 after losing my card and then I had a horrendous season, I played awful. I feel like I’m getting closer to my A-game, which I know is good enough to compete with the big boys. It’s a relief that I can at least plan a schedule to some extent, I’m not waiting until Monday to see if I’m going to be first alternate or in and that’s been the case a number of times in these last two years.”

Weather: Cloudy. High of 83. Wind E 4-8 mph. Due to anticipated thunderstorms, final-round tee times were moved to 7-9:12 a.m. ET in threesomes off Nos. 1 and 10. Due to wet course conditions, preferred lies were in effect.